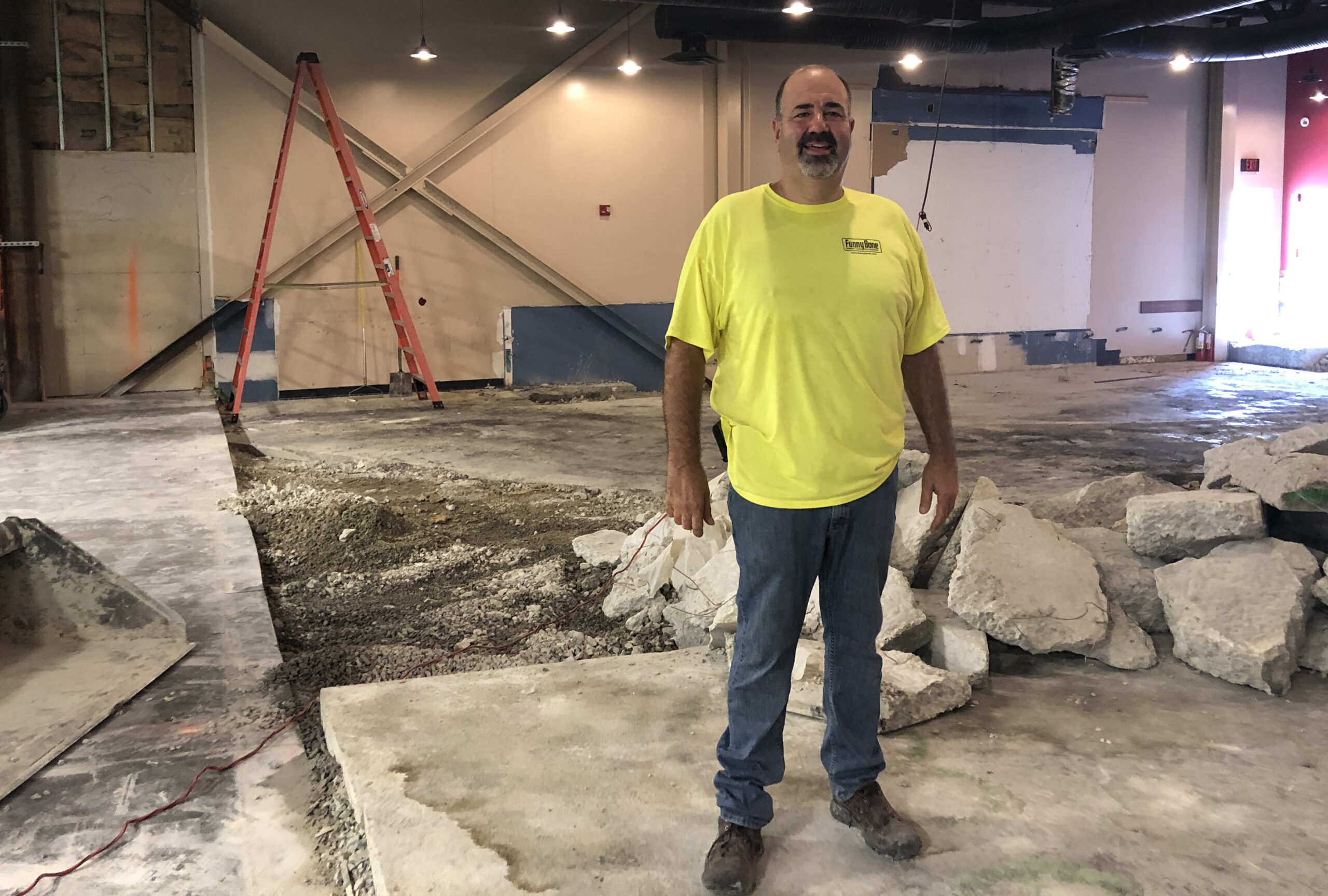 As it undergoes an expansion to nearly double its seating, Funny Bone Comedy Club at Short Pump Town Center is creating a neighboring entertainment venue.

Funny Bone’s owners are opening DraftCade, an arcade bar concept in the former Children’s Museum of Richmond space that will be attached to the revamped comedy club.

DraftCade is a fledgling chain created by Todd Leinenbach and Blake Blessinger, who own 18 comedy clubs nationwide. They opened the Short Pump Funny Bone when the mall opened in 2003.

They’ve opened two other DraftCades to date in Kansas City and Toledo, each attached to a comedy club. Having an arcade bar and comedy club as neighbors is a natural fit, Leinenbach said.

“I’ve been doing this for 28 years and it’s one of the best things we’ve ever done,” he said. “We’ve done stuff like pizza joints, sports bars and blues clubs, but it’s amazing how well (DraftCade) complements the comedy clubs.” 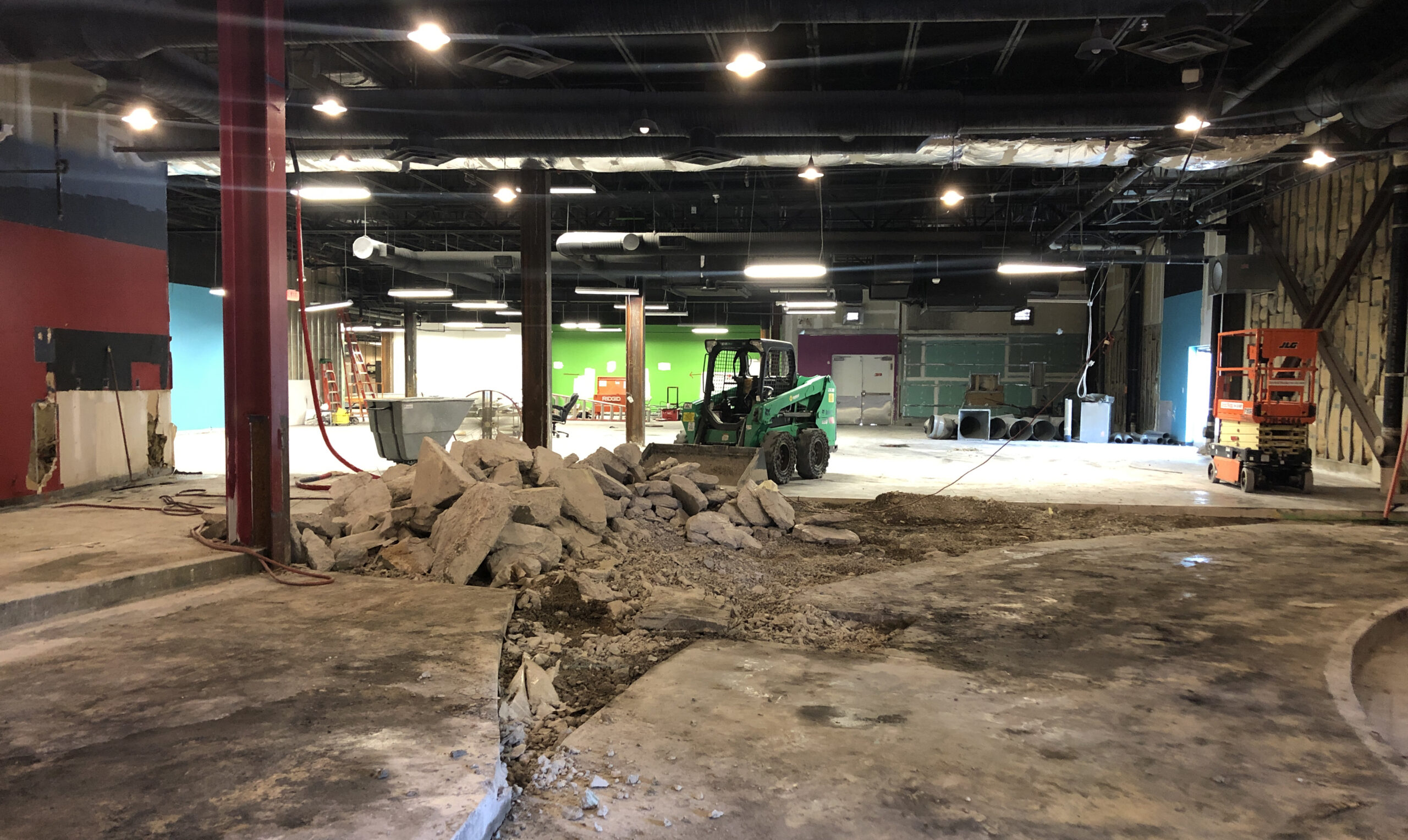 The former Children’s Museum of Richmond space had to be gutted to make way for DraftCade.

Leinenbach is also working as the general contractor for the sizable expansion of Funny Bone, which will see its seating capacity go from 275 to 400. He said they’ve been eyeing an expansion of the Short Pump club for years.

Combined, the new comedy club and DraftCade will occupy about 15,000 square feet at the mall, up from the Funny Bone’s old footprint of 6,800 square feet.

Leinenbach estimates they’re spending about $2 million on the renovations, which required a full gutting of the old spaces. 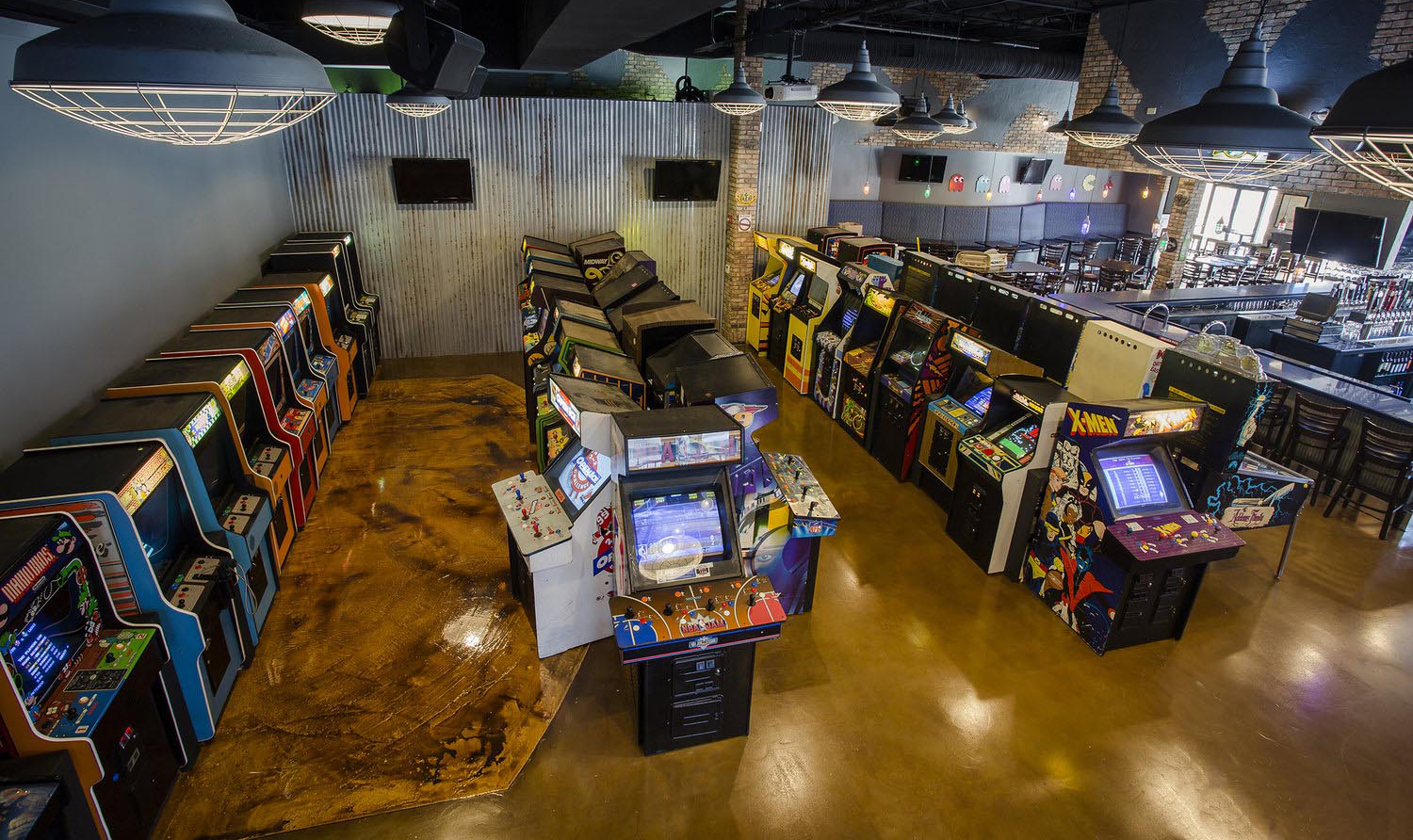 The Kansas City DraftCade that the Richmond one will be modeled after. The games will be primarily from the late 1980s and early 1990s. (Courtesy of DraftCade)

DraftCade has over 60 arcade video game cabinets, 10 pinball machines, six Skee-Ball lanes and two arcade basketball machines. The bar will have a full food menu and over 60 craft beers on tap.

It’s the latest arcade-bar to open in the Richmond region. Others include The Circuit in Scott’s Addition and Dave & Buster’s in West Broad Village.

While other arcade bars have customers use tokens to activate games, DraftCade charges between $8 and $10 for a wristband that allows unlimited gaming.

Leinenbach said they’re aiming to have DraftCade open in late October, with the Funny Bone’s reopening coming a few weeks after that.

Elsewhere in the mall, activewear brand Fabletics is preparing to open its first Richmond-area shop in the former Oakley space. The mall’s owners also recently struck a $3.2 million deal to acquire the vacant Nordstrom building on the mall’s southeast end.

Please have a Tron!!

I always loved the sit down Star Wars, Time Pilot, and Battlezone!

This is exciting! We can’t wait to check out both spaces (and hopefully see John Heffron at Funny Bone again soon).