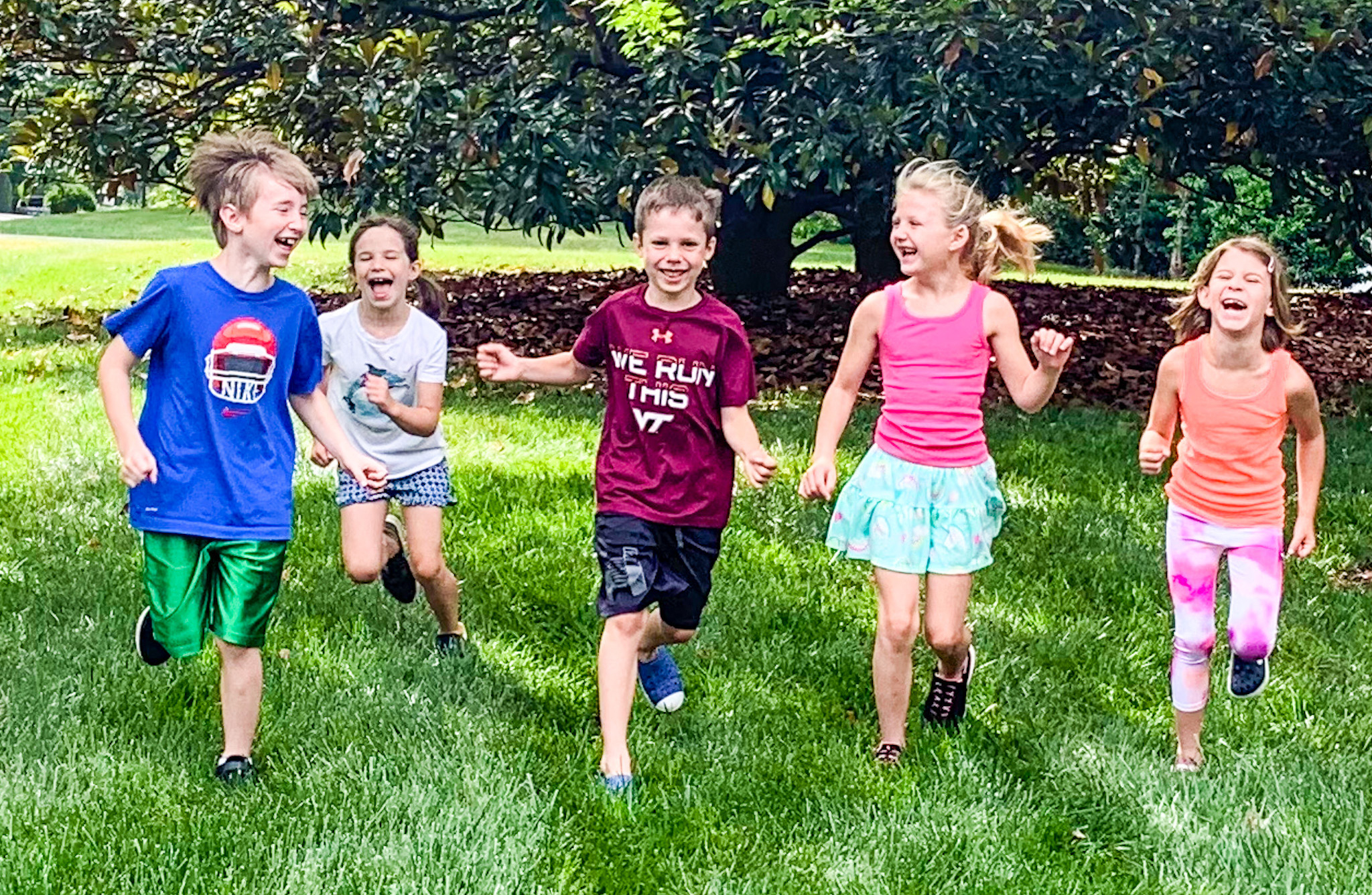 What began as a pandemic-era parent workaround for a small group of elementary school students has turned into the area’s newest private school.

Lindsy Wiltshire, a mother of three and former third and fifth grade teacher in Henrico County, is launching Richmond Primary School. The fledgling school will kick off its first full academic year on Sept. 8, catering to kindergarten through third grade.

The school for now is operating out of St. Matthew’s Episcopal Church at 1101 Forest Ave. with an inaugural class of at least 15 students.

Wiltshire, who taught from 2006 to 2014 at Echo Lake Elementary and Highland Springs Elementary, said she and two other former teachers got together and created a pod during the initial phase of the pandemic to support kids who had been doing virtual school through Henrico County. That included her son, who was in kindergarten when the pandemic hit.

“We wanted to support the kindergarten through second grade kids because we knew their grade level was very fragile,” Wiltshire said. “Any time those kids hopped off the computer, we were able to teach them lessons in person.”

The small pod started as three classrooms set up in a home. They taught 21 kids over the course of the year. The momentum toward branching out into a formal school began last November, as the last school year progressed in fits and starts because of COVID.

“I was teaching all of the first grade students at the time, including my son, and we ended up un-enrolling all of those kids from Henrico County and I just homeschooled the rest of them for the rest of the year,” Wiltshire said. “We saw vast improvements in their education and learning and saw that they really needed to be in person with a teacher and touch the books and materials.”

Wiltshire said that the parents were happy with the results and the socialization the kids received, prompting her and her group of teachers to make a go of it. 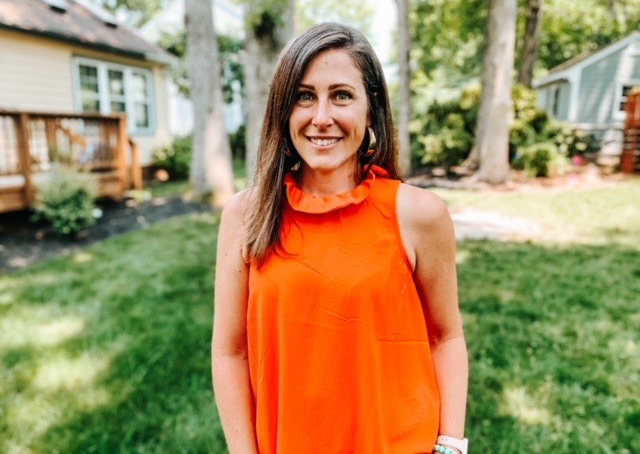 Lindsy Wiltshire, a mother of three and former teacher in Henrico County, is the director of the Richmond Primary School.

They set about searching for a space for the school, reaching out to about 15 different churches. While Richmond Primary is not affiliated with any specific denomination, it is a Christian school, Wiltshire said.

“We felt like a church would be the perfect atmosphere for the school, and we also wanted to give (the kids) a little bit more than what they were getting in the public school environment and incorporate some faith-based lessons,” Wiltshire said.

The St. Matthew’s space became available after the church’s 35-year-old preschool shut down following the pandemic.

“I don’t have plans for a future building yet, but I do anticipate that we will outgrow this space. We plan to add one grade per year; our goal is pre-K through fifth grade.”

Currently, the school has three teachers. Wiltshire will be acting as director and a teacher for the first year. There are also four other faculty members, including an administrator and part-time art, music and Godly Play instructors.

The initial student body is composed of 15 children between kindergarten and second grade. Wiltshire said they plan to also be teaching 3rd grade, but doesn’t have any students enrolled in the grade yet.

Richmond Primary’s all-inclusive tuition is $7,400 a year. Wiltshire said this covers finance fees, field trips and supplies for all grade levels. Wiltshire said that they hope to get the student body up to 20 before the school year starts. They have a cap of 10 students per class.

“Small group learning is really what we specialize in. Last year we had six to nine in each class, and we found that it was such a sweet spot in elementary education where we can reach the children in a really personal and individualized way,” she said. “Whatever their struggles were we can address them directly and intimately with them.” 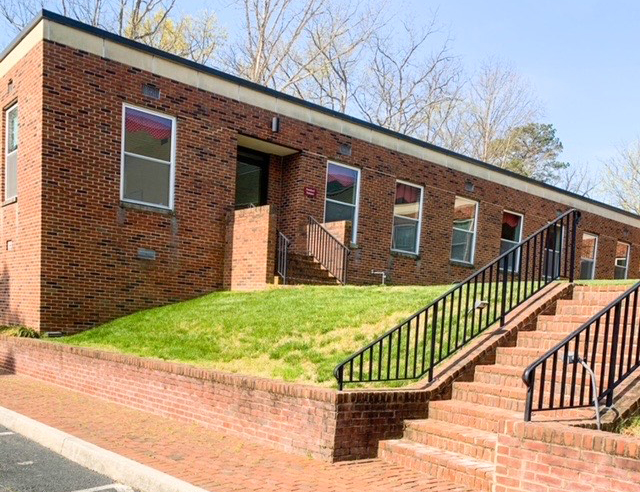 The school will be incorporated as a nonprofit in time. Wiltshire said that the turnaround time for the application for nonprofit status is about six to nine months.

The funding for the school is mostly from tuition. A philanthropist who requested to not be named provided some initial startup costs. Wiltshire and other faculty members are also self-funding.

Wiltshire said that the response from parents has been overwhelmingly positive.

“This is what parents are looking for — a really individualized education for their children in a smaller setting where they know their child is being reached in every way,” she said.

Coming out of the pandemic, Wiltshire is hopeful for the approaching school year and for Richmond Primary’s future.

“The pandemic has not been a positive thing for a lot of people, but in this sense it has presented itself in a positive way. Because of the pandemic, we were able to open and provide a better solution for elementary kids. Not only give them a good place to learn, but also give them a safe place,” she said.

“We’re limiting the risk of transmission by our small class sizes, and we really just hope that in the fall we can kick off with a really great year,” Wiltshire said.

Two questions:
a-what is a “godly play instructor”
b-what , other than the small size, is the school doing to prevent the spread of covid? Masks? Are adults vaccinated?

Is “godly play instructor” some sort of secret?

It is where the instructors all agree that Jesus looked like a white surfer dude with blue eyes.

Hi Ed, Not sure why you’re getting downvoted for these questions. Godly Play isn’t exactly a household word (but it does appear in a Google search) and the writer doesn’t really say what the school’s covid strategy is. Godly Play is an elementary-age Christian education curriculum – think sunday school meets Montessori. This is an oversimplification but it gives you an idea of what it is. The article says that there’s not a specific religious affiliation but it’s not surprising that a school housed in an Episcopal church would offer it – it was developed by an Episcopal priest and… Read more »

“Not sure why you’re getting downvoted for these questions.”

Just goes to show how weak the faith of some people are if they can’t take any question.

This is a terrific example of a positive outcome to a bad situation ( the pandemic). I wish them well in their endeavor, and look forward to hearing about the results in the years ahead.

What a wonderful option you’re offering to parents looking for alternatives to public education. I hope you have an amazing first year!

What a lovely alternative to provide from the drama that has become public schooling. All the very best to you!