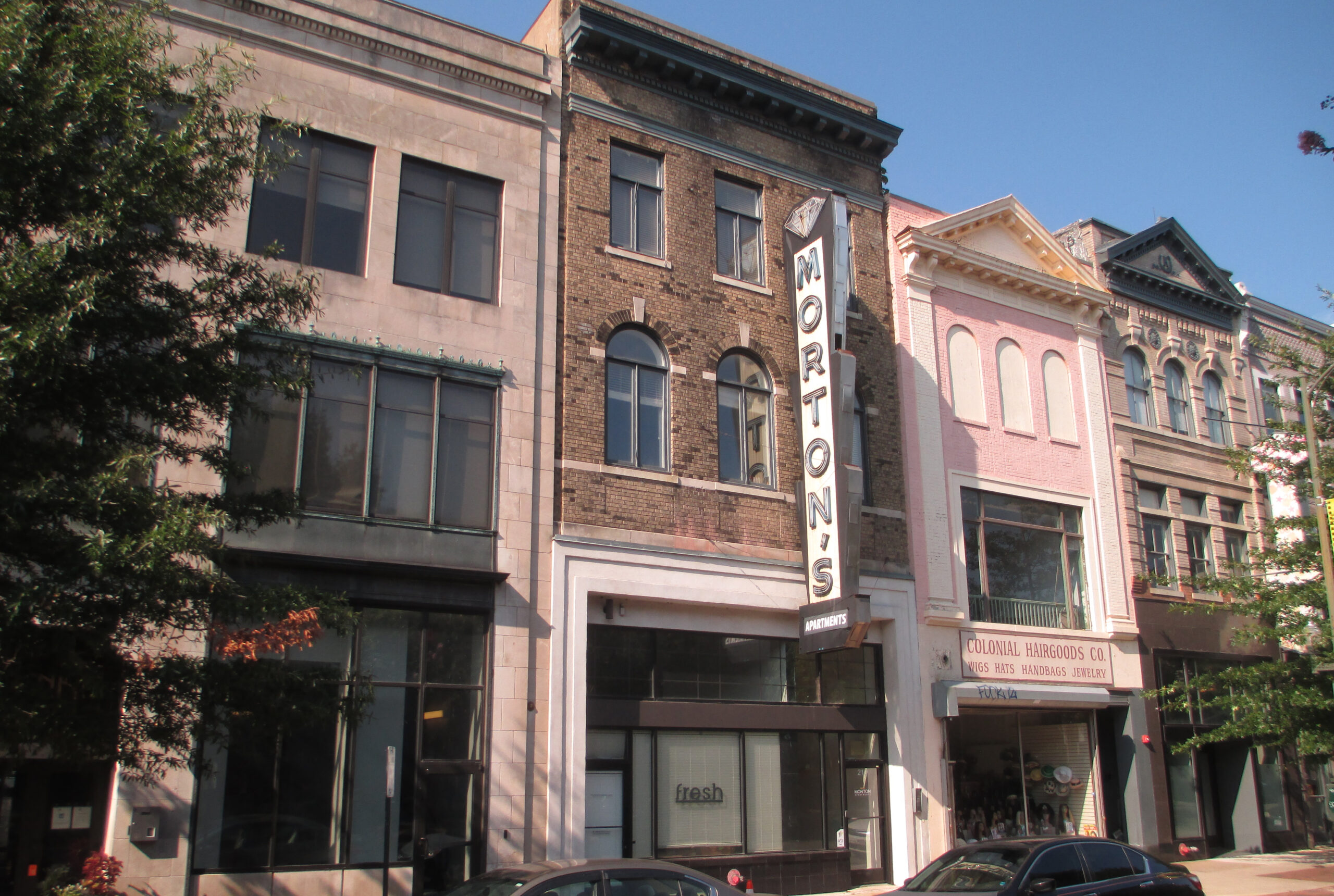 Six months after picking up another building up the street, Duke Dodson has further added to his downtown holdings with an apartment complex adjacent to the former Central National Bank building.

An entity tied to his Dodson Property Management bought the 23-unit Morton’s Apartments at 213 E. Broad St. and 214 E. Grace St. for $3.22 million. The transaction closed Aug. 19, according to seller Levco Management.

Consisting of two conjoined buildings fronting both sides of the block, the property once was home to Morton’s Jewelers before local developer Genesis Properties rehabbed the buildings with a $3.6 million project in 2013. The next-door Central National Bank tower was converted around the same time by Douglas Development into the 200-unit Deco at CNB apartments.

Levco, a local firm that owns five other apartment properties in Richmond, purchased the Morton’s complex in 2018 for $2.2 million. The buildings most recently were assessed by the city at $2.74 million combined.

Dodson, whose firm in February purchased the nearby Atrium on Broad building for $4.8 million, said the Morton’s property is a good addition to its portfolio.

“We are still pretty bullish on the Arts District,” Dodson said. “As we continue to add buildings that we own and/or manage in that neighborhood, we’ll continue to gain efficiencies there.

“I think it’s a great neighborhood. Obviously, it was a tough neighborhood through COVID and the social unrest (last year). But since then, we’ve seen it coming back and we like that neighborhood long-term.” 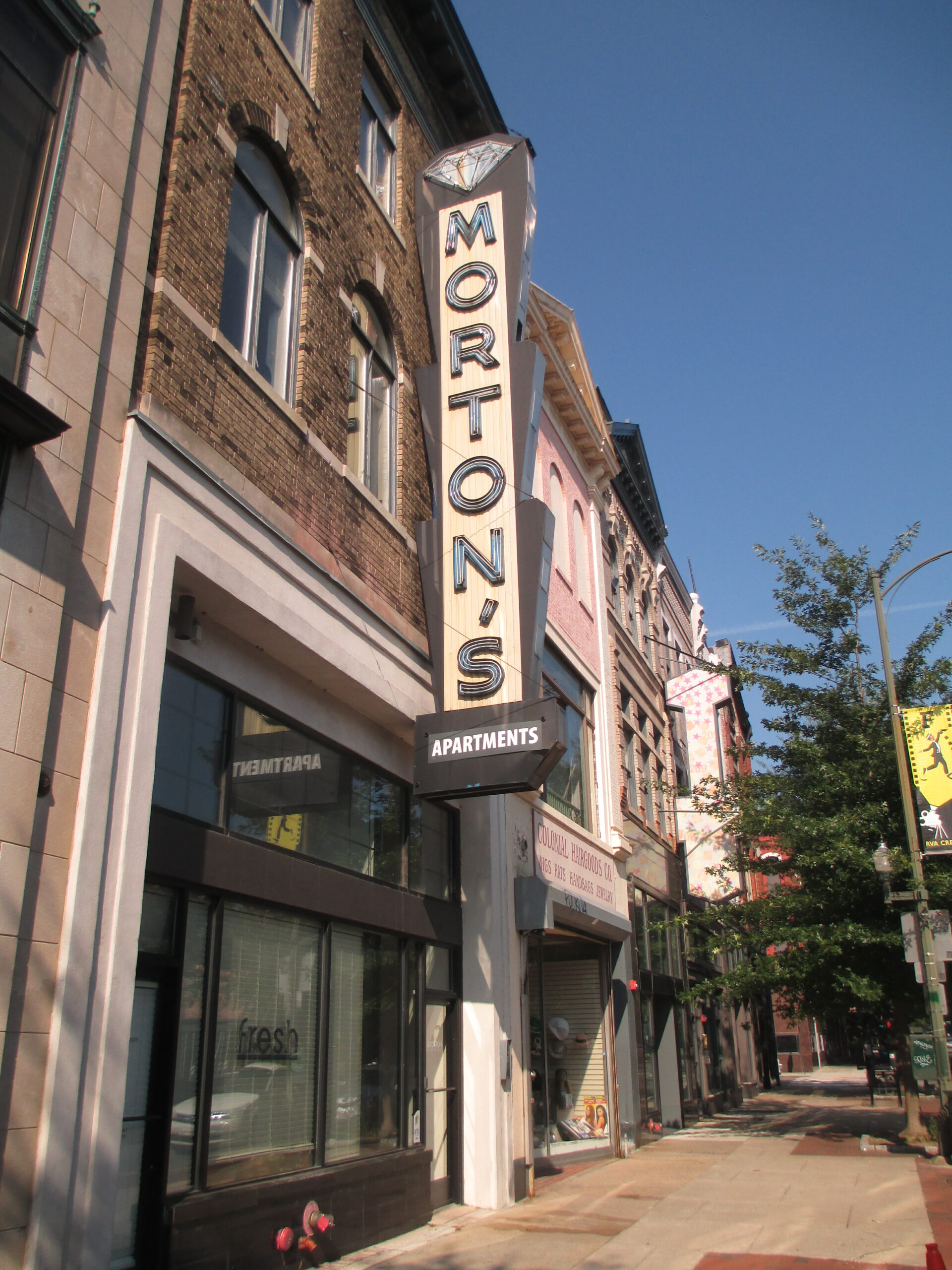 The building features signage from the former Morton’s Jewelers that was once housed there.

Levco’s Max Comess and Jared Levin said the complex was one of two smaller properties in their portfolio that they wanted to unload as they shift the firm’s focus to larger, garden-style apartment properties they’ve picked up in Hampton Roads.

“Broad Street Lofts and Morton’s were our two smallest properties from a unit-count perspective,” Comess said. “This is pruning our portfolio, selling our smaller properties so we can focus on purchasing larger properties more similar to our last few investments down in Hampton Roads.”

Added Levin: “We’re optimizing that portfolio, making things a little more efficient. A small property like that really isn’t efficient for our company at this standpoint, and we had executed on the business plan that we had set out to achieve.”

Levin said they put $150,000 into the Morton’s property, adding a second 600-square-foot retail space on the Grace Street side and upgrading the apartments with low-flow toilets, LED lighting and other energy efficiencies. Both retail spaces are currently leased. 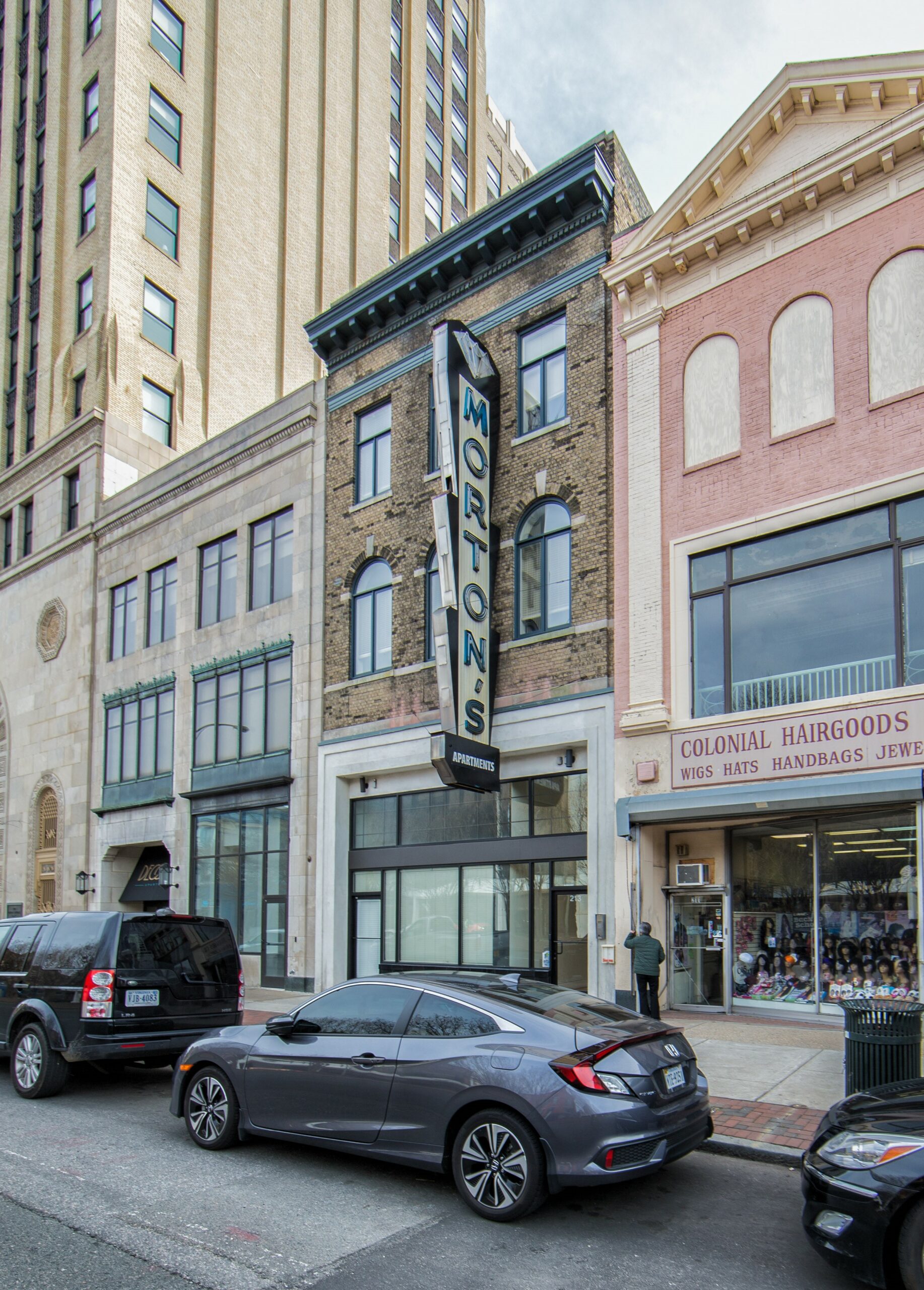 The property is next door to the former Central National Bank tower, now the Deco at CNB apartments. (Courtesy of Levco Management)

Levin said the apartments were fully leased when the transaction closed. The 23
units include one-, two- and three-bedroom floorplans and rent for just over $1,000
on average.

Levco listed the property with One South Commercial’s Tom Rosman and Justin Sledd, who represented the firm in the deal with Dodson.

Dodson said he doesn’t plan on doing much more with the Morton property initially.

“There’s not much that needs to be done, because Jared’s team did a good job with some improvements they made,” he said. “We’ll make some minor, cosmetic improvements, but there’s not a lot to do there.”

The deal follows Levco’s closing in July on a $60 million private equity fund, the firm’s first.

Meanwhile, Dodson is moving forward with a major mixed-use project his Dodson Development arm is doing in Colonial Beach.

He said the $25 million project got underway last week with a groundbreaking for its first phase, which will include 11 townhomes, 12 single-family homes, a pool and a putting green.

The multi-phase development is planned to also include a hotel, office and retail space adjacent to Colonial Beach’s Town Hall.