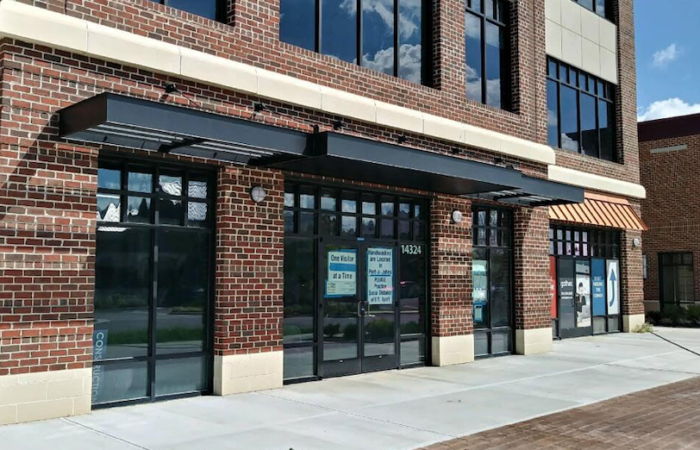 The coming months will bring a longtime Powhatan County restaurant and the second local outpost of a cycling gym to an ongoing mixed-use development in Midlothian.

Four Seasons, which has served Greek and Italian food as well as steaks and seafood at 3867 Old Buckingham Road since 2004, plans to open a location at Winterfield Crossing.

The 25-acre project from Chesterfield-based Blackwood Development is taking shape at Midlothian Turnpike and Winterfield Road.

Four Seasons owner Jimmy Vlasidis hopes to be up and running at Winterfield Crossing in early January. Vlasidis said last week he wasn’t sure yet whether it would be a second location or a relocation of the concept.

Four Seasons will occupy 4,200 square feet on the first floor of the center’s central building that’s home to coworking company Gather. The coworking chain opened its outpost there last year.

Vlasidis said he jumped at the chance.

“Now I have an opportunity to go to Midlothian and put a restaurant in Midlothian where I grew up and I don’t want to pass that up,” he said.

While he plans to mainly stick to his usual menu, Vlasidis said he will introduce a daily and expanded breakfast menu at the new location. Currently the restaurant serves breakfast on the weekends, but Vlasidis sees an opportunity for a breakfast joint to stake out space at the shopping center as it continues to develop.

The new Four Seasons will also add a designated space for dessert preparation and sales in order to further lean into a specialty. The restaurant also plans to introduce milkshakes and ice cream to complement its existing lineup of items like cheesecake, key lime pie and baklava.

“We have a lot of people from Midlothian and the Tri-Cities who come just for our cheesecake,” Vlasidis said.

The restaurant’s new space will be able to seat about 150 inside and another 50 to 60 people on its patio. The restaurant’s current space in Powhatan is about 5,000 square feet with a much smaller patio.

Another newcomer to Winterfield Crossing is Donna Suro’s Cyclebar franchise, which is going south of the river for its second location.

The cycling gym is planning to open in mid-October at 14310 Winterview Parkway, Suite 100, which is in a building next to the Gather building.

Suro plans to open with at least 35 bikes in the gym, though she has 45 bikes on hand to eventually set up in the space.

The area’s original Cyclebar is in the GreenGate shopping center in Short Pump. Suro said gym members had inquired about additional locations, with particular interest in Midlothian and downtown Richmond.

“We had a number of people who requested we open other studios,” she said.

The gym is expected to open with 16 employees.

Other commercial tenants already signed on include Wong’s Tacos from EAT Restaurant Partners and a new satellite taproom from local brewery Triple Crossing.

Peter Vick and Harrison Hall of Colliers handle commercial leasing at the center.

It’s Blackwood day in the news! Nolan is a busy guy. Winterfield Crossing took forever to get approvals but it’s shaping up nicely. Blundon’s 240 apartments are fully occupied and there’s a user for its commercial space too. Another 250 age restricted senior living units are coming soon there, adding more residential living to the center. Guy Blundon will be doing those units too. The entire development, including Main Street Homes townhouses on the opposite side of the street and Thalhimer commercial strip will be Class A additions to an area that is resurging. What becomes of the old Ukrops… Read more »