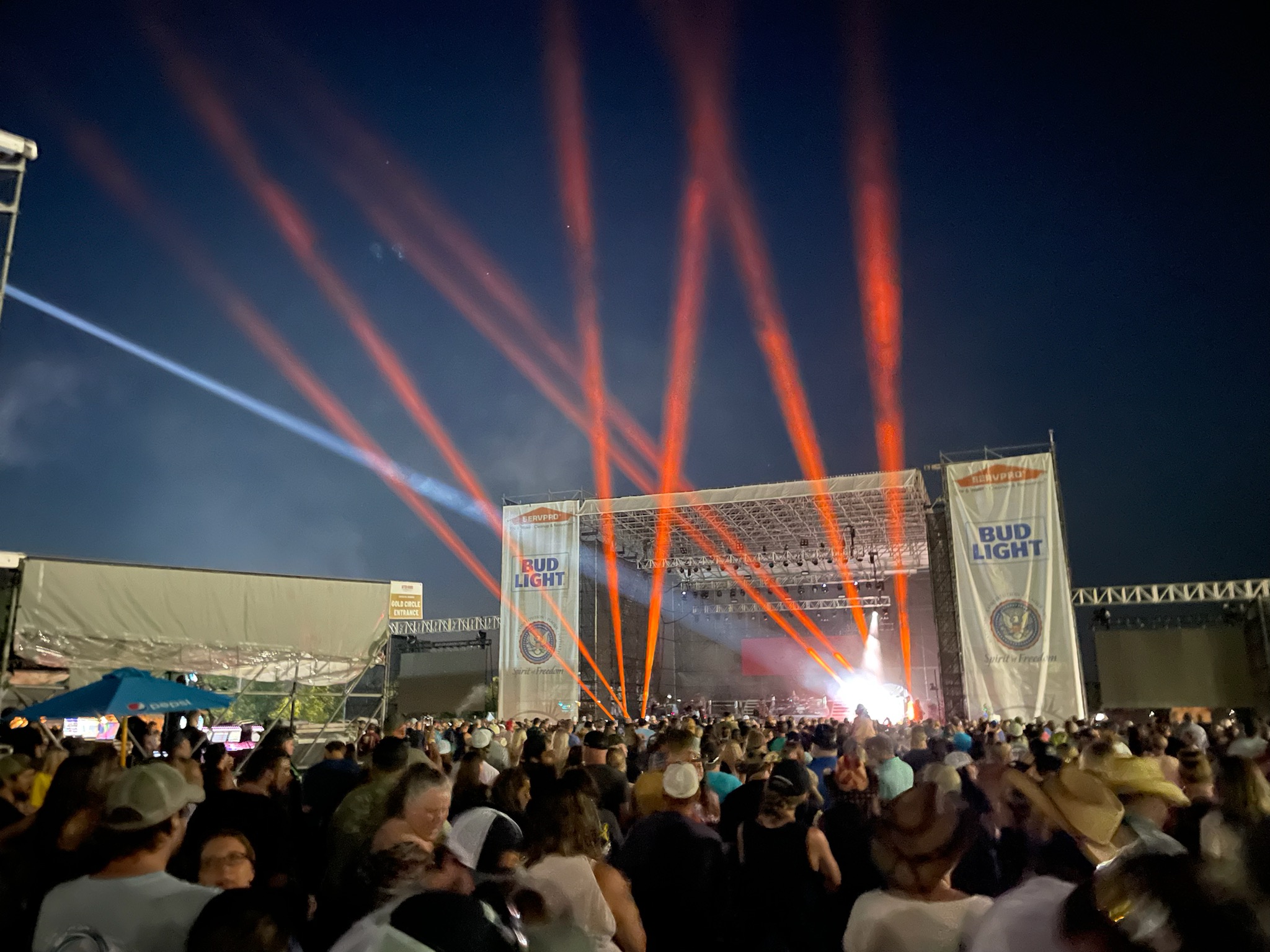 EventMakers plans to create a setup in Chesterfield similar to that of its concerts in Doswell. (BizSense file photos)

The Board of Supervisors last week approved a license agreement to allow EventMakers-USA to host at least one concert this fall at the county fairgrounds as a test run for a potential full summer concert series in summer 2022.

The deal gives EventMakers – known as the longtime promoter of Innsbrook After Hours before starting its own separate After Hours Concerts series at the Meadow Event Park in Doswell – access to a portion of the county-owned fairgrounds at 10300 Courthouse Road where it can erect a stage and other infrastructure needed for concerts.

One show is already on the books: Country music star Chase Rice will play the fairgrounds Oct. 16.

The license agreement runs for an initial 15 months, from Oct. 1 to Dec. 31, 2022. That would appear to give EventMakers the runway it needs to host a series next summer if these initial shows are a hit.

“If these falls concerts prove to be a success, as we know they will be, a full slate may be offered in 2022 at the fairgrounds,” Deputy County Administrator Scott Zaremba told the supervisors at least week’s board meeting.

EventMakers aims for a crowd capacity of up to about 8,500 at the concerts they promote.

The initial agreement calls for EventMakers to pay the county a $2,500 license fee per event along with $1.50 per ticket sold.

EventMakers is permitted to sell alcohol at the shows and it agrees to cover the cost of having public safety personnel onsite.

The company, run by longtime promoter Larry Creeger, also agrees to follow the county’s parameters for what it considers an appropriate musical act.

“Licensee shall only book entertainment acts that are family-friendly and non-controversial, as interpreted by (the county),” the agreement states. “Acts that include extensive profanity, vulgarity, connotations of sexual depravity and perversion, or violence are not permitted.”

Creeger, who could not be reached Friday afternoon, previously told BizSense that EventMakers would look to do at least one additional Chesterfield show in October after the Chase Rice event.

Creeger said his hope for the setup in 2022 would be something similar to After Hours’ capacity in Doswell, which allows for up to about 8,500 concertgoers and typically averages around 3,000.

The Chesterfield series would be separate from EventMakers’ After Hours series in Doswell, which has run a full slate of shows this year even in a pandemic thanks to its all-outdoor venue.