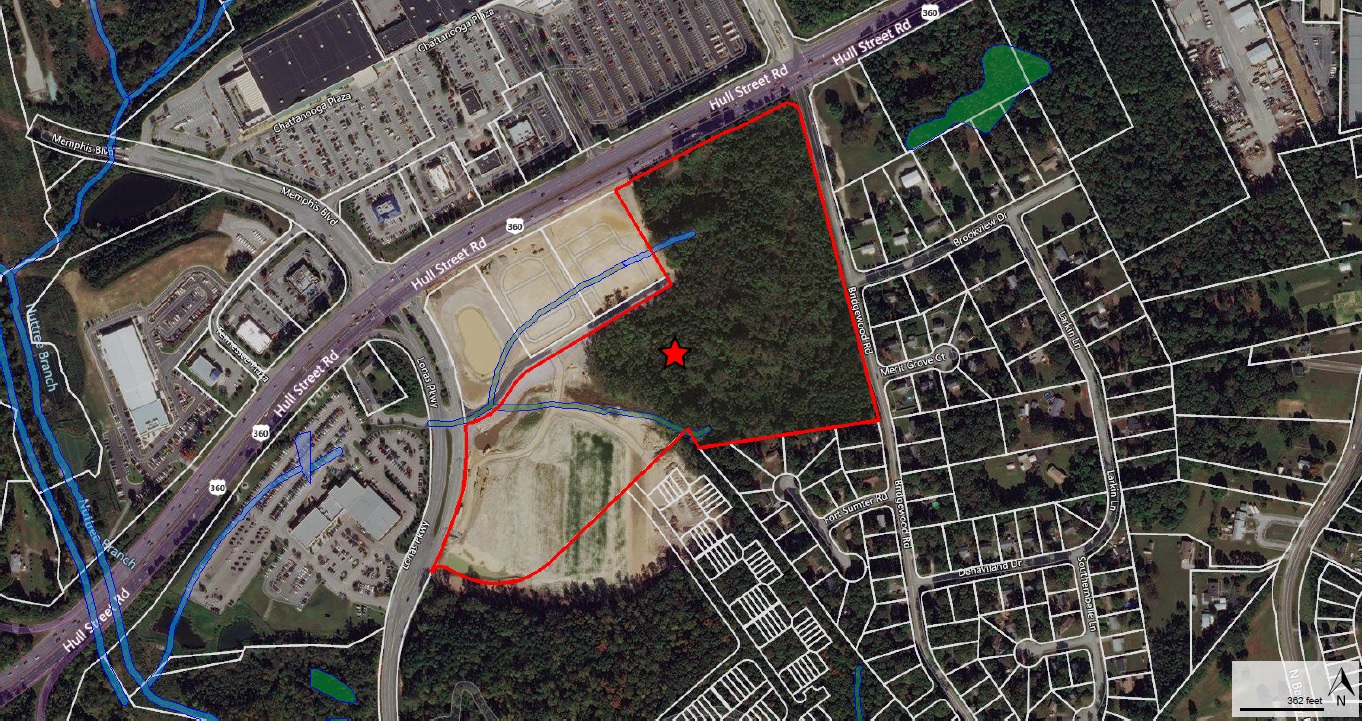 The 28-acre site is across Hull Street Road from the Walmart-anchored Chesterfield Crossing Shopping Center. (Image courtesy of Thalhimer)

After developing a grocery store and gas station next door, a local firm is moving forward with a next phase with its purchase of more land off Hull Street Road east of the Route 288 interchange.

An entity tied to Richmond-based Rebkee Co. recently closed on a 28-acre site on the south side of Hull between Bridgewood Road and Lonas Parkway, where the developer is planning a BJ’s Wholesale Club location, additional retail and potentially a hotel or office building.

The purchase, which involved five parcels, totaled $4.23 million, according to a release this month from Cushman & Wakefield | Thalhimer. The brokerage’s David Smith brokered the deal on behalf of the seller, 360 Capital Partnership LLC, an entity tied to Thomas Allen of Henrico-based Clovelly Corp.

The transaction had not been recorded with Chesterfield County’s real estate office as of Wednesday. Online property records did not reflect ownership history or assessment data for the parcels, which include 12203, 12253 and 12305 Hull Street Road, 12201 Bridgewood Crossing Drive, and 3601 Lonas Parkway.

The site is across Hull from the Walmart-anchored Chesterfield Crossing Shopping Center and just east of the Haley Toyota of Richmond dealership. 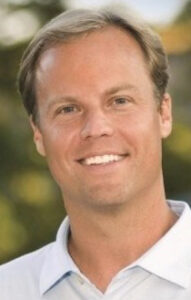 Rebkee principal Dan Hargett said the project will continue what the firm started in recent years with the Aldi grocery store and Dash In gas station it developed at 12431 and 12441 Hull Street Road, respectively.

“Obviously, we think it’s a good location because of the proximity to 288 and with what HHHunt is doing in the rear with Wescott,” he said, referring to the 480-unit townhome development that HHHunt Communities has been developing nearby.

Rebkee’s purchase includes the three smaller parcels fronting Hull between the Aldi and Bridgewood Road, and two larger parcels behind those, where the BJ’s Wholesale Club location and additional development is planned. Hargett said the remaining acreage could house a hotel or office building, depending on market demand.

The location would be the third BJ’s Wholesale Club in the region, with other locations across Starling Drive from Regency mall and on Bell Creek Road in Mechanicsville.

Hargett said additional retailers would take the three outparcels. Rebkee also owns an additional parcel fronting Hull to the west of the Dash In.

Hargett estimated Rebkee’s total investment in the project at about $35 million. He said work to clear the site has gotten underway and they’re aiming to deliver the first buildings in about a year.

“We hope that our users will be opening in the end of 2022,” Hargett said, adding that the land is already zoned for the development and needed approvals from the county have been secured.

Liesfeld Contractor Inc. is the contractor on the project, and Kimley-Horn is handling engineering.

Meanwhile, more additions to that stretch of Hull are in the works, as Chesterfield supervisors last month approved a rezoning for a Wawa gas station and convenience store along Hull on the east side of Bridgewood Road. Goochland/West Creek Limited Partnership is the developer on that project.