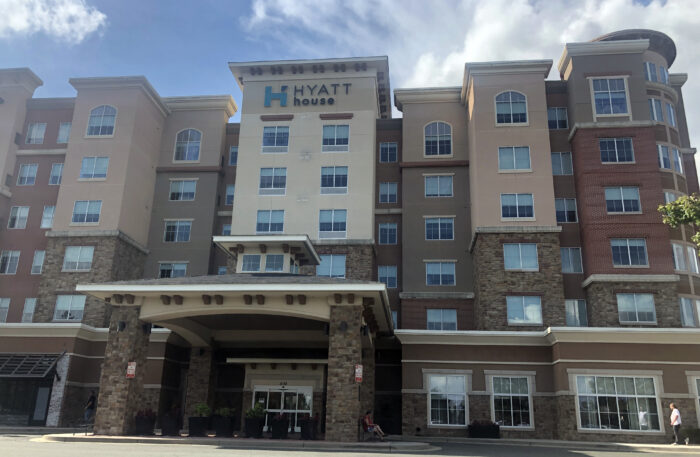 The 134-room hotel’s land at the Short Pump mall is now under foreign ownership.

Another piece of Short Pump Town Center has changed hands – but this time it was dirt that was the subject of the deal.

The nearly half-acre of land on which the mall’s Hyatt House Richmond West hotel sits was sold late last month for $3.3 million.

The buyer was ARA US Hospitality Trust, a Singapore-based real estate investment trust which had already owned the seven-story, 134-room hotel at 11800 W. Broad St., Ste. 1098.

The seller in the deal was Short Pump Town Center’s ownership group of local developers Pruitt Associates, Brookfield Properties of New York and QIC of Australia.

A deed filed in Henrico County on Sept. 23 states that the mall owners and ARA entered a land lease agreement in December 2006 and that ARA has exercised a purchase option on the land.

The hotel opened in 2009 under the brand Hotel Sierra Richmond West before rebranding in 2012. Located at the mall’s northern end, the hotel is contiguous with the mall and shares a wall with The Boathouse restaurant’s space, which was not part of the deal.

Per its website, ARA’s portfolio spans 22 states and includes 41 hotels, the majority of which are Hyatt-branded. The company is traded publicly on the Singapore Exchange but isn’t domestically.

Henrico County most recently assessed the land under the hotel at $3.13 million and the hotel itself at $5.17 million, for a combined $8.3 million.

The sale recoups nearly the exact sum of money the mall owners spent in July when they purchased the vacant former Nordstrom building for $3.2 million.

Though the 120,000-square-foot space has been empty since the department store closed last year, mall ownership has said they intend to repurpose Nordstrom’s old space.