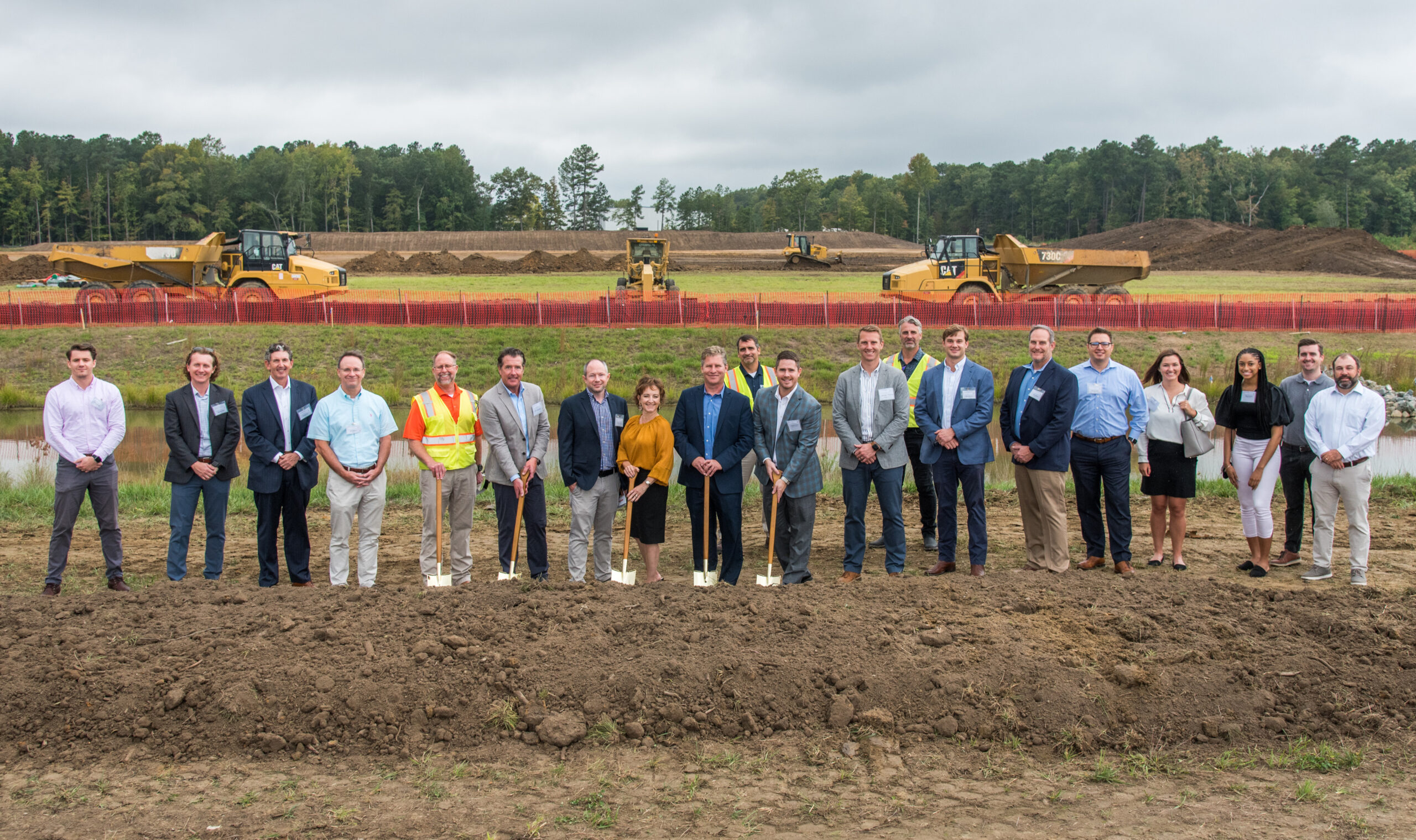 A new-to-market developer has started work on a second section of Hanover’s Northlake industrial park after securing the site in a $5 million deal.

Maryland-based Matan Cos. broke ground last month on the first phase of Northlake II, a new section of the park along Interstate 95 that’s planned to add 655,000 square feet of Class A industrial space across five buildings.

The first three of those buildings will make up the first phase, which is now scheduled for completion next September. The remaining two buildings are slated to be built by mid-October 2022. 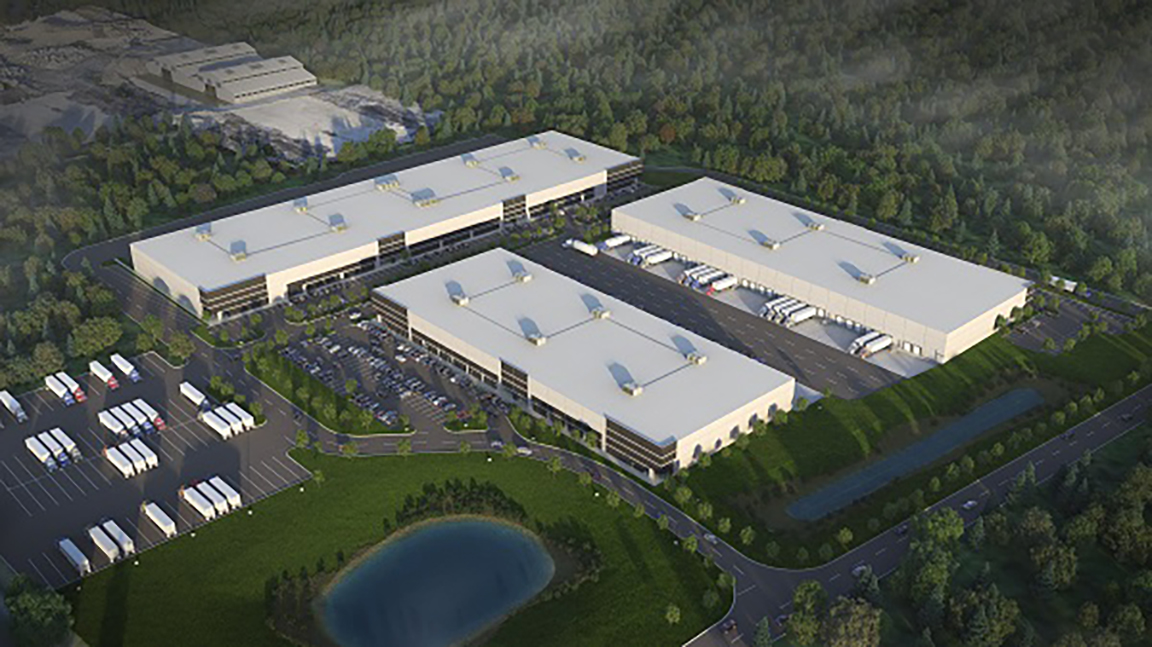 A rendering of the industrial buildings planned for Northlake II. (Image courtesy of JLL)

Matan purchased the roughly 60-acre site that makes up the section in two transactions that closed Aug. 11. It paid $4.5 million for four parcels totaling about 25 acres that make up the first phase, while a larger 33-acre parcel that makes up the rest of the site was purchased for $600,000, Hanover property records show.

A ground-breaking ceremony was held in mid-October at the site, which is off Harley Club Drive next to the General RV Center along the interstate. An entity tied to the Michigan-based RV company owned the land and was the seller in the deal.

The buildings are being developed on spec, with no tenants announced as signed as of yet. The Hanover County Economic Development Authority has been marketing Northlake II as a prime location for warehouse and logistics, pharmaceutical, food and beverage production, and light manufacturing and assembly operations. 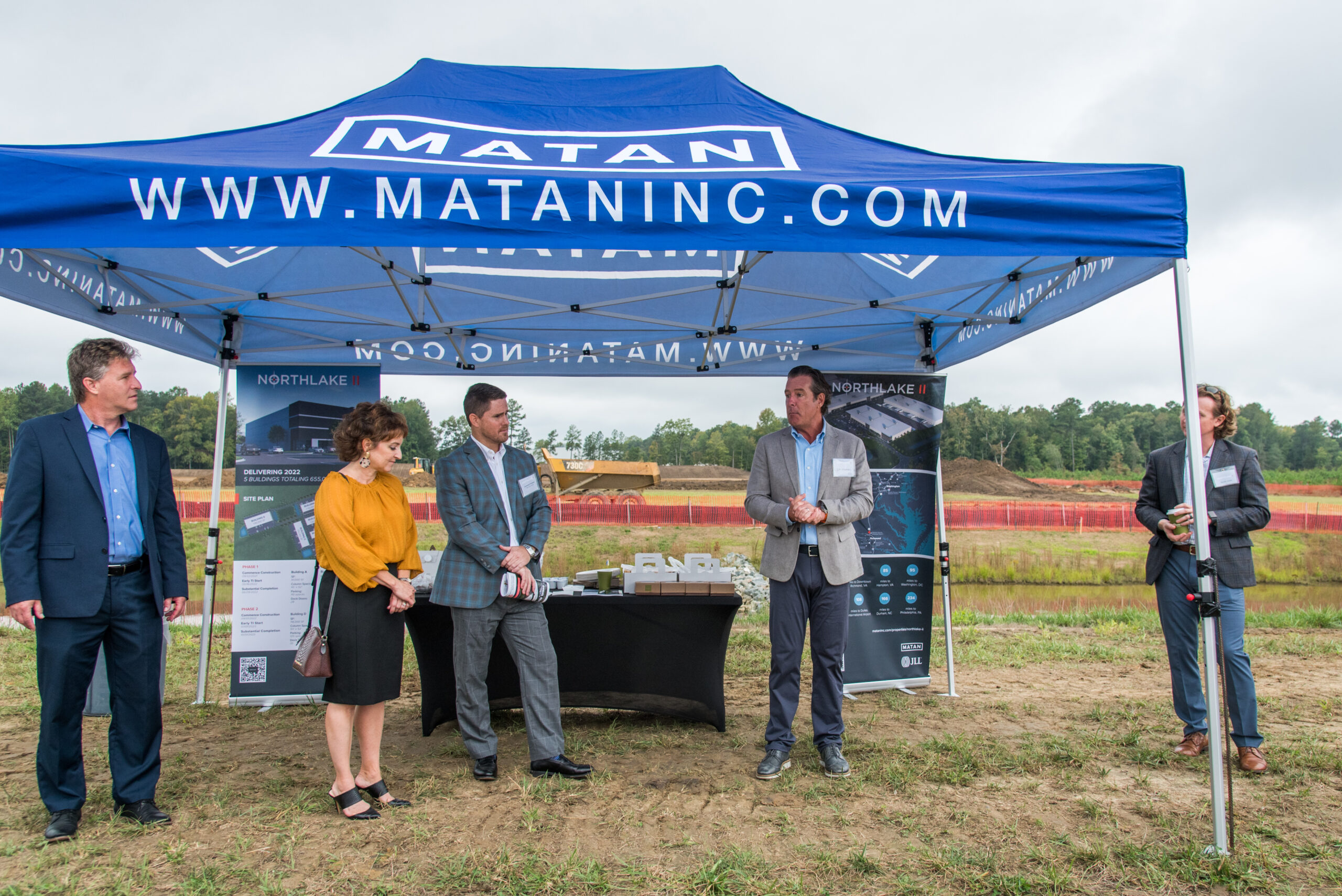 The buildings will feature 32-foot ceiling clearance heights, dock-high doors and trailer drop areas. Space will be leased at a minimum of 20,000 square feet.

JLL is handling leasing for the buildings, with the real estate firm’s Gareth Jones, Chris Avellana and Charlie Polk its local boots on the ground.

The $65 million development is the first in the Richmond area for Matan, whose projects have centered on the D.C. area. JLL alerted the company to the Northlake site, which the company has said it was drawn to for its access to Route 1 and the interstate, as well as its location beside Amazon’s fulfillment center next door.

The contractor on the project is Howard Shockey & Sons. Timmons Group is the engineer, and Powers Brown Architecture is designing the buildings.