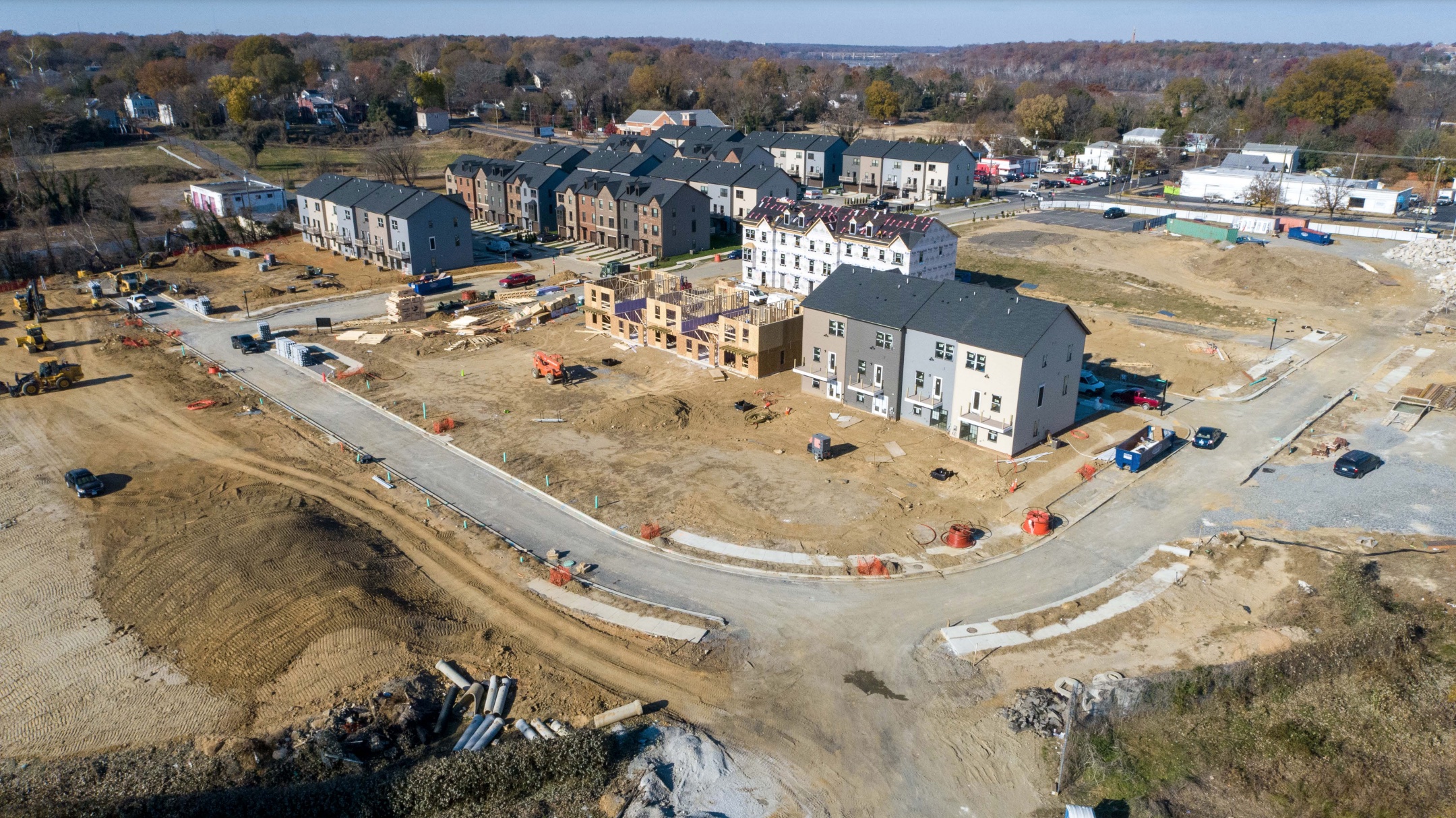 Nearly 50 townhomes have been completed at Belle Heights. Its second phase will include a pair of apartment buildings totaling 200 units. (Photos courtesy of Harper Associates)

Pieces continue to fall into place for a sizable Southside development project, one that now will include hundreds more apartments.

Harper Associates has tweaked its plans for the second phase of Belle Heights, a project it’s been building since 2019 near the intersection of Semmes and Cowardin avenues in Manchester.

It is now planning to build hundreds of apartments at 2201 McDonough St. and 322 W. 22nd St. That’s a change of course from last year when the Henrico-based developer began considering either more townhomes like those it built in phase one or a mix of apartments and single-family homes.

Will Allen, Harper’s asset manager, said they’re planning to build 200 apartments across two buildings for phase two. The buildings will rise to the west and downhill from the first section of Belle Heights, including on a former mobile home park and abandoned garage.

Allen said the revised plans were done in part because of the hilly topography of the site and generally to bring more density to the neighborhood. 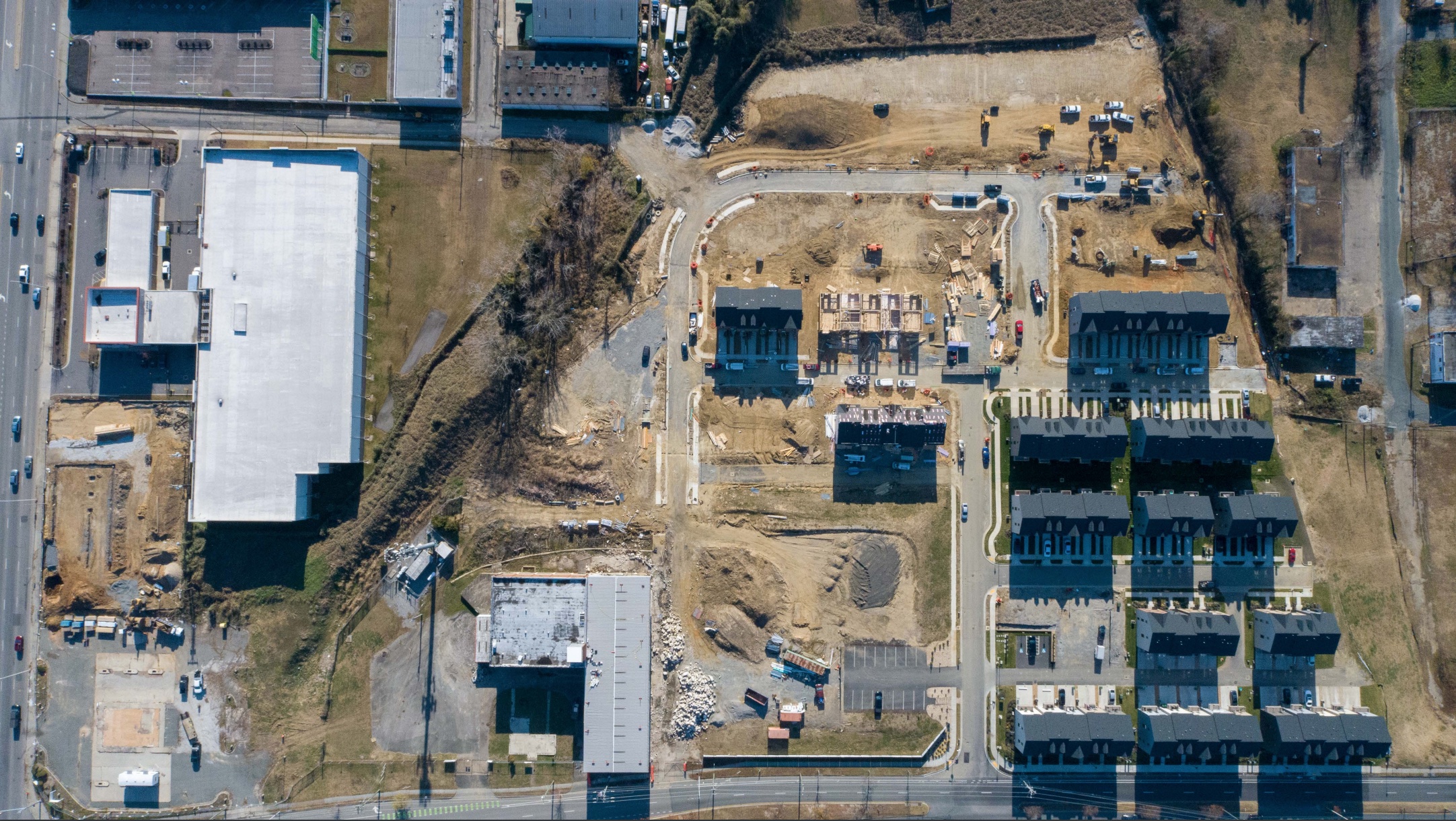 Harper is seeking to amend its special-use permit to allow for the new level of density. Preston Lloyd with Williams Mullen is representing Harper in the matter.

With experience in multi-family, industrial and retail development, Harper once considered the 13-acre Belle Heights site for a retail project upon acquiring it in 2015, but four years later shifted gears and decided to build townhomes for phase one.

An office user also has been lined up to take the commercial piece of Belle Heights. Education technology startup Vytal Studios is moving its headquarters from Austin to Richmond to move into a Harper-owned 25,000-square-foot brick warehouse at 1802 Semmes Ave. 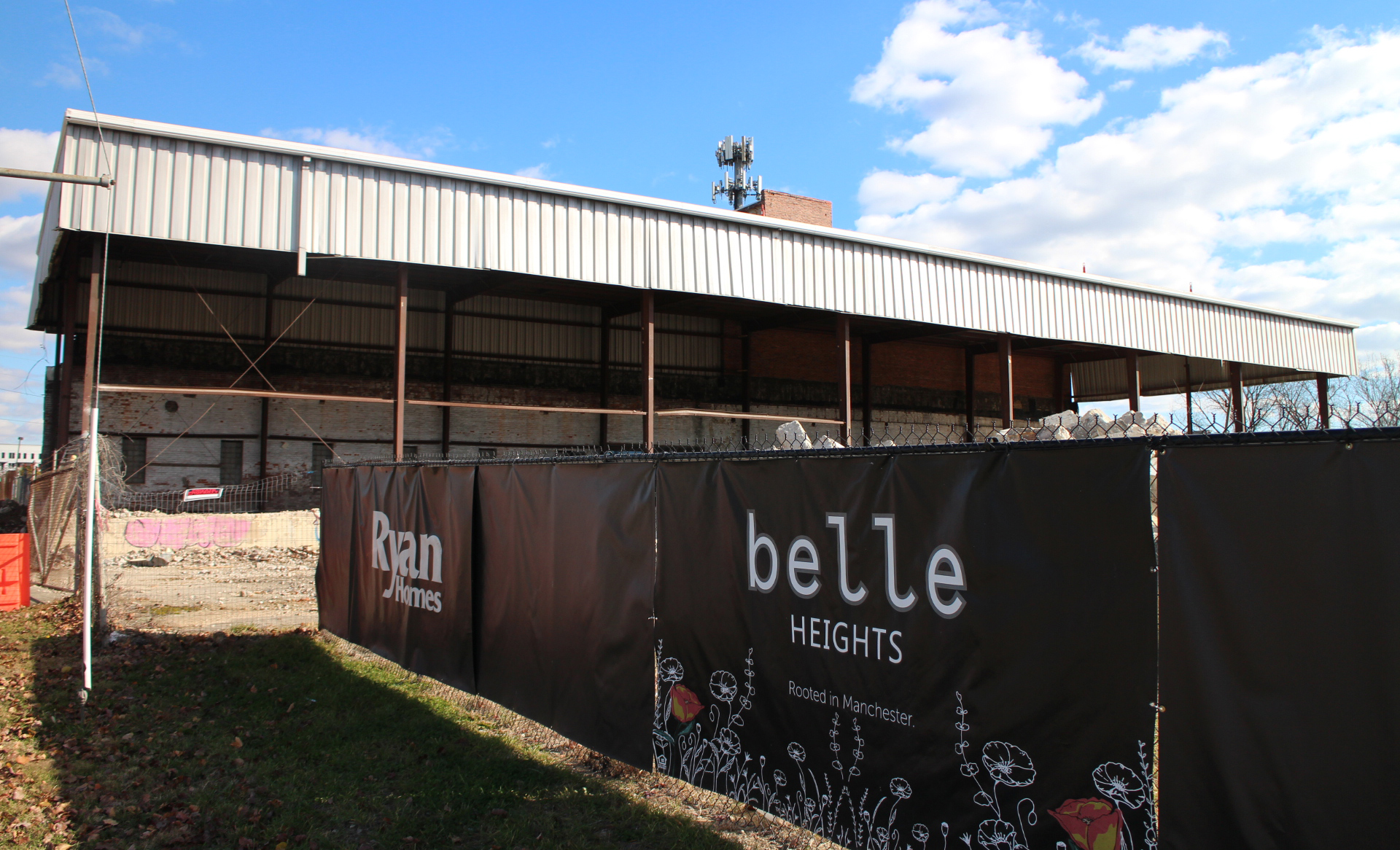 A former auto shop on the site is being razed, but an adjacent warehouse is being converted into an office for Vytal Studios. (Mike Platania photo)

“During our initial land-use conversations, we heard community members express an interest in the existing brick structure and the possibility of adaptive reuse,” Allen said, adding that he’s hoping renovations will kick off soon with a summer 2022 completion.

Over the summer, Harper also added to its holdings in the neighborhood when it bought the corner-facing, 1.7-acre lot at 418 Cowardin Ave. for $1.9 million.

It was once home to Lucky’s convenience store, and other retail users like Wawa and Chipotle have eyed it over the years, though nothing ever materialized. Harper is also looking to develop it as a retail site and has enlisted Thalhimer’s Reilly Marchant to market it. Allen said they’ve received a lot of interest.

“As a highly visible corner with strong traffic counts, it will likely attract quick service and service-oriented national tenants,” Allen said. “It is part of a larger development so we are mindful of how the project fits together. I am thinking (about) overall connectivity, circulation and overall parking.”

Harper also is keeping busy outside of Manchester. In July, it filed plans for 117 townhomes to rise on a wooded area at 6140 Hull Street Road, near its intersection with Chippenham Parkway.

I wonder if they will continue to claim they are in Manchester, when they are clearly in the Swansboro neighborhood. “Rooted in Manchester” is their inaccurate slogan.

Just noticed the title of the article isn’t even accurate… It’s in Swansboro not Manchester!

Or…. is it in WOODLAND PARK? I think what you guys are picking up on, but not quite pinpointing, is that this place is neither here-nor-there — the area is a bit of a nomansland — YET it is actually a fantastic location — in classic Trumpian form — a place, like an abandoned railyard with a bunch of shanties around it that is nevertheless a great location close to the action. Nothing that a lot of site work and some hype and of course loans can’t turn into the hottest new place. They are probably saying it is part… Read more »