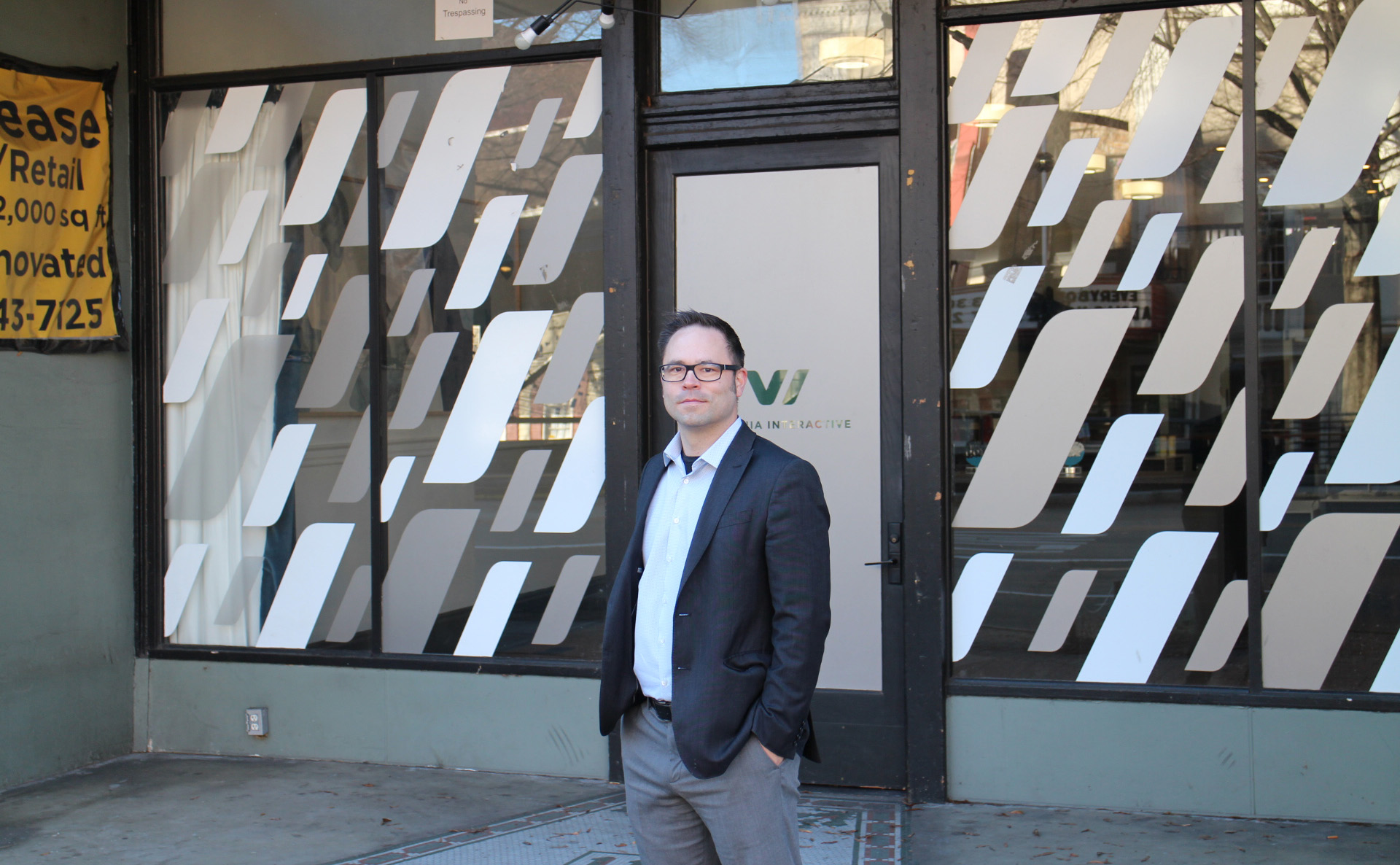 An out-of-town architecture firm is planting its flag in Richmond with an office in the Arts District and a veteran of the industry as its first local employee.

Earlier this month, Norfolk-based Hanbury began operating in Richmond. The architecture firm has been in business since 1979, specializing in higher education and commercial design.

Hanbury has leased 119 W. Broad St. in Monroe Ward to be its local home base and hired Nick Cooper to be its market leader.

A Virginia Tech alum, Cooper has been working as an architect in Richmond for over 20 years with stints at Odell Associates, BAM Architects and most recently, HKS. He joined Hanbury in late 2021.

Cooper said Hanbury has done some work in Richmond over the years, namely for the University of Richmond, but now it’ll look to explore additional sectors.

“(Hanbury) started a really robust life science and tech practice three years ago. That’s one of the things I want to bring to Richmond, because that market is so hot,” Cooper said.

“I’m now leading their firm-wide civic and commercial practice so we’ll be able to do a lot of the commercial mixed-use, multifamily, urban design work I’ve done the last 10 plus years. It’s an emerging market for them.”

Cooper said he’s hopeful Hanbury’s reputation as well as his experience in Richmond will help the entrance into the market be fruitful.

“The fact that I’ve been here 20 years and I have deep relationships with developers, civic and community members, nonprofits, the AEC (architecture, engineering and construction) industry overall – that’s almost step one for success in going into a market,” he said.

“The statewide identity that Hanbury already has in higher ed will help us as well. It won’t be a cold intro to VCU, VUU or UofR. We’re already a known firm, just never had an office in Richmond. This is us kind of doubling down on Richmond and the opportunities there.”

Hanbury’s already begun work for VCU, Cooper said, as it’s handling the planning and site selection for a facility for VCU’s School of Dentistry.

Richmond is the fifth market in which Hanbury has a physical presence, joining Blacksburg, Norfolk, Raleigh and Clemson, South Carolina.

Cooper said he anticipates having a local staff of around seven by the end of the first quarter, and around 13 by the end of 2022, at which point Hanbury will be able to locally offer master planning and interior design services as well.

Hanbury was represented by Sperity Real Estate Ventures’ Nathan Hughes and Betsy Mangum in the lease on 119 W. Broad St. The architecture firm will move into the 3,000-square-foot space in February as its current tenant, Virginia Interactive, prepares to head further down Broad Street to the Sauer Center.

Jackson Ward and Monroe Ward have been popular destinations for architects in recent years.

Further east down Broad is where D.C.-based Hickok Cole relocated its local office in 2020, which was the same year Architecture AF bought the building it had been leasing on Second Street.

North Adams Street is home to offices for both Walter Parks Architects and ArchitectureFirm, the latter of which also became its own landlord in 2020. Future Cities, the urban design firm behind the major GreenCity project in Henrico and now-flopped Navy Hill project in the city, is based out of a building at the corner of Broad and Foushee Street.

Always good to have quality architects in RVA. Hopefully, this will start to mix up the lackluster Multifamily market quagmire of architects currently offered in Richmond. All the Best!