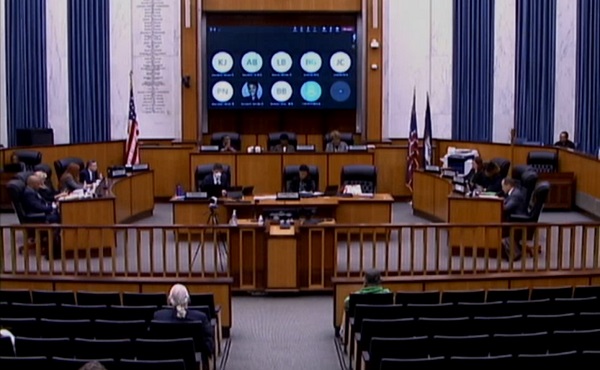 Capping a budget-review process that its members described as successfully collaborative, the Richmond City Council this week adopted a spending plan for next fiscal year that increases employee salaries and holds the line on existing tax rates.

Following several rounds of workshops and a pair of public hearings, councilmembers were unanimous in approving the $2.7 billion city budget that went largely unchanged since Mayor Levar Stoney proposed it in March.

The plan includes an $838.7 million general fund budget, up about $2.7 million from the general fund initially proposed. The budget represents an 8.5 percent increase over the current general fund and includes no increases in real estate, personal property or other general tax rates. The city’s real estate tax rate stands at $1.20 per $100 of assessed value.

The plan provides a 5 percent salary hike for all non-sworn city employees and $17.4 million for a first responder pay plan aimed at making the city’s police and fire pay more competitive in the region. The increases, ranging from 10 to 15 percent or more per employee, were expected to bring the starting pay for police from $44,000 to over $51,000 per year.

Also increased with the budget is the minimum hourly wage for city employees, which will stand at $17 an hour when the budget takes effect July 1.

Other big-ticket items funded in the budget include an additional $15 million for Richmond Public Schools, on top of the city’s local contribution of $185.3 million. The plan increases funding for the city’s eviction diversion program by 50 percent to $727,000, restores $436,000 in pandemic-era cuts to city libraries, and allocates $400,000 to the Black History Museum and Cultural Center of Virginia.

The budget also includes funds for the purchase of new software for the city’s inspections and permitting office. The city’s five-year Capital Improvement Program, at $627 million, includes $28 million that was set aside this fiscal year for the planned Enslaved African Heritage Campus in Shockoe Bottom.

In a final public hearing that preceded the council’s vote Monday, Martin Wegbreit, who serves on the city’s Affordable Housing Trust Fund Oversight Board, called for more funding for the trust fund and scrutinized the $10 million that’s allocated in the budget, noting those funds are federal pandemic-relief funds received through the American Rescue Plan Act.

While acknowledging that not all of their budget goals could be met, councilmembers and administrators described the budget as an accomplishment and lauded the review process and collaboration with city budget staff, as well as with citizens who contributed to the process.

“To Richmonders who weighed in, who routinely gave us calls or emails or came down to speak, we heard you and we tried to be responsive to the concerns that you raised,” Council President Cynthia Newbille said. “Job well done, everyone.”

No city funds were allocated for affordable housing and no reduction was made in the real estate tax rate to offset skyrocketing assessments? Why is there so little coverage of this by the local media?

Interesting comment, Nathaniel. On the one hand you wish the City would take more money from taxpayers in order to pay for other people’s housing, yet you lament that the City is taking too much from its taxpayers (in that our tax rate was not reduced, though assessments are up). I suppose you might find comfort in the City taking more form taxpayers to pay people’s delinquent rent. I, for one, do not favor government taking money (by force) and redistributing it.

You’re putting words in my mouth. I only asked why there is such scant coverage of two important issues. I didn’t say I was for or against either of them.

Perhaps your first statement above should not have ended with a question mark. That matters in the meaning of the statement as I read it.

did they include money to keep GRTC fare free???