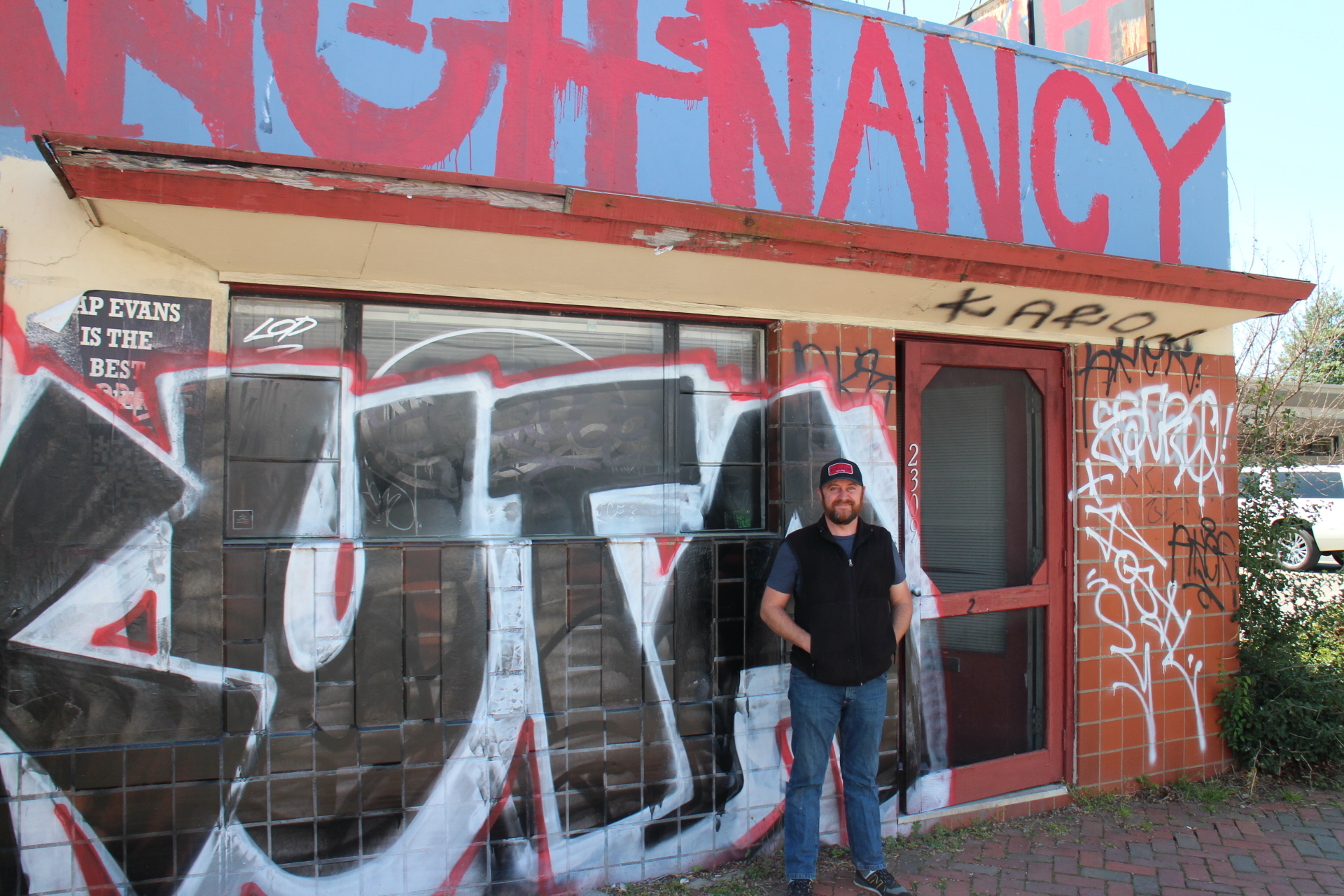 A long-vacant Fan storefront is getting new life and a new lid.

Hammersmith Roofing is preparing to move its headquarters to 2309 W. Cary St. in the Fan.

The 2,000-square-foot former laundromat has sat vacant for years near the intersection of West Cary and South Addison streets. Justin Dooley, Hammersmith’s owner, came across it as he was looking for a new home base for his company.

Originally a software engineer, Dooley got into real estate in the early 2010s when he and a friend began investing in residential properties on the side. What started as some DIY fixes on his properties quickly snowballed.

“We were just painting and adding cabinets,” Dooley said. “Then we just got into full gut rehabs and that sort of thing.”

Dooley took a liking to roofing work and about five years ago the JMU grad took the leap and started Hammersmith.

“It’s not that I hated what I was doing, but I’d put in 16 years and was ready for something new,” he said.

Hammersmith has cut out a niche with offerings that mostly go beyond traditional shingles.

“We do a lot of specialty roofing — slate, a lot of metal, single-ply, and some specialty coatings for roofs,” Dooley said.

“We’re not really the typical suburban roofer that puts shingles on everything. Those jobs that come along basically fall into our lap. We have the capability to do them, but we can’t compete in that market based on the way we’re set up.”

This approach has allowed Hammersmith to find most of its business in the Fan and Church Hill, where Dooley said the older buildings typically need specialty roofing.

Hammersmith has previously leased an office near Regency as well as a handful of other small warehouses around the city. Dooley said he’s spent the last three years looking for a place to consolidate Hammersmith’s operations for him and his staff of nine. The risk of losing talent also drove his decision.

“We’ve been all over; it was a nightmare. I had to do something. I’ve got to keep my guys happy. They can go get another job in 10 seconds,” Dooley said. “They could get pissed off driving around the city all the time.”

In March he bought the West Cary building for $356,000 and is planning to spend an additional $70,000 or so to renovate it. Dooley was represented by One South Commercial’s Justin Sledd in the deal, and Ken Campbell, also of One South, represented the seller.

The layout of the building will have a showroom facing Cary Street, while in the back it’ll have offices and a shop area for light manufacturing.

“Mostly what we need the shop space for is intermediate storage between jobs and sheet metal work,” Dooley said. “For a roofing business, we need a place to bend metal and do sheet metal work.”

Charles Carbonaro of Island Architects is designing the project, which Dooley hopes to get going soon so he can move in in the fall.

Dooley said he’ll plan to sub-contract out much of the construction including the electrical, mechanical and plumbing upgrades the building needs. But there’s one particular part of the project he’ll handle himself.

“The roof leaks terribly, so we’ll do some waterproofing,” he said. “We’ll hire subs for the rest, but we’ll do the roof ourselves.”

We had the best experience with Hammersmith – congrats on your new space!

Putting this company in my contacts!