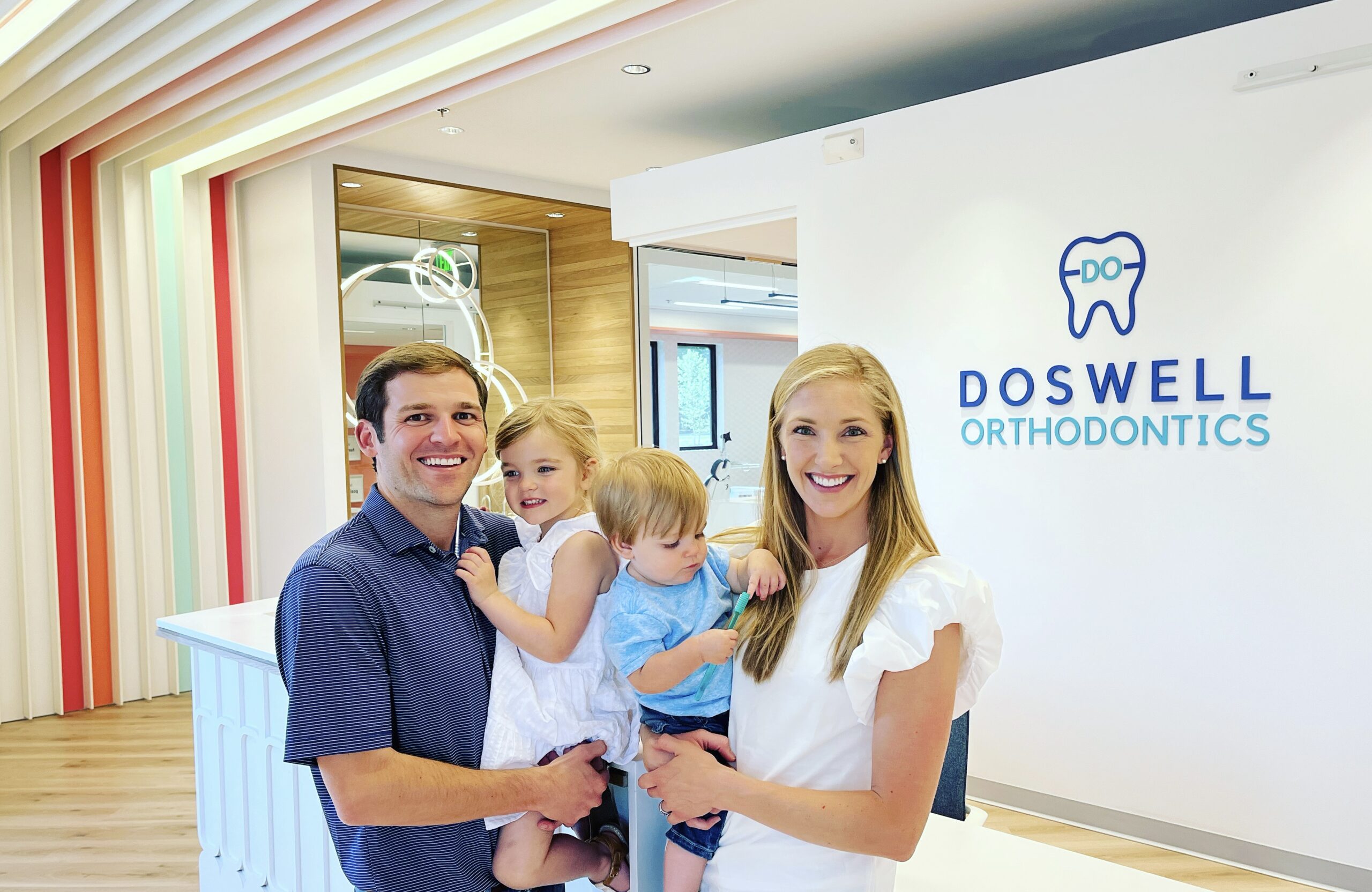 Katie Doswell with her husband Andrew Born and their children Carter and Miller. Doswell recently opened her new orthodontics practice in the West End. (Photos courtesy of Katie Doswell)

Just as one entrepreneurial orthodontist has opened in a new West End office, another upstart practice plans to debut in Chesterfield.

Doswell Orthodontics opened in mid-April in a new medical office next to Ukrop’s Market Hall in the Sunset Hills Square shopping center in Henrico.

Owner Katie Doswell has brought in a secret weapon to help sooth the nerves of any patients: Cammie, a 7-year-old Golden Retriever therapy dog.

Cammie is a family pet that’s been certified to work as a therapy dog through the Alliance of Therapy Dogs, an international registry of certified therapy dogs.

“She has always had the sweetest temperament about her,” Doswell said. “I knew there was something special about her.”

She added, “We don’t want orthodontics to be an intimidating environment. If there’s a patient with anxiety, we want her to provide that calming presence. There is something special about animals and dogs that provide comfort that the human interactions can’t always provide.”

Doswell said she’s aware of a small but growing number of therapy dogs at dentistry practices. 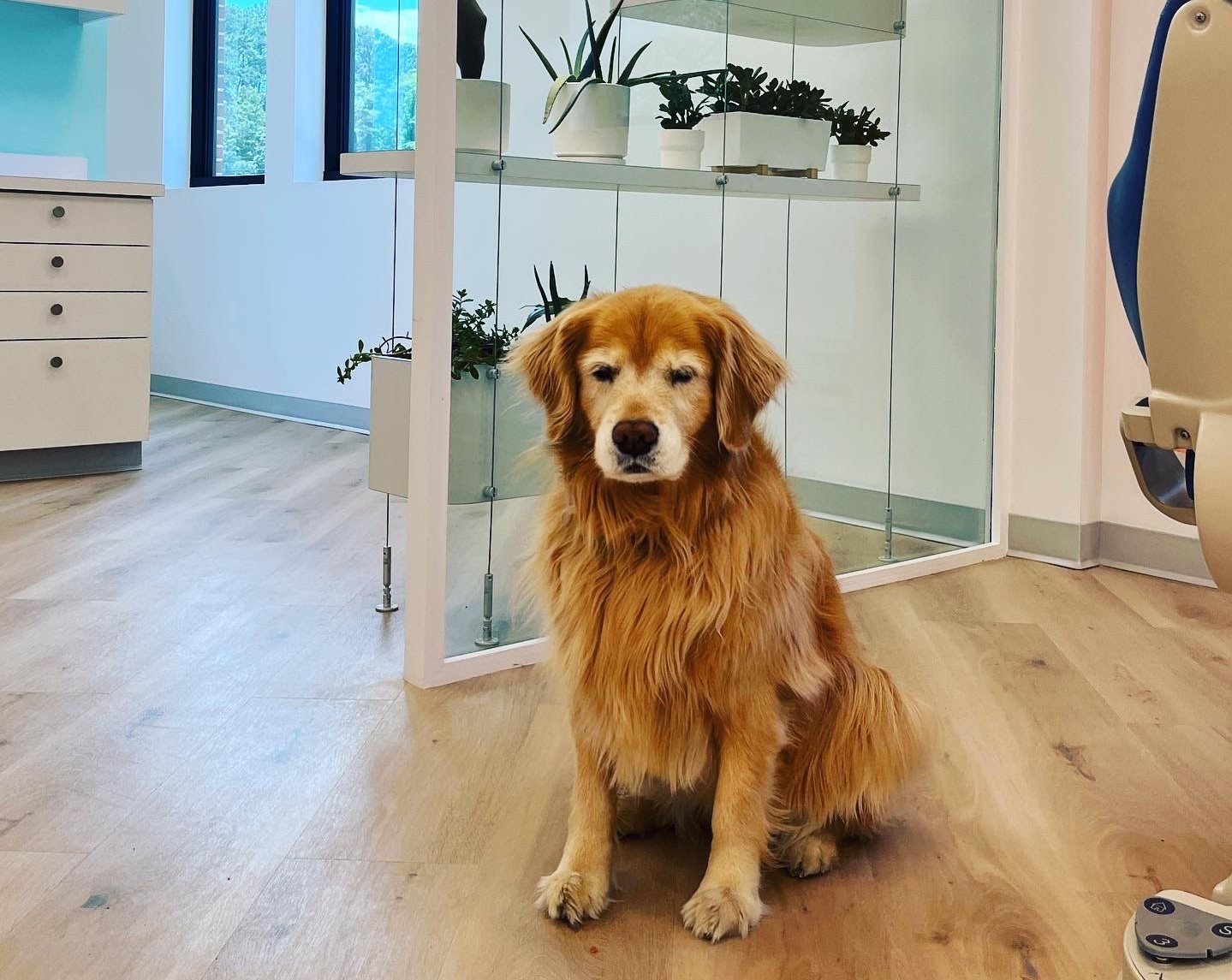 Cammie, a 7-year-old Golden Retriever, is a certified therapy dog at Doswell Orthodontics.

“I think it’s becoming more common, but you have to go through some testing and we wanted to do it the official way,” she said.

The new 2,500-square-foot space houses two new-patient consultation rooms and four clinical chairs in an open bay area. Though she declined to share her investment in the office buildout, Doswell said she and her family worked to create an engaging office space.

“I feel like my whole heart went into the practice of this design,” she said. “I wanted something clean, modern, fun, not too pediatric but really welcoming of all ages.”

Denver-based JoeArchitect designed the interior of the practice. Commonwealth Construction Management was the general contractor. Doswell also enlisted local artist Cameron Hackett to paint some abstract works for the space.

The practice’s services include braces, retainers and Invisalign. Doswell said she accepts most major insurance providers.

She said business has been good so far and chalked it up in part to her location at the intersection of Three Chopt Road and Patterson Avenue.

Doswell plans to split her time between her new office and a gig at another local practice she worked at prior to the opening at Sunset Hills.

Construction has largely finished on the medical office building at Sunset Hills. A suite the same size as the Doswell office was still available early this week. The rest is occupied by Pediatric Associates of Richmond, which relocated its local office to 10,000 square feet in the building in May. 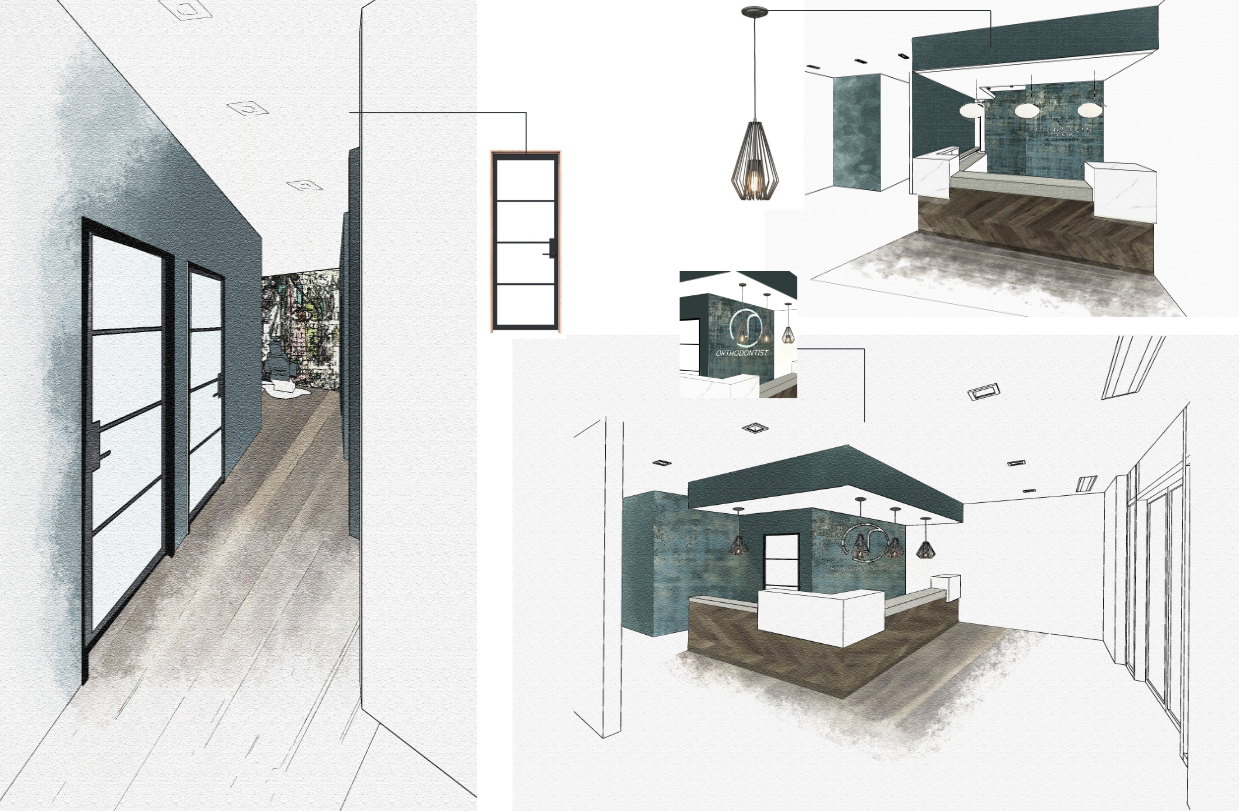 Feinstein 360 Orthodontics is expected to open this summer in the Hancock Village shopping center in Chesterfield County. (Images courtesy of Rachel Feinstein)

To the south, another orthodontist is planning a new practice.

Feinstein currently works at a practice in Mechanicsville but decided to plant her flag in Chesterfield to take advantage of the county’s growing population. Her father-in-law is an allergist with an office nearby, so she was also already familiar with the area. 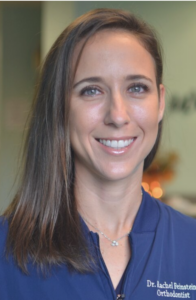 “Chesterfield is booming right now. When I looked at the need and the concentration of orthodontists in different areas, I thought I could be successful there,” said Feinstein, and added that she hopes to use her Spanish language skills to attract patients.

Feinstein has opted for a design for her space she hopes is more coffee house than medical office. The practice is taking a 2,000-square-foot space that was formerly a Sprint mobile phone store.

“I wanted to be able to stop and really focus on people and give them individual care with a boutique feel,” she said. “I’m hoping it’ll be a completely modern, kind of a coffee shop vibe.”

Feinstein declined to share her budget on the space. Sterling-based Arminco Inc. is doing the buildout and design for the office.

Feinstein said she plans to continue to work at the Virginia Braces and Invisalign Center outpost in Mechanicsville and will split her week between there and her practice once it opens.

“Starting your own practice is very expensive, so this keeps some income coming in. When you first start, you don’t have any patients coming in but you have expenses that are already due,” she said.

Feinstein said patients have started to come back at higher levels since the worst of the pandemic, and she’s betting on steady business moving forward.

The Doswell family is the nicest and most accomplished assembly of siblings and parents I have ever witnessed. I am sure this practice will be first class in every aspect. Love the dog part too!!!!! Good Luck to Rachel Feinstein too. Fantastic location. Great to see new practices emerge.