Like their larger regional peers, the area’s rural counties are making plays to recruit and retain workers in the upcoming fiscal year.

Powhatan County has earmarked $1.8 million for investments in its fiscal year 2023 budget, which the Board of Supervisors approved in mid-May.

Three main prongs of that effort include $600,000 to implement a 5 percent merit raise for county employees, $400,000 to alleviate wage compression issues and $465,000 to absorb increased health care costs without passing them onto county employees.

“We’re trying to compete with the Henricos and the Chesterfields of the world,” Powhatan County Administrator Ned Smither said.

The FY23 general fund is a nearly 11 percent increase compared to the current year.

Goochland County included a 3 percent raise for county employees as well as an additional 2 percent raise for non-uniformed public safety county staff in its budget, which was approved by the county’s Board of Supervisors in April.

The county’s $74.4 million general fund is a 13.5 percent increase from the FY22 budget’s general fund. The real estate tax rate remains level at 53 cents per $100 of assessed value.

The county expects to finish later this month a salary benchmark study to guide adjustments to workforce compensation. Goochland Interim County Administrator Manuel Alvarez said $700,000 has been earmarked in the FY23 budget for those adjustments.

“I think our employees feel they deserve to be paid well so we’re trying hard to figure out what our salary situation is,” he said.

Leslie Haley has resigned from the Chesterfield County Board of Supervisors to take a senior position with Virginia Attorney General Jason Miyares’ administration. 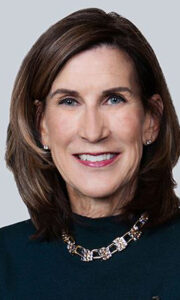 Haley will join the Miyares administration as deputy attorney general for government operations and transactions, according to a news release from the Office of the Attorney General.

Haley represented the county’s Midlothian District and was first elected to the board in 2015. She won reelection in 2019.

Haley’s former practice was focused on advising lawyers on ethical questions and risk management. She was formerly senior assistant ethics counsel for the Virginia State Bar and worked in management and business development at Philip Morris, according to the release from the Attorney General’s office

Haley’s law degree is from West Virginia University School of Law. She’s practiced law in the state for more than 20 years.

On the agenda is a special-use permit request for a planned renovation of the Bowler Retirement Community apartments and a nine-home infill development on the property. Historic Housing is seeking the permit, and Evolve Development would build the new homes.

Other business includes a request to rezone 600 Decatur St. from B-7 Mixed-Use to B-4 Central Business. The 1-acre property is owned by developer Tom Papa, whose Fountainhead Real Estate Development is planning a seven-story, 118-unit mixed-use building nearby.

Also on the agenda is an ordinance amendment that would add 1305 N. Fifth St. to the Heritage Center/Lumpkin’s Jail project. The city purchased the 1.2-acre portion of the Shockoe Hill African Burial Ground site last year and is planning archaeological research and commemoration. The amendment would also add Winfree Cottage, an enslaved woman’s home, to the project.

Proposed subdivisions near Short Pump and Harvie Road on agenda 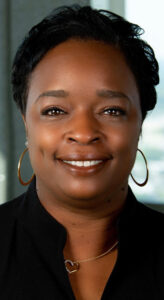 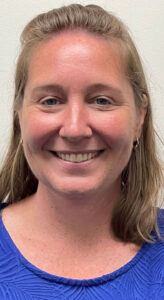 Goochland County has tapped new chiefs for its human resources and finance departments.

Shaletha Dyson is Goochland’s new human resources director. She was most recently a human resources division chief in Richmond, according to a county news release. Dyson assumed her role with Goochland on June 1. She replaced Jessica Rice.

At the helm of the finance department is Carla Cave, who got started as director June 1. She was previously Amelia County’s finance director, according to Goochland’s news release. Cave replaced Mary Anna Twisdale.