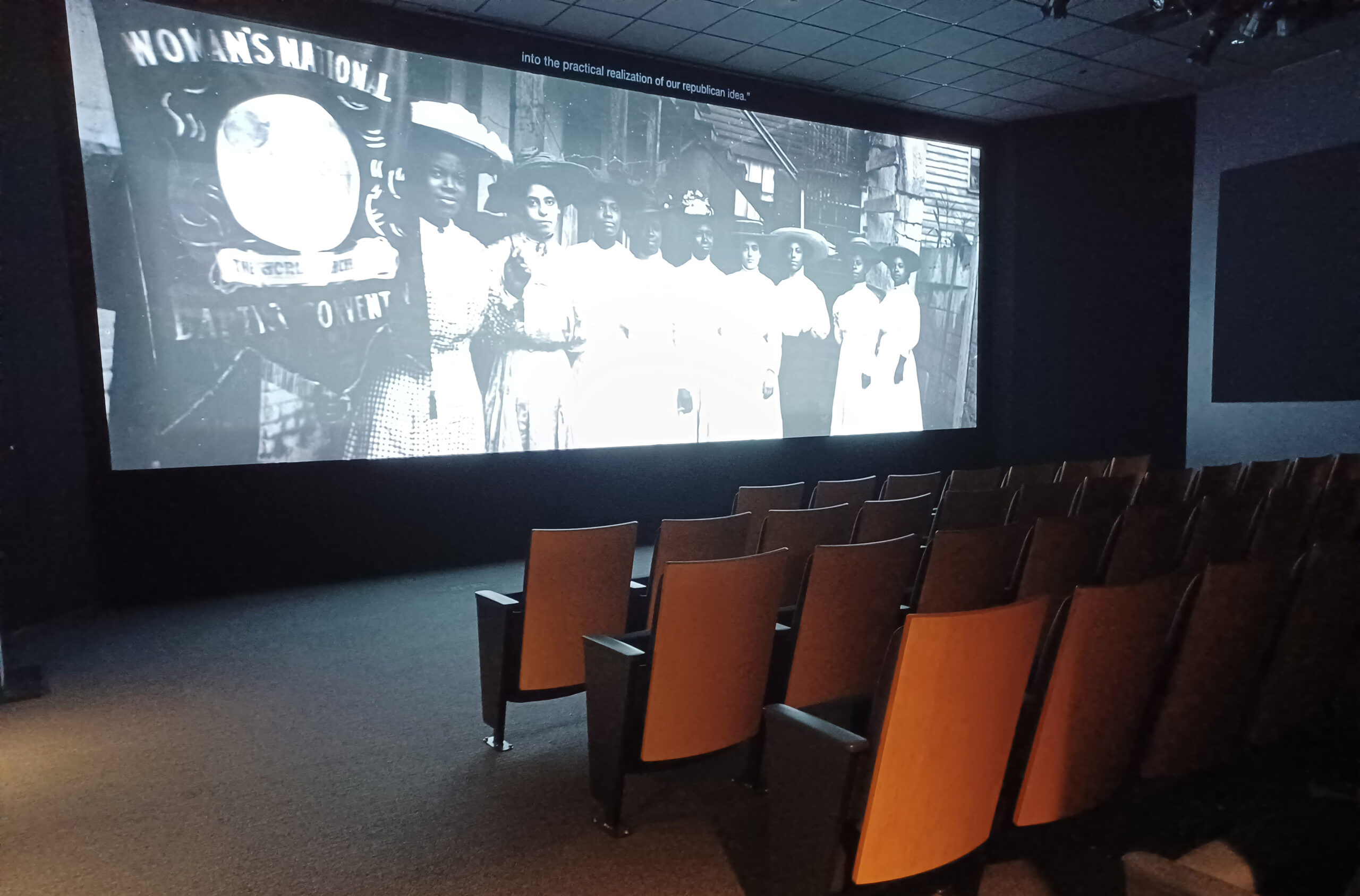 It’s showtime for the latest feature at the American Civil War Museum at Historic Tredegar.

The museum is slated to open its long-planned orientation theater Friday at its main complex at 480 Tredegar St.

The 64-seat theater was built to complement the museum’s main exhibit, “A People’s Contest: Struggles for Nation & Freedom in Civil War America.”

The theater will show an original 13-minute movie called “A People’s Contest: America’s Civil War and Emancipation,” which provides an overview of the Civil War’s origins, progression and aftermath with an emphasis on Richmond’s experience and the service of black U.S. Army soldiers during the conflict.

“(Visitors) come in and ask for an orientation film all the time, so we’re excited to add this,” she said during a media event for the theater Tuesday. “The exhibition picks up basically at the point of secession, but we wanted to back up a little bit to explain where that came from.”

“(Solid Light) was very open to our feedback. When we said this leans a little bit too much into the comfort zone of what people expect, let’s change it up, or let’s change this delivery here or let’s be a little more clear on this language. They were wonderful collaborators because they understand telling this story is a lot of responsibility,” Arduini said. “This film has a great potential to help set people up and ask new questions and make new connections.”

The film cost $2 million to produce, according to ACWM spokeswoman Jeniffercq Maloney.

Maloney said the theater had always been planned as a second phase to the main exhibit, but construction was delayed by supply-chain issues.

“Before the buildout began about a year ago, the electrical wiring was in place, but otherwise the space was basically a concrete room. Given the enormity and variety of specialty items in addition to general contracting materials required, we were met with several delays,” she said in an email.

The theater is also intended to serve as a multi-use space for lectures and other programming. The theater is near the museum’s entrance and the film is free to museum-goers with paid admission.

In addition to the museum at Historic Tredegar, ACWM operates the White House of the Confederacy and a museum in Appomattox, where Confederate Gen. Robert E. Lee surrendered his forces in 1865 and effectively ended the war.

Admission to ACWM’s Historic Tredegar museum is $16 for adults; $14 for teachers, retired military, seniors and students; $8 for children 6-17 and free for members and children 5 and younger, according to the museum’s website.

ACWM’s addition to its Tredegar museum comes shortly after the Virginia Museum of History and Culture opened the doors to its newly renovated museum last month. Local history museum The Valentine is embarking on a renovation and expansion of its own.