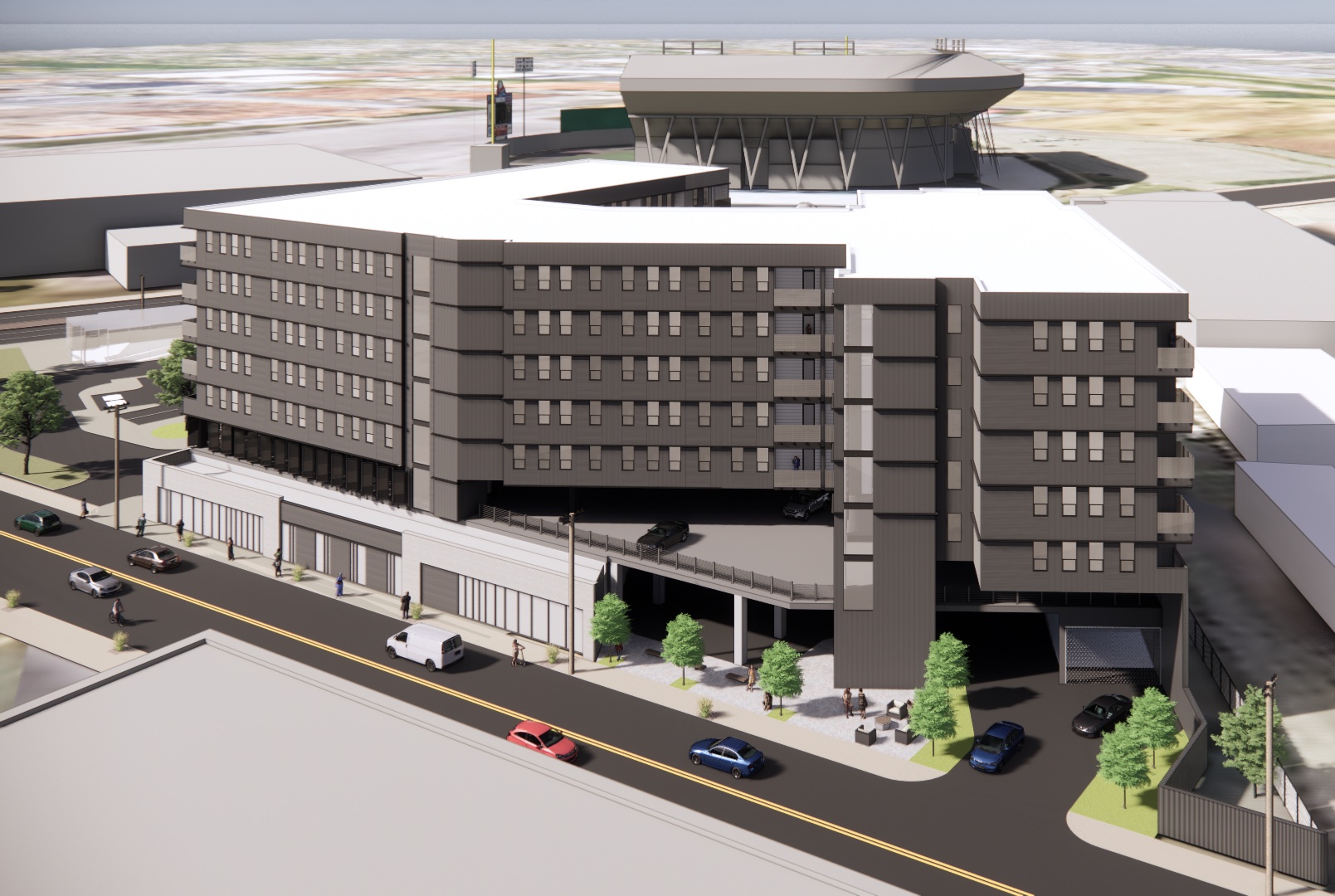 A rendering of the planned building that’ll rise near the intersection of Ellen Road and North Arthur Ashe Boulevard. (Images courtesy of Thalhimer Realty Partners)

Already eyeing a retail project next door and with its sights aimed at winning the Diamond District development deal across the street, a prolific local real estate firm has a sizable mixed-use building in store just off Arthur Ashe Boulevard.

Thalhimer Realty Partners is planning a seven-story building with 148 apartments and 15,000 square feet of commercial space at 1801 Ellen Road.

The building would occupy the majority of a 1.23-acre parcel that TRP bought earlier this year for $2 million. Scott’s Walk, a planned retail and restaurant project also from TRP, is set to rise immediately adjacent to it at 3002 and 3064 N. Arthur Ashe Blvd.

The Ellen Road building would add to the tally of thousands of new apartments in the works for Scott’s Addition and would be among the first new developments in the neighborhood in recent years to include medical office space, with 12,000 square feet set aside for such a use. 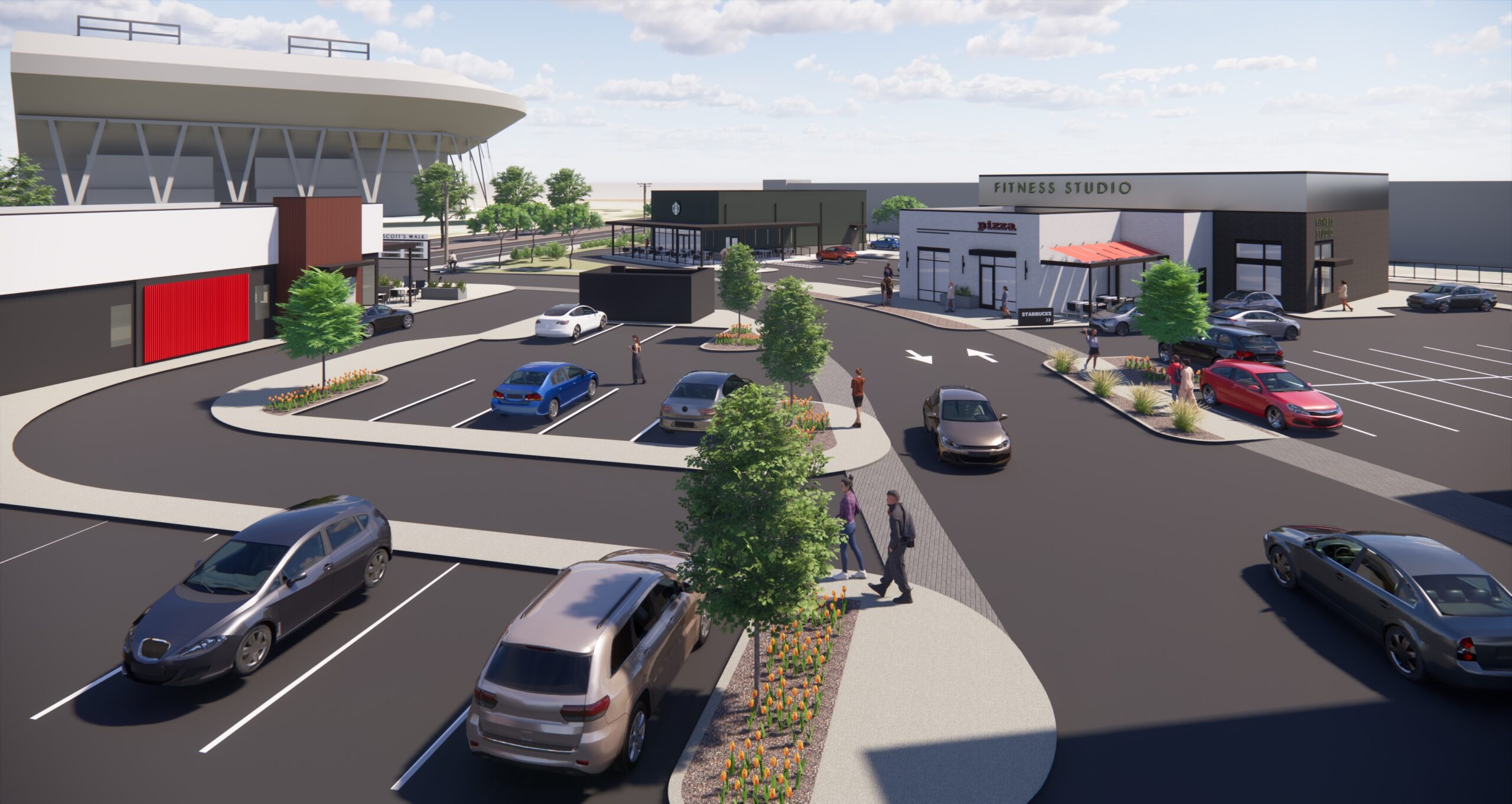 Scott’s Walk, a retail and restaurant project also from TRP, is seen rendered from the would-be view of the new building.

“There is obviously a ton of residential coming online and thankfully we have plenty of breweries, restaurants and coffee shops,” Guillot said. “But if you look around the neighborhood and ask, ‘Where are the basic medical services that people need?’ it’s kind of nonexistent, and it’s for good reason. All of these people weren’t living here 10 years ago. We believe there’s a need to expand accessibility to health care in a burgeoning neighborhood like this one.”

Five levels of apartments would be above the medical office space and a two-floor, 168-spot parking deck. Half of the 148 apartments would have a study area, a design decision TRP also made for its ongoing 126-unit project at 1508 Belleville St. Guillot said the idea is to cater to tenants who work from home.

“We think the market is becoming saturated with small one-bedroom units, and the way to differentiate our properties from those built during the pre-pandemic era is to fully embrace (work-from-home) and give people the space they need,” he said.

“If we can offer people an alternative to the one or two-bedroom, and price our rents in between those two traditional options, we’re giving people more flexibility in how they choose to live and work. Just like employers are learning to adapt to a flexible workplace, housing should do the same.”

Of the 148 units, 119 would be one-bedroom units and the remaining 29 units would be two-bedrooms. 510 Architects is designing the 1801 Ellen Road project and Sekiv Solutions is the engineer. 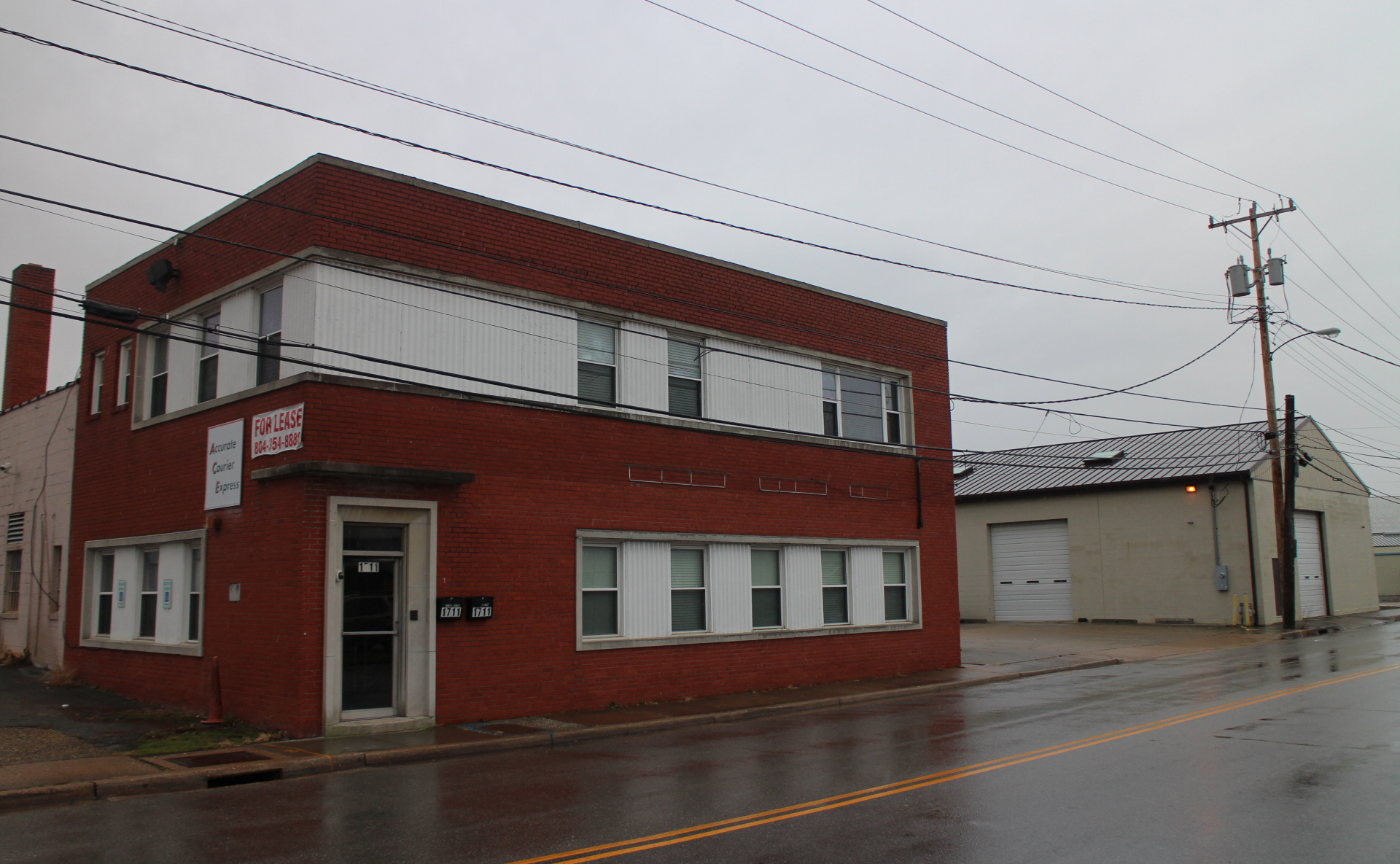 Between Wawa and The Diamond, the parcel at 1801 Ellen Road sold for $2 million. (BizSense file photo)

Guillot said that city code allows buildings to be up to five stories tall with a wood frame, which would be the case on Ellen Road as the lower two levels are planned to be concrete. In recent years the cost of lumber has shot up, pushing some developers to opt for taller buildings made of other materials, but Guillot said the market is shifting.

“If it’s out of concrete or steel, you can go as high as you want, but your cost-per-unit is much higher,” he said. “Lumber’s come back down in the last six months, especially in the last 60 days. A wood-frame building, if you’re focused on cost, is still the most effective.”

Just down Arthur Ashe Boulevard to the south, TRP recently kicked off work on Novel Scott’s Addition, another seven-story mixed-use project with 272 apartments. That site also sits across from The Diamond, which is the focus of the largest of TRP’s ambitions.

It’ll be great to see some density around the stadium. The different unit types with a home office space will likely be very popular. It’s a very nice looking massing for the atypical lot shape.

Mass? The entire section of Arthur Ashe is a typical shopping center with large parking lot with one story retail shop. The building across from Wawa on Ellen Road is very nice scale but overall.

There isn’t any green space there now. Just some older buildings that could use some curb appeal are there now.

So is the Greyhound station just going to stay there?

Where would you put it?

There had been discussions around combining it with Main Street Station before. In theory, it was intended to create more of a multi-modal transportation hub. You would have train, bus, Pulse, and regular bus all right there. Not sure what ever became of those discussions.

I might be mistaken, but I believe Amtrak objected to sharing a combined facility with Greyhound due to direct competition for business. Since reopening Main Street Station as a transportation center was 100% dependant on Amtrak’s participation, the city likely had not choice but to back off of those plans rather than risk collapse of the entire project. Personally, I would prefer a multi-modal hub there (at MSS) on the edge of downtown to bring train, bus, Pulse, regular GRTC all into one place in the center of the city, particularly if direct express bus service to and from RIC… Read more »

Right?? Who wants to live next door to that eyesore?

The design of great urban places remains elusive in RVA. The rendering tells the story: no one will be drawn to walking here – pavement and parking appear to be the priority. If this district is supposed to be about creating a destination, this scheme misses the mark entirely, looking like a typical mall outparcel.

It doesn’t matter what it looks like. People from NOVA are probably lining up to live there as we speak. And price will be no barrier.

Nice. Lots of chain retail and parking lots next to a poorly deigned apartment building. Upset Hoffman Associates and Capital Square were not short listed. The Wharf is a great development in DC and The Otis built by Greystar and Capital Square is one of the best looking apartment developments in Scott’s Addition. Concerned 100 basis points on an IRR will trump aesthetics and build quality with all these teams vying for the Diamond District. Too bad Sauer Properties cant step in. The Sauer Center is a great little project. Great Mind’s office space on Hermitage is the coolest office… Read more »

Sounds like the neighbors with dogs need to conform to business space rules now. So can we put our dogs in the empty office space while “work-from
-homers” intrude into the residential areas? Or maybe the workers can, you know, go back to the office like most everyone else. (Our office was out for one month in spring 2020).

I’d like to see a market, Elwood Thompson style, go in SA.