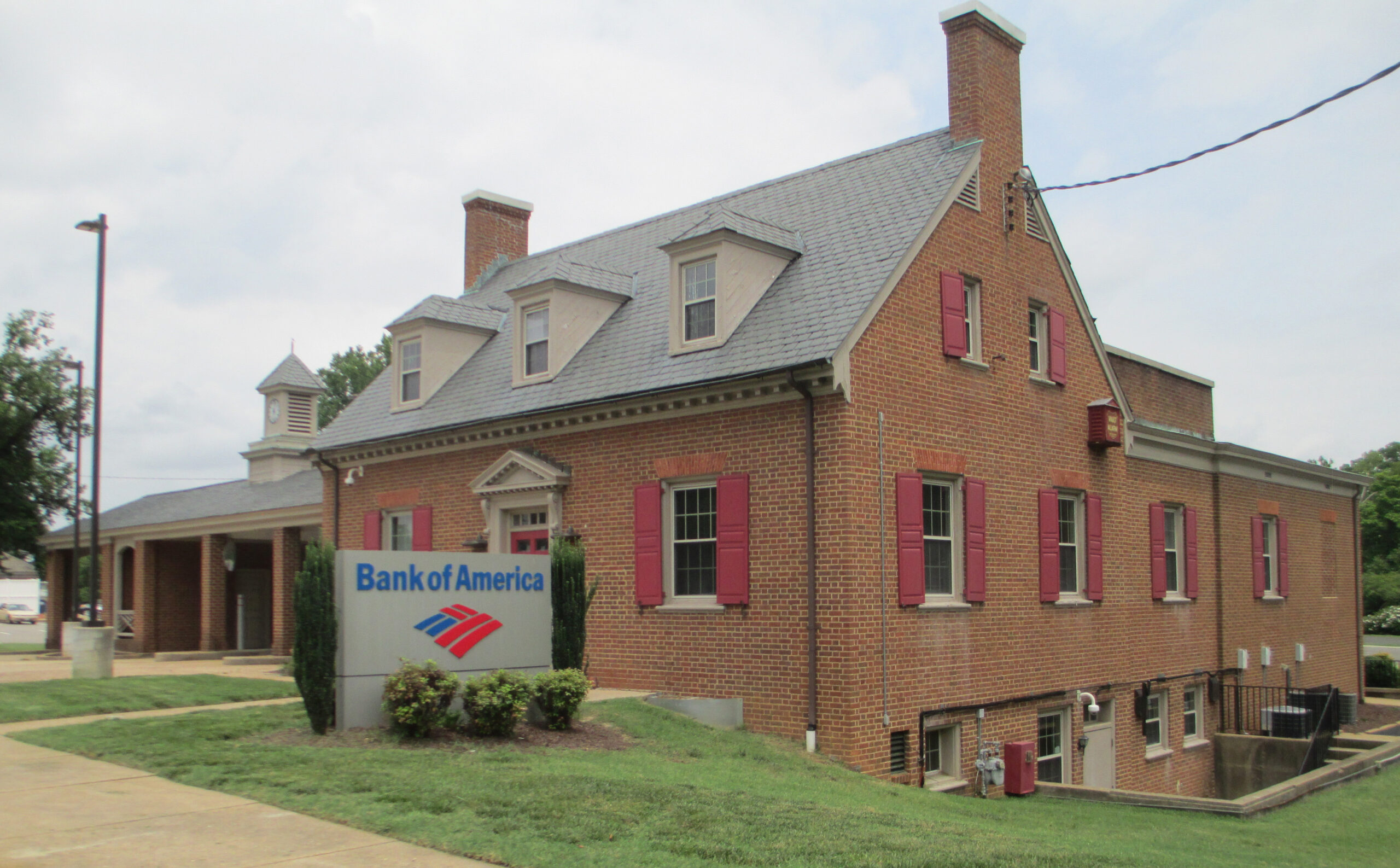 The Bank of America branch at 4921 Lakeside Ave. has been closed since the COVID pandemic began and it will soon be vacated. (Jonathan Spiers photo)

A local bank branch that was at first temporarily closed at the onset of the pandemic will soon go permanently dark.

Bank of America is planning to formally vacate 4921 Lakeside Ave.

A bank spokesman said the closure is set for September.

The Lakeside outpost has already been shuttered for more than two years, as part of what was a then-temporary round of closures of certain branches when COVID came ashore in 2020.

“Temporary financial center closures occurred in areas where we were seeing fewer visits, or in instances where a smaller location may be close to a larger location that was better able to accommodate physical distancing,” the bank said. “The Lakeside Avenue center is one where we saw fewer visits prior to the pandemic.”

The Lakeside branch held $73 million in deposits as of June 30, 2021, the most recent figures available from the FDIC. That ranks among the lowest of Bank of America’s 18 local branches.

The bank made a similar decision to permanently close its Forest Hill-area branch last year, which was also one of its smallest locations in terms of deposits and had also been shuttered at the start of the pandemic.

BofA said such closures are also driven by the rising trend of customers using online banking, a trend that gained steam before 2020 and has since been accelerated by the pandemic.

Illustrating those trends, BofA said 85 percent of deposits into the bank are made through automated channels such as mobile, online and ATMs, and 81 percent of its home loan applications last year were initiated through its online system. That’s up from 45 percent in 2020.

Despite those figures, Richmond-area banks have shown a mix of strategies as it pertains to branches.

Like BofA, its national peers like Truist and Wells Fargo have been trimming their local branch counts here and there in recent years, while national player Chase Bank continues to grow its retail footprint around the region.

Other regionally based institutions are following Chase’s suit, including Virginia Credit Union’s recent push into Carytown and Scott’s Addition. Northern Virginia’s Burke & Herbert Bank is on the hunt for branch locations around Richmond.

Despite the closure of two branches in the last 12 months, BofA retains by far the largest local deposit market share among its competitors in the region, housing $24 billion in deposits in its area branches.

“We remain committed to this community, with 18 financial centers and more than 70 ATMs throughout Richmond,” the bank said.

BofA said the employees from the Lakeside branch have been relocated to other nearby branches and that customers of the Lakeside location have been using its Villa Park branch 3 miles north.

As for its Lakeside real estate, the property is owned by the bank and it would not comment on its plans for the site after the closure.

The branch building was constructed in 1964, according to property records, and houses a 3,400-square-foot branch area and a sizable basement.

It sits on about an acre spanning two parcels, one that sits in the city limits and the other in Henrico County.

The property is assessed at around $1 million, with the land worth nearly as much as the building.

BofA inherited the property through predecessors from various mergers. Over the years the branch has flown the flags of First & Merchants, Sovran and Nationsbank.

Hi, back in the early 70’s, a little boy climbed that tree to the left of the bank building and fell out of it and we had heard it was fatal. But as kids are, maybe he just broke an arm? Does anyone remember this or know if the boy was ok?