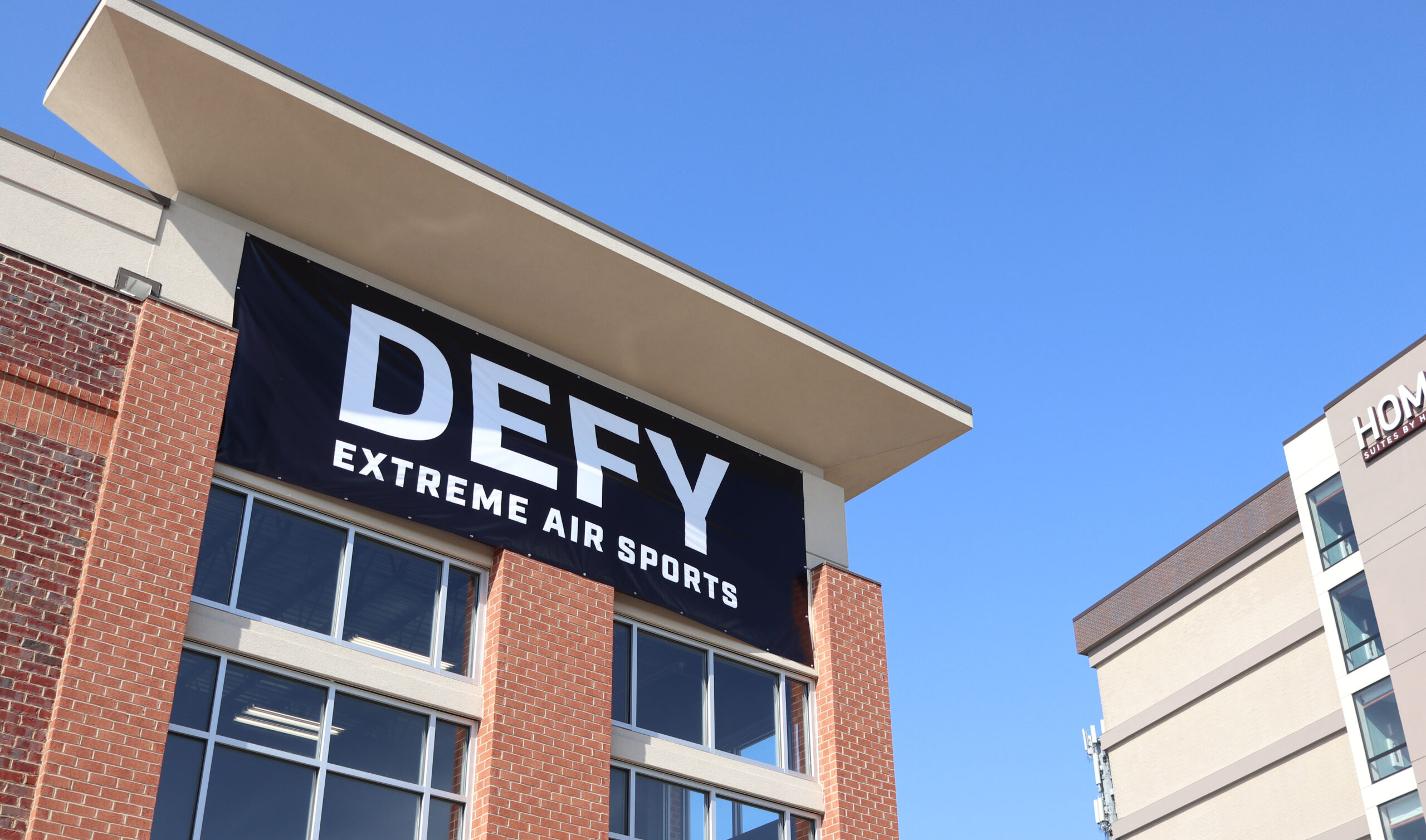 Jumping in where a competitor left off two years ago, a trampoline park franchise has opened in Short Pump.

The 25,000-square-foot building had been home to Boomerang Air Sports before it closed at the height of the pandemic in 2020 after three years in business.

The new outpost is Defy’s second in the region, with another trampoline park at 10087 Brook Road near Virginia Center Commons. 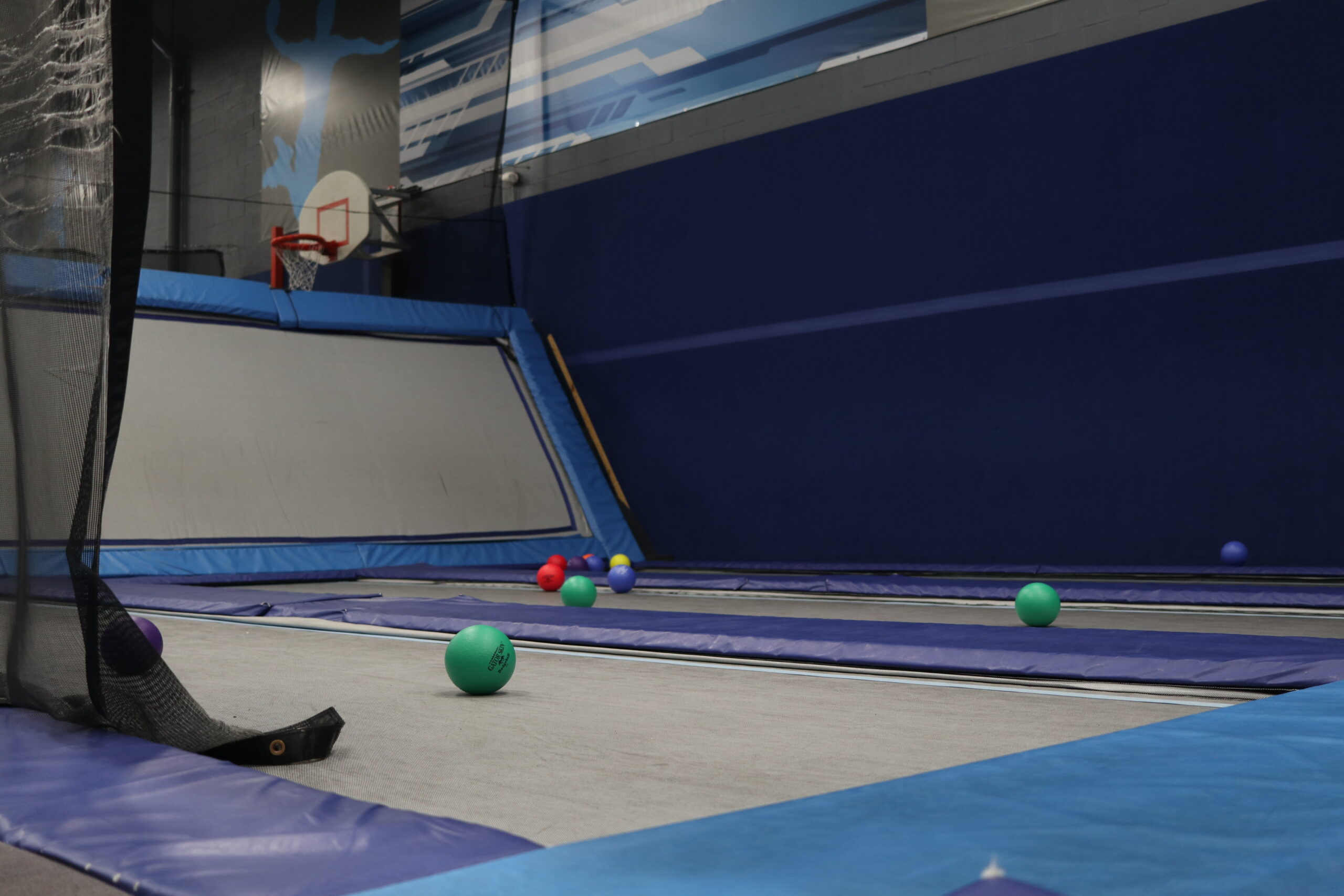 The facility hosts a variety of activities, such as extreme dodgeball.

Defy, which has 61 locations nationwide, launched in the Short Pump space with an array of activities, including a ninja course, trampoline area, basketball space and a dodgeball arena. Though it’s already in operation, General Manager AJ Jones said the company is working to fully remodel the location by the year’s end.

“We’re going to add quite a few new attractions,” he said. “A (climbing) wall is coming in, an AirTrack basketball court and a zipline, as well as the toddler soft play area.”

Boomerang opened in 2017 and was developed by Stanley Shield Partnership. According to its Instagram, Boomerang announced a temporary close in 2020, citing health concerns due to the pandemic. It never reopened.

Defy began operations on June 15 and held its grand opening last week, a delay caused by supply chain issues. Jones said procuring party supplies, such as paper plates and tabletop decorations, have become a major strain for the company. A notable part of the business’s revenue comes from organizing parties and the space has four rooms to fit up to 50 people apiece. 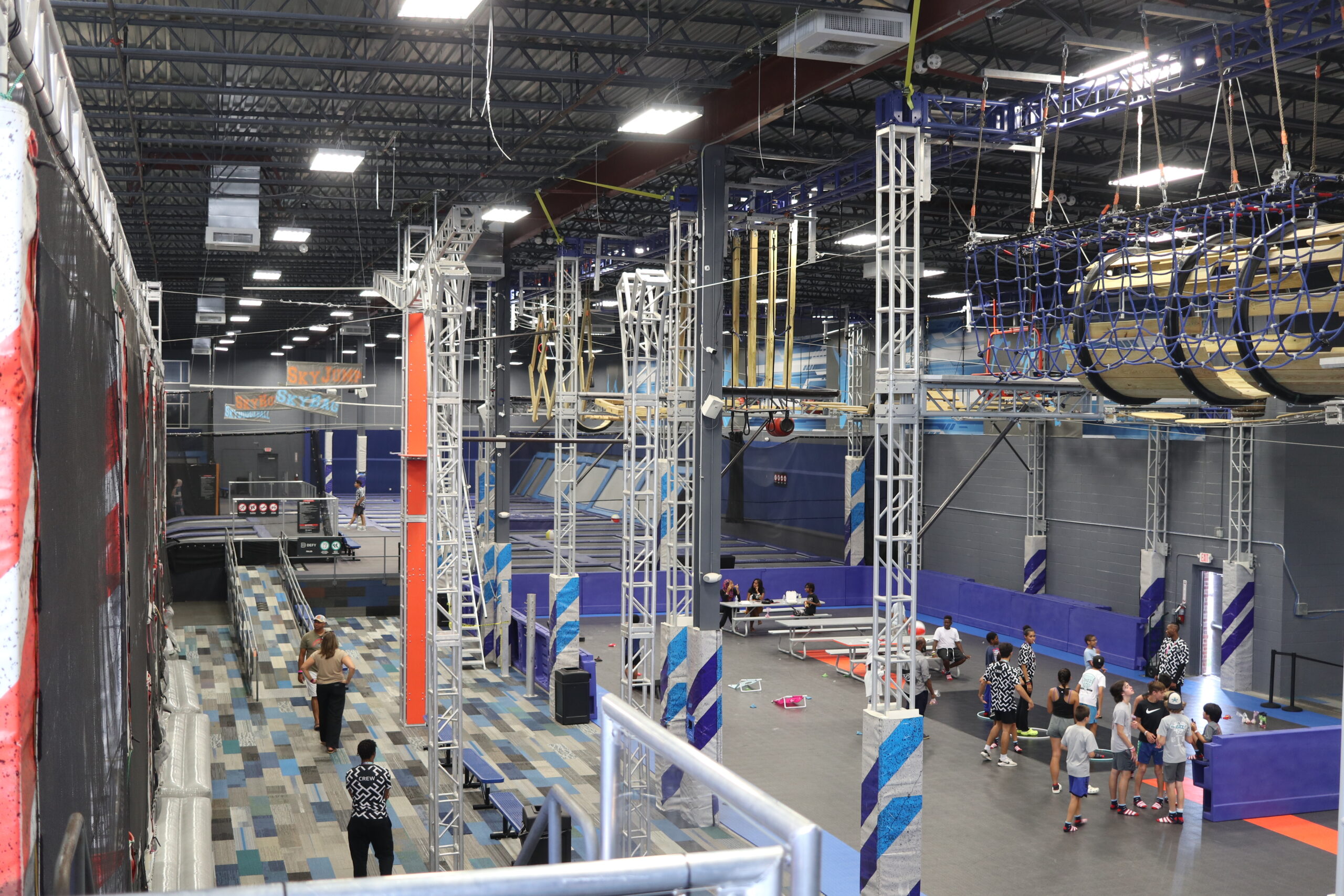 The 25,800-square-foot space is still undergoing renovations. Guests can expect new additions for the rest of the year, such as a zipline and climbing wall.

“I think people are really spending a lot more time celebrating each other,” Jones said, giving his perspective on the shortage. “Why not have more birthday parties, you know, why not if everyone’s at home?”

Though Defy is geared toward children, Jones said that anyone from age 3 to over 30 can participate. The trampoline park also accommodates children with special needs.

Apart from party and group events, Defy offers a Flight Club membership, the cheapest option costing $20.99. Otherwise, guests can purchase a standard ticket for $21.99, allowing for 90 minutes of jumping. Prices for an all-day pass vary.

The location currently has about 45 employees and Defy is always looking to hire, Jones said.

Short Pump’s Defy is just up the street from a 9-story hotel being developed by Kalyan Hospitality. It’s also just east of a proposed 1,600-home development from Henrico-based Markel | Eagle Partners.