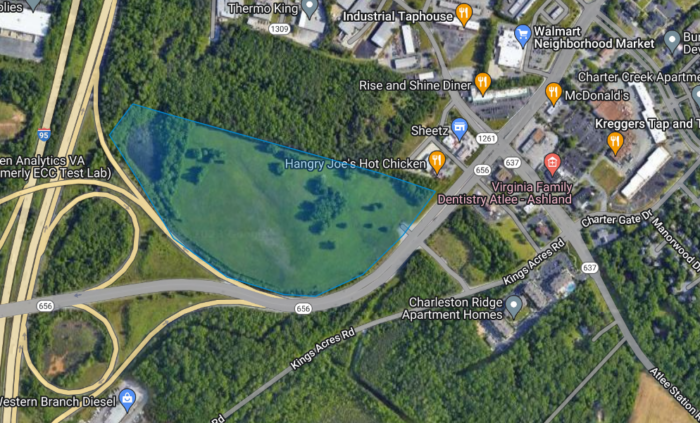 HCA Healthcare is seeking state approval to build what would be its first hospital in Hanover County, extending its reach to a part of the region where a competitor hospital is wrapping up a sizable renovation project.

The Nashville-based health system wants to build a 60-bed, $233.6 million acute-care hospital that would rise on a site on Sliding Hill Road just off of I-95 near Ashland, according to a certificate of public need (COPN) application filed with the state health department this week.

HCA intends to buy the 40-acre site for the hospital from entities tied to the Pruitt family for $14.5 million. 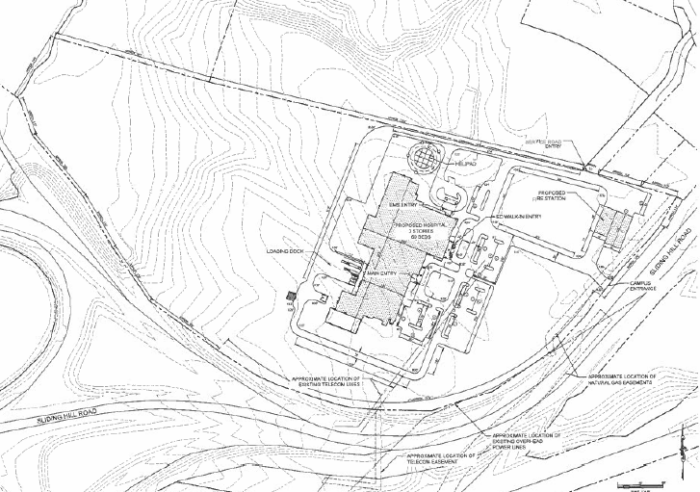 Virginia requires healthcare providers to submit applications to the regulatory COPN program for approval when they want to create or expand facilities. In addition to state approval, HCA is seeking a rezoning from the Hanover Board of Supervisors to pave the way for the facility’s construction.

“Filing the COPN application is the first step in the approval process. HCA Virginia will continue to work through this process in partnership with state and local regulators,” HCA spokeswoman Pryor Green said in an email Thursday.

The proposed hospital’s inpatient bed count would be split into 54 medical/surgical beds and six intensive-care beds. The facility would feature a cardiac catheterization lab as well as four general purpose operating rooms, an MRI scanner and CT scanner.

HCA intends to outfit the hospital by relocating 60 beds from Retreat Doctors’ Hospital in Richmond. The Fan District hospital’s cardiac catheterization lab would also be moved to the new Hanover facility. Other features of the hospital would be relocated from other, yet-to-be-determined local HCA facilities, according to the application.

Retreat Hospital is planned to continue to operate, though its licensed-bed count would decrease to 167 beds, according to the application. 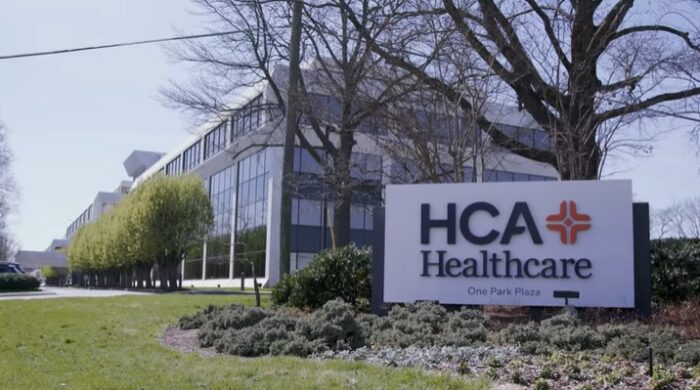 The application states that the new Hanover hospital would be staffed by about 600 full-time equivalents, most of whom would be existing local HCA employees relocated to the new hospital.

HCA’s arm in the Old Dominion, HCA Virginia Health System, currently runs six hospitals in the greater Richmond region. The proposed Hanover hospital, which HCA calls Ashland Hospital in its application, would operate as a campus of Henrico Doctors’ Hospital and be HCA’s first hospital in Hanover.

“The project aims to better serve patients already seeking care from Henrico Doctors’ Hospital at a location closer to their homes,” Green said. “The proposed location for this hospital, just off of Interstate 95, will be easily accessible for residents, EMS providers and travelers passing through the area.”

The health system has a multi-state presence that includes facilities in Virginia outside the Richmond region.

HCA’s push into Hanover comes as Bon Secours is in the last stages of a $50 million expansion and renovation project at Memorial Regional Medical Center in Mechanicsville.

I think having another hospital in Hanover is a great idea…. just NOT at THAT location. That’s the most traffic clogged section of Sliding Hill Rd. I think it will be much better to place it somewhere near Lewistown Rd and Route 1.

I’d personally like to see it in Ashland. I think it’d be a great location offering better coverage for western Hanover and southern Caroline.

It’s literally six miles from the Ashland Exit (Exit 86 compared to 92) and right off the interstate. If you built it somewhere in Ashland and had to travel 1/2 mile of the interstate through 5 stoplights and 25MPH zones it would literally take you the same time to get there from Caroline. The other factor is if you look at a map you really can’t find 30+ acres of undeveloped land in Ashland if you are referring to inside the town limits. The western Hanover Population is dwarfed by the population within 8 miles of the Sliding Hill Exit… Read more »

They need to build some large empty rooms in the new hospatil that can carry several hundred beds should they need to be set up in case we have another pandemic that cracks the ICU capacity.

The empty rooms could be like the collapsible lifeboats on Titanic were they could be converted into regular hospital rooms quickly in a virus surge.