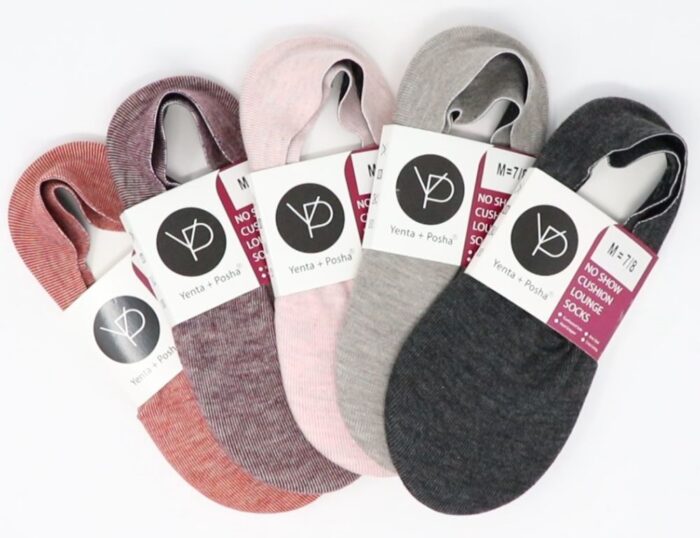 On the heels of a new product offering, a local women’s insoles company has growth plans in the works for 2023.

Yenta + Posha, launched six years ago by Goochland resident Brianna Schwartz, recently rolled out a no-show sock to complement its insoles offerings. The product line expansion comes as the company eyes the introduction of an insole for men and a move out of the founder’s home and into a commercial space this year.

Schwartz came up with Yenta + Posha after a decade on her feet as a corporate meeting planner.

“I set up trade shows on concrete floors for 10 years,” she said. “It was basically traveling all over the U.S. setting up 1,000-plus people trade shows. …I never sat down. I mainly ran events for executives and you weren’t allowed to wear sneakers.”

Schwartz said she struggled to find shoes or insoles she felt worked for her and in 2016 decided to try to design her own. That led to the launch of Yenta + Posha in 2017. 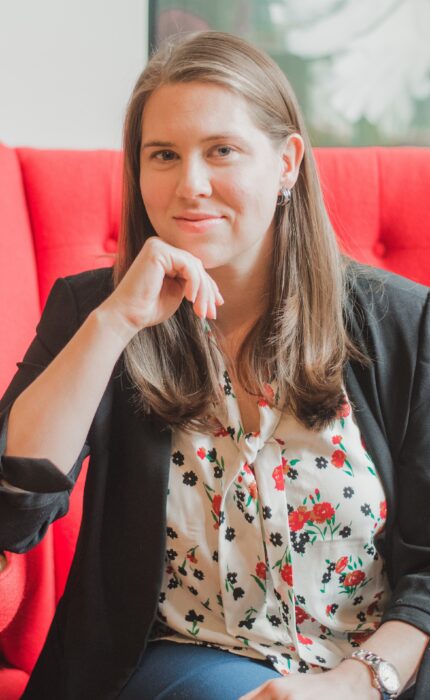 The company started out selling shoes and what it calls its Performance series insoles. Schwartz said she found the standalone insoles were more popular and decided to focus on those. She introduced a second insole product, the Embrace series, to the market in 2020.

Schwartz said the new no-show sock was inspired by what she felt was a gap in the market and is designed to be wearable with shoes alongside the company’s insoles.

“I couldn’t find a slipper lounge sock that wasn’t thick all the way around,” she said. “I designed it to be a nice comfortable cushion on the bottom and nice to wear around the house, but it’s so soft and thin on the top you can wear it with sneakers and boots.”

The company began selling the socks in October and introduced new colors this week. A one-pack of the socks sells for $19 on its website.

“The insoles are my hero product, but I do think the socks will be big business,” Schwartz said. “The insoles are going to continue to be a huge focus. I’m proud of what they do and the customer feedback on them.”

A contract manufacturer makes the no-show socks according to Schwartz’s design. Yenta + Posha assembles its Performance Series insoles locally at its home-based headquarters in Goochland out of components made overseas.

The coming year is planned to be a busy one for Yenta + Posha. Schwartz wants to move the company’s office and local assembly operations to a commercial space in the region, with a target move-in date of this summer.

And in the fall, Yenta + Posha is planning to unveil a men’s insole to further grow the business.

“Having not just women’s insoles but a line of men’s insoles as well is going to open a lot of doors,” Schwartz said.

She said she knows the demand is there as men are already buying the company’s women’s insoles.

“I’m kind of surprised by how many men have ordered insoles from me. I was so focused on women because they don’t have many options. Along the way, I’ve had men put them in cowboy boots, sneakers, steel-toed boots – you name it.” 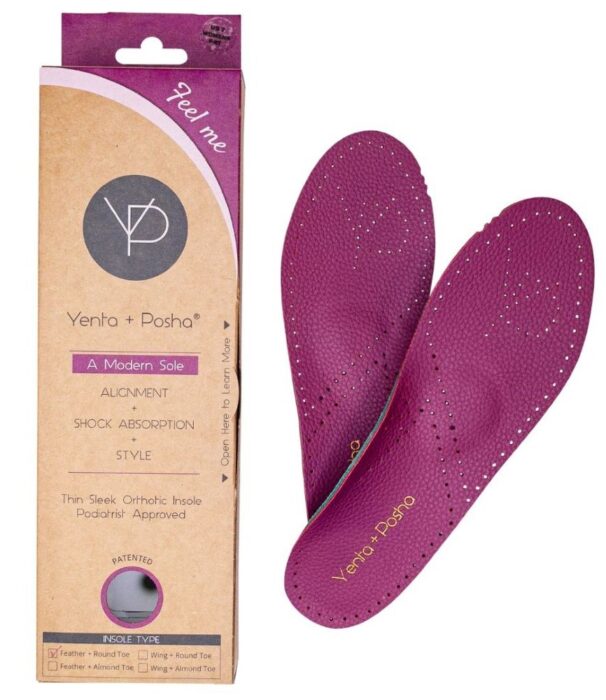 Also on the drawing board for 2023 is the company’s plans to expand into business-to-business sales. The company currently sells direct-to-customer on its website and on Amazon.

Schwartz said she is working on finding corporate customers who will buy the company’s insoles and turn around and either sell to or outfit employees who are frequently on their feet in industries like retail and construction.

She said Wednesday she had at least one B2B client lined up but declined to name the customer.

The growth plans follow the company’s announcement last month that it had been awarded a seal of acceptance from the American Podiatric Medical Association for its two insoles offerings: the Performance series and Embrace series. Schwartz said that the certification, which means the insoles have undergone an evaluation by the professional group, will make her pitches to businesses easier.

“We basically don’t have to prove ourselves to people anymore,” she said.

Schwartz runs Yenta + Posha full-time and hires contractors to help her as needed. She plans to bring on employees with the planned move to a commercial space.

The company is named after two now-deceased pit bulls Schwartz had as pets.