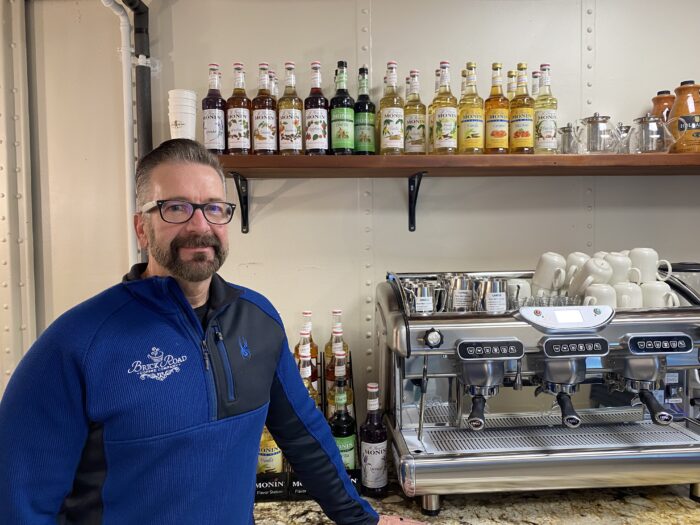 What started as a dream for a coffee shop in West Broad Village has materialized elsewhere in western Henrico County.

Brick Road Coffee Co. plans to open in early February at 8055 Shrader Road, where it has taken over a portion of the property formerly occupied by Northstar Academy.

The impending coffee shop is a few years in the making, and has its origins in owner Olaf Ross’s search for a local neighborhood cafe when he and his family moved to the Short Pump area from Louisiana in late 2019.

“I felt like it was time for some change so we made the trek up here. My wife is from Richmond,” Ross said. “We moved into West Broad Village and we had just started settling in and I said I was going to run out and get some coffee. … I don’t do Starbucks and I said there’s got to be a (local) coffee shop and she said there isn’t.”

Ross wasn’t quite sure what his next move would be in his new home after selling his stakes in his Louisiana businesses, which included gyms and food service companies. His wife suggested a coffee shop.

“My wife just said, ‘There’s your calling. Go open a coffee shop.’ I said, ‘Nah, I don’t think that’s right for me.’ But that was the seed and that seed just grew and grew.”

Ross ended up leasing a 1,600-square-foot space for the cafe on Shrader Road, which runs roughly between Parham Road and West Broad Street. Prior to Northstar Academy’s tenure at the property, the site was home to an outpost of Victoria Station, a chain of railroad-themed steakhouses. Northstar had used the restaurant’s converted train cars as classrooms, and they’ve been renovated to serve as the coffee shop. Ross also has decorated the cafe with Victoria Station memorabilia.

The cafe has seating for 50 people indoors and a patio with seating for another 15 customers. 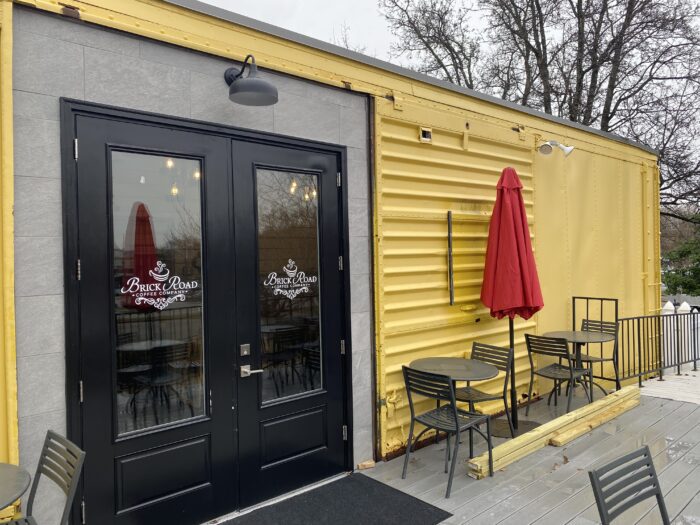 Ross estimated he had invested more than $150,000 in the buildout and equipment for the shop.

“I honestly did not think at my age I’d have the energy or the will to want to do this again because I remember what it took to build my first business,” Ross said. “I needed time to breathe, to resettle my heart and say, ‘Yes, this is what I want to do,’ but also prove to myself you still got it, even though you’re in your fifties.”

In addition to coffee and other drinks, Brick Road plans to serve breakfast and lunch with offerings like crepes and sandwiches.

The coffee shop is planning to establish its own roastery in the space. Ross said that the company currently contracts with a D.C.-based roastery for the creation of Brick Road’s line of coffees.

Ross expected Brick Road would be roasting its own coffee and serving it in the cafe a few months after opening. He also plans to offer packages of coffee for retail sales.

“We’ve been tasting and perfecting the taste we want,” he said.

Northstar sold the property in May. The Shrader Road property had been the private school’s main campus. The K-12 and vocational school for students with disabilities is now located at the former Strayer University at 11501 Nuckols Road.

I wish this entrepreneur well. Having said that, I’m always a little turned off by the “I don’t do Starbucks” crowd. Not a comment I would ever make publicly. But that’s just me trying not to sound uppity.

There are plenty of folks who don’t like Starbucks, aside from their politics. Bitter, burnt, and unnecessarily expensive.

We know who the corporate man is lol! Starbucks coffee tastes TERRIBLE!

Excited to try this place!

I wish him luck, but that location seems awful offhand. There’s a reason the coffee shops are almost all in the city.

Will Graves
Reply to  Charles Frankenhoff

If he works on promoting catering for Parham Doctors Hospital and the Henrico Police HQ, he may wind up doing fine. Will have to move strategically, however.

Last edited 7 days ago by Will Graves
1
Reply

While it’s sad it’s so far outside the city, I do love converted rail equipment. And it’s a boxcar too! I wonder what the provenance of this equipment is. Southern Railway, perhaps?

This may come as a shock to the downtown crowd but many of us who live in Henrico enjoy coffee, too.

I think this will be very successful and am looking forward to frequenting Brick Road Coffee often. My hat is off to Olaf Ross for creating this wonderful alternative to that other brand that I am tired of. Good luck Olaf and all the best. Tom Winfree