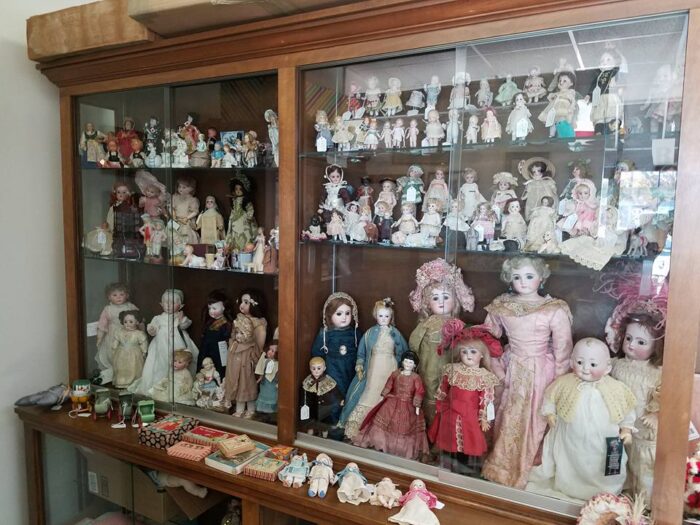 A display of antique dolls for sale at McHugh’s Restorations as seen in this photo from the company’s Facebook page.

After decades of repairing everything from ceramic dolls to fine china collections, McHugh’s Restorations is closing.

The business plans to shutter its studio at 5708 Patterson Ave. next Tuesday, ending a more than 40-year run for the porcelain restoration and estate sales company.

Co-owner Kimberley Overman, who started working at the family business when she was 17, said it has become too physically challenging for her to continue the restoration handiwork.

“The main reason is my hands hurt,” said the 58-year-old. “This type of work doing ceramics and glass restoration takes a toll on the hands and the eyes. That’s a thing that’s not going to get better.”

Overman said she and her sister and co-owner Brigid McHugh Jones discussed selling the business, but the niche nature of the work was a hurdle. 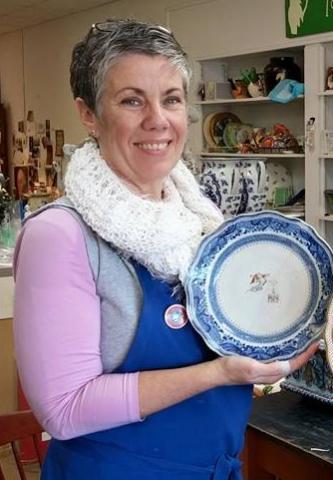 “This is a discussion we’ve had very seriously for about a year, but really the last two years. We’re just an unusual fit, it just didn’t seem to come together,” Overman said of a potential sale.

She said there was also a desire to preserve the business’s decades-old reputation.

“We’re going out on top and people are upset to see us go. I would have to trust that name and 40 years of work to someone else and that they would look at it the same way we did,” Overman said. “The most valuable thing you build in your business is your name and your reputation.”

In addition to ceramics and glass, the company also restores porcelain dolls. Overman handles most of the repair work while her sister focuses on the painting side of the restorations.

Overman’s parents, Desmond and Louise McHugh, founded McHugh’s in 1980. The couple had been antique dealers in Philadelphia and New Jersey in the 1970s and opened McHugh’s when they moved to Richmond. The company added an estate sales arm in the early 1990s.

McHugh’s has operated out of the Patterson Avenue space in Westhampton since 2007. The company was originally located in Carytown and moved around the area over the years before it settled in its current location. Overman said McHugh’s has enjoyed steady business from loyal customers over the years and that the pandemic didn’t have a major impact on the company.

“You couldn’t set up a business like this anywhere else. Richmond is a quirky place that has been so good to us,” Overman said. 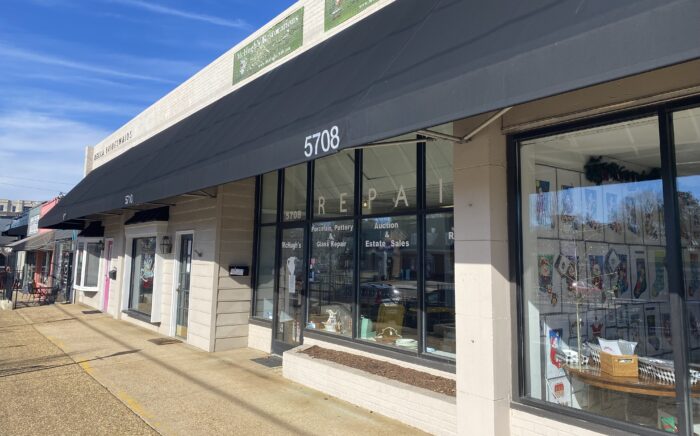 Overman said she wasn’t sure yet what her next move will be. Her sister plans to continue to provide doll consignment and restringing services as well as auctions and estate sales under the banner of McHugh’s Auctions.

In addition to individuals, McHugh’s has had institutions as clients as well, among them Mount Vernon, Lewis Ginter Botanical Garden, Wilton House Museum and The Valentine, per the company’s website.

Overman’s favorite job, as part of a team on behalf of Mount Vernon in the late 1990s, was the restoration of two pieces of a china set once owned by George Washington.

“That’s the highlight of my career,” she said. “You think of the people who might have had tea from there. We’ve been really lucky.”