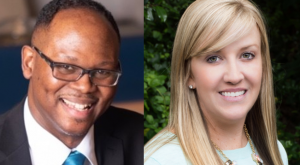 A bank president leaves his position. The City of Richmond names a new police chief. New faces in real estate, finance and more.

A $3 million sale in Manchester in the city of Richmond heads the list of purchases this week. 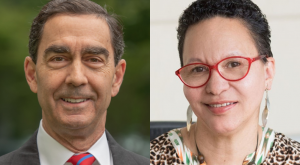 The Virginia personal injury law firm awarded the George E. Allen Scholarship to fifteen deserving high school seniors from across Central Virginia on May 14, 2019 at an awards dinner at Lewis Ginter Botanical Gardens.

The Allen Law Firm is pleased to announce that 17 attorneys have been named to the 2019 Super Lawyers list.

Chesterfield County leads the list of property transfers with over $90 million in sales. To see the transfers including Richmond and the Henrico and Goochland counties, become a BizSense Pro.

A concrete company claims a principal conspired to make the company cease operations and wants $1.5 million in compensation, and a landlord says a tenant in default could owe nearly $700,000. The Docket is open for all BizSense Pro members.

The extension of an airport concourse for $18 million gives Henrico County the top permit this week. Chesterfield County’s new middle school is getting $14 million of work. For the entire list including Goochland and Hanover counties and the city of Richmond, become a BizSense Pro member.