A list of new business licenses from around the Richmond area. 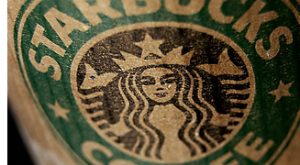 Richmond area Starbucks employees will soon have to toss their green aprons into the wash, along with the rest of their uniforms.

The repo men have been busy in Richmond. And that means more cars for sale at the Richmond Auto Auction, which every Friday sells vehicles to the public. The company is seeing more and more high-end cars, the result of banks that have taken back the keys. And for the banks, some are so new to the process they must call and ask how it’s done.

David Urban has been named the interim dean at the VCU School of Business.

Bing, schming. If you need to search the Web, Google is still your best bet. It’s still the easiest to use and handles the dozens of searches most of us perform better than Bing, which Microsoft launched May 28. And for business owners, why mess with a good thing?

High-speed rail in Richmond chugs closer to reality. Gov. Tim Kaine met with Vice President Biden  at the White House yesterday to discuss regional high-speed rail and tried to secure some of the $8 billion  that has been allocated by Obama for the U.S. transportation project. “The meeting went very well,” said Gordon Hickey, Kaine’s… Read more »

To thousands of guitar aficionados, Richmond is known as the return address for one of the finest craftsmen in the world. That’s because Lindy Fralin has built a rabid following for his Richmond-made guitar pickups, magnetic and copper wire apparatuses that translates the vibration of metal (the strings) into sound and send it to the amplifier. Fralin’s story is a refreshing lesson for budding entrepreneurs — if you can be the best at whatever it is you enjoy, you can build a thriving business.

The AP is reporting that charitable giving to the Central Virginia United Way has dropped off by about 16 percent.

Dominion Resources gave more than $1 million to local free health clinics at a ceremony at Fan Free Clinic Tuesday. And the timing is right — patient volume at the free clinics in Richmond is up 25 percent compared to last year, on account of the economy.

You know how co-workers or friends e-mail you articles or videos they think you might enjoy? Twine acts as an aggregator, allowing users to post those links directly to their Twine. Then they can match up with other Twiners who share the same interests. There could be a lot of potential there down the road if enough people jump on the bandwagon.