CarMax claims a company has infringed on its trademark and is conspiring to hurt its business, and a technology/leasing firm says it is due more than $1 million in payments. The Docket is open for all BizSense Pro members. 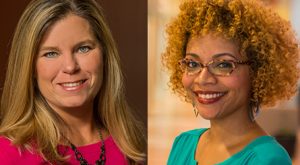 A longtime construction executive announces his retirement. A nonprofit names an executive director. New faces in law, marketing, real estate and more in this week’s Herd.

A home in the Glen Carrie subdivision of Ashland in Hanover County is this week’s highest priced home on the block. For all of this week’s listed properties, become a BizSense Pro member.

A downtown shoe repair shop moves to Henrico County. Chesterfield County reports a license for a motivational speaker service. For the entire list of licenses, become a BizSense Pro member.

An engineering company failed to note foundation deficiencies in a century-old home they were buying, homeowners say, in claiming damages of $500,000, and the city says VCU, engineering and construction companies are responsible for a water main break that cost it $663,000. The Docket is open for all BizSense Pro members.

A $3 million renovation of the Henrico County Circuit Court in this week’s permits. Chesterfield County has a permit for a future Starbucks. To get all of this week’s permits, including the city of Richmond, become a BizSense Pro member. 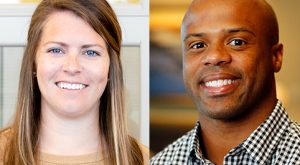 A founding partner of an award winning restaurant has moved on to a new dining venture. Dominion Energy hires a retiring G-man to head security and Lyft names an executive to its new venture, Express Drive.

This week, over $4 million worth of properties are on the block. Henrico and Chesterfield counties account for $2 million of foreclosed homes. To read the entire list, become a BizSense Pro member.

A local insurance company completes an acquisition in Bermuda, a local bank’s largest shareholder again increases his stake in the company and a local CEO exercises nearly $600,000 worth of stock options.