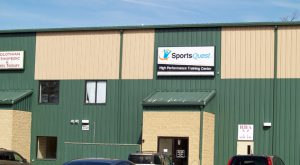 A meaty docket this week: A former resident said a bedbug infestation at a nursing home caused him to get sick and then when the place closed, lose all his stuff. And another contractor has sued SportsQuest for unpaid bills. Plus banks trying to collect on real estate.

Patents this week for a drug device company in Ashland, Capital One, Philip Morris and more.

A ridiculous number of new businesses this week including a new general store in Glen Allen, several new restaurants, and you guessed it, another frozen yogurt shop.