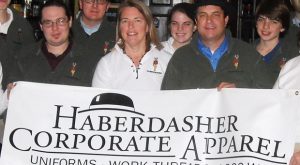 Uniform supplier Haberdasher Corporate Apparel expanded beyond the walls of the owners Malvern Avenue home and into 2,000 square feet of office space in Henrico.

A commercial brokerage is trying to collect $23,000 from a real estate holding firm. Plus other suits involving heath care and injured workers.

Some big stock acquisitions for local insiders. Plus a local REIT has hired a slew of investment banking firms to help combine four of its funds. And Brink’s bought a French logistics software company. 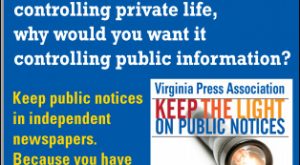 The Virginia Press Association is braced for its annual fight with Del. Steve Landes over a bill to free up localities from having to advertise public notices in newspapers.

A West End spirits store located in a shopping center next to a Martin’s grocery store is closing.

Avitas Capital and Ewing Bemiss make their first appearances in DealFlow. Plus deals this week from Cary Street Partners, Harris Williams and BB&T.

For the second time in a week, a Richmond-based furniture store announced it will close a store. 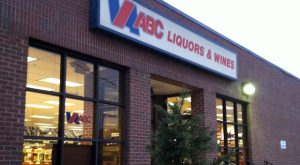 The busiest store in Richmond sold about $6 million in alcohol — and its location might surprise you. BizSense has a list of the Top 10 ABC stores for the region. 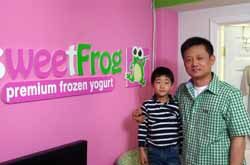 The booming frozen yogurt trend is expanding in Richmond again.