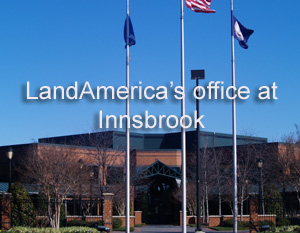 The gloves have come off as former LandAmerica customers fight to retrieve money they gave to the company to hold for a few months.

Lawyers representing former customers of LandAmerica’s 1031 Exchange business have filed two class action lawsuits against the company, alleging that the Richmond-based firm committed fraud and was using money from new customers to pay existing customers – or a Ponzi scheme of sorts.

And they’re also gunning for executives and anyone else who knowingly helped the company defraud customers, including SunTrust Bank.

So far, the two suits have named former chairman and chief executive Theodore Chandler, chief financial officer William Evans, controller Christine Vlahcevic and Stephen Connor, who was a vice president and at one point oversaw the 1031 business. More executives and former executives could be included as information about the inner workings at the 1031 Exchange emerges, according to a lawyer who filed one of the cases.

“We’re going outside the bankruptcy court to obtain funds from people who participated in fraud or helped the fraud,” said Robert Brace, a California lawyer who filed one of the class action suits.

The other case alleged a similar crime and was filed in a Richmond bankruptcy court on Friday.

A brief history of LandAmerica’s troubles is helpful for understanding the current lawsuit. At some point in 2007, LandAmerica’s 1031 Exchange (LES) invested some clients’ 1031 money in auction-rate securities, the lawsuit claims. The 1031 exchange is a tax code provision allowing a seller to postpone capital gains tax on the property if they buy another one within 180 days and park the proceeds of one sale in an approved account.

LandAmerica earned interest on the money, so it wanted to maximize its return until it gave the funds back to the customer. At that time, investment professionals believed that auction-rate securities were as safe as money markets but with higher returns. However, in February 2008, the auctions for the packages of bonds and other loans stopped occurring, which meant LandAmerica couldn’t get the money out. There was no buyer for the packaged securities. At that time, LES had $201.7 million tied up in auction-rate securities, the suit alleges.

The lawsuits alleges that LES then used new clients’ funds to pay existing exchangers, whose funds were locked up in the auction-rate securities.

“Matter cannot be created nor destroyed – only rearranged,” Brace said.

“How can LES pay six to eight months of exchanges if all that money was tied up unless they paid it will new money coming in? Where did my clients’ money go? Where is it?”

The case is a civil matter – as of now – so there would be no possibility of jail time for the current and former executives, none of whom could be reached by RBS.

Thomas Ebel, a bankruptcy attorney with Sands Anderson Marks & Miller who represents some 1031 customers, said that the executives might not have to pay anything. “It’s probably with the goal of invoking the director and officer’s liabilities insurance, which would cover that,” Ebel said, explaining why lawyers are naming executives in the lawsuits.

Ebel added that the facts of what LandAmerica’s executives knew and when likely won’t come out until the discovery period of the lawsuit. Brace said the discovery could begin in March. At that point, he will fly to Richmond to depose the executives.

It appears that LES has no money other than the auction-rate securities to pay exchangers. That’s why the suit is also going after SunTrust Bank, which Brace alleges knew that LES was using new exchangers to pay the customers whose actual funds were tied up.

“It’s a service company that charged $700 per exchange and gets interest on income. They do not have hundreds of millions of dollars. That belongs to the exchangers,” Brace said.

LandAmerica had no comment, and there really isn’t anyone to contact since part of the company has been sold.

Here’s one possibility of what happened: When the auction-rate security market closed up in February, nobody knew how it would be locked up. So LES might have temporarily borrowed from new exchangers, along with a $60 million loan from the parent company, thinking that they would soon be able to sell the investments. (Creditors of LandAmerica want that $60 million back)

But that day never arrived. The market for auction rate securities never reignited and has not to this day started back up. And so the company was forced to file for Chapter 11 bankruptcy protection on Nov. 26. This does not mean the auction-rate securities are worthless. But to find a buyer for the packaged loans, which the lawsuit says are bundles of government-backed student loans, the securities will have to be sold at what might be far less than the dollars LES put in.

Brace’s lawsuit also alleged that the company was still taking in new customer money just days before it filed for bankruptcy protection.

“LES continued to solicit new business until just prior to its filing for bankruptcy, continued to pen 1031 exchange accounts, continued to accept Exchange Funds. … These continuing non-disclosures and misrepresentations were false, and LES knew or reasonably should have known, they were false at the time they were made,” the lawsuit said.

The failure of LES has caused extreme hardships for about 400 people, many of whom will face stiff tax penalties and possibly more lawsuits for failing to buy other properties for which they’ve signed contracts.

According to a must-read story from Inside Business (it’s free once you register), there are no regulations about how 1031 intermediaries can invest the money.

Why did LES pay clients whose money was locked up with incoming money?
When the market first clogged up, they probably thought it was temporary. And had it been temporary, there might have been no foul. But the lawsuit contends that at some point they knew they were doomed and still took in new client money, or put another way, they may have committed fraud.

Aaron Kremer is the BizSense Editor. Please send story ideas or insights into this continnuing case to [email protected]

[…] Several of LandAmerica 1031 Exchange’s former customers are owed hundreds of thousands each for money they thought was held in trust and intended for future property transactions. Instead, they say, their money went to pay previous exchange clients, whose money was invested in auction rate securities that lost their value when the auction market collapsed. (You can read about that in a previous RBS story here) […]

My property was put into the name of Builders Exchange Company in 2005. The exchange never took place and they never put the property back in my name. Who do I contact to retitle the property to me, its rightful owner?