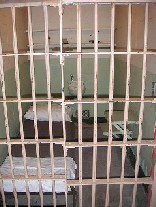 Edward Okun, president of the now-defunct 1031 Tax Group, is going to spend the rest of his life in prison; or at least the next 100 years of it.

The Richmond-based 1031 Tax Group was a Ponzi scheme, collecting money from new clients to pay off old clients and fund the lavish lifestyle of its top executive. The scheme lasted from 2005 – 2007 when 1031 TG filed for Chapter 11 Bankruptcy.

A jury in Richmond federal court handed down the verdict in March, convicting Okun of everything from mail and wire fraud to money laundering and bulk cash smuggling. Today, a judge sentenced Okun to 100 years in federal prison.

Under section 1031 of the tax code, investment property owners can avoid paying capital gains taxes on sold properties if they use the proceeds to buy new properties within 180 days. The proceeds can be held by a qualified intermediary (a firm) that can hold the funds.

What Okun was supposed to be providing was a risk free service, where money was being held during the non-taxable period. Instead, Okun used the funds as his personal checking account.

The scheme unraveled when it became obvious that he was using client money to invest in commercial real-estate.

Investigators uncovered that Okun had gone to extremes to avoid paying duties on his money, at one point smuggling $15,000 by way of his personal yacht in the Bahamas.

From the Justice Department report:

The evidence also showed that Okun instructed his employees in Richmond to withdraw $15,000 in cash from Investment Properties of America’s (IPofA) bank account, a company owned by Okun, and smuggle the cash to his personal yacht on Paradise Island in the Bahamas to avoid federal currency reporting requirements.

By the end of the scheme, he had defrauded clients of $126 million. He had sought a 10 – 15 year sentence, arguing that his comparatively small $126 million scheme paled in comparison to Bernie Madoff’s $65 billion fraud. (Okun defrauded clients $1 for every $515 stolen by Madoff.) Since Madoff had received 150 years, it made sense that the punishment should be proportional to the dollar amount of the scheme.

But the government disagreed, arguing that Okun’s crime was worse than Madoff because Okun’s clients thought that there was no risk involved in putting their money in the 1031 Tax Group, as opposed to Madoff’s investing fund.