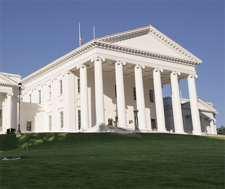 State Sen. John Watkins is the most business-friendly lawmaker in Central Virginia, according to Virginia FREE.

The organization is a nonprofit made up of trade associations, corporations and individual business people that lobbies the General Assembly for business-friendly legislation.

On Wednesday the group released its annual business ratings of the General Assembly based on their votes and positions on particular business issues.

Watkins, a Republican representing Midlothian, received an 89 rating on a scale from 1 to 100. In the past session, he voted for bills favored by the group 92 percent of the time.

Del. Sam Nixon (R-Richmond) also got an 89 rating, and voted for the favored bills 90 percent of the time.

The member with the worst rating from the group was Sen. Donald McEachin (D-Richmond) with a 43 rating, voting for 38 percent of the chosen bills.

You can read the full report with a breakdown of each representative’s votes here.

Below is a list of area representatives from highest rating to lowest.

Great article. Can you attach a list of the bills and a brief description? It could be that some of these bills are good for business but have extraordinary environmental or other excluded costs. It’s hard to know what this means without that information.

The bills are detailed in the full report. You can read that here: http://www.vafree.com/uploads/VoteRecord%202010.pdf

Not surprised about Donald McEachin. I guess when your background is an ambulance chaser and you have a disposition which slants towards Marxism, you view business as the “enemy”. Once and for all, Senator McEachin, businesses EMPLOY your constituents. You should encourage businesses to thrive, not stifle them.