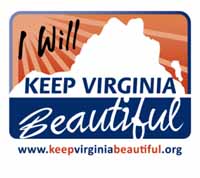 Keep Virginia Beautiful, a nonprofit that works with communities to reduce litter and waste, has launched an interactive social outreach website.

Mike Baum, executive director for KVB, considers the new site a springboard for environmental organizations and an easier, more efficient way for people to access information about these groups.

“The goal is outreach, a resource for events and people to post information,” said Baum.

The structure of keepvirginiabeautiful.org is meant to serve as a one-stop source for environmental news, events and activism for organizations throughout Virginia.

In January 2010, KVB received a $100,000 grant from Altria to establish a new mission, hire an executive director and set goals for the new KVB.

The new site is similar to Facebook: Individuals and nonprofits can sign up and create individual profiles and blogs and network about environmental events and outreach going on in the state.

“The website is its own social network,” said Scott Dickens, president & executive producer of Rocket Pop Media, who developed the concept for KVB’s website.

“It’s a fantastic benefit to organizations that are less funded and underrepresented,” said Dickens.

Dickens said that before the KVB changed its site, there were no resources that compiled information for environmental organizations on one site.

“It’s really an aggregator of all information. We’re filling a void,” he said.

The website, which took about six months to develop, is part of KVB’s four-stage strategy to support their statewide environmental efforts. The group focuses on five areas: litter prevention, waste reduction, recycling, beautification and environmental education.

As of Monday, 43 individual members and 21 groups had signed up for the site.