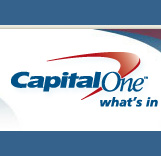 Capital One is moving back to a building it once occupied in Innsbrook.

She said the company is taking back the space to accommodate growth.

Last year the company bought two office buildings previously occupied by Wachovia Securities and announced it planned to add around 700 jobs in the area and 300 more across the state through the end of 2011.

Rakes said the company has hundreds of open positions in the area.

The office building, known as Liberty II Plaza, was developed as a build-to-suit for the company in 2000. The company had emptied in the building in 2007 when it laid off hundreds of area workers.

This is the second major commercial real estate move in Innsbrook lately. In March, BizSense reported that Snagajob was doubling the size of its office footprint to 70,000 square feet.

Would you really want to go work for this company knowing that this same company will likely just lay you off again?

The sad part is that many of the people laid off in 2007 are likely still looking for jobs.