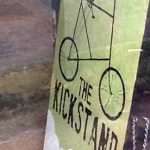 Lamplighter Roasting Company took over a derelict gas station in the Fan and transformed it into a neighborhood hot spot.

Now the owners of the coffee shop are looking to recreate the magic in Scott’s Addition and eventually the East End.

Co-owner Noelle Archibald said that in November she is opening The Kickstand, which will serve brewed coffee, sandwiches and pastries at 1717 Summit Ave.

“That whole neighborhood is just booming right now,” Archibald said. “It is kind of like when we opened Lamplighter in an underserved pocket in the city. People were skeptical about that, but now we are seeing a lot of action.”

Kickstand will occupy the former front office of the warehouse property. The rest of the building is used by Richmond Cycling Corps, which in addition to training underprivileged youth in the sport of cycling, recently began offering private cycling classes and bike repairs and sales by appointment.

“We are hoping to be a gateway for the community to get them in the building and see what [Richmond Cycling] is doing with the space,” Archibald said.

The building was previously owned by developer Justin French. Craig Dodson, founder of Richmond Cycling, bought the building out of foreclosure with partner Scott Coleman. Before his financial and legal troubles became public, French sponsored Richmond Cycling and was donating the space to Dodson. 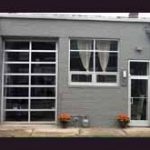 As for Lamplighter, Archibald said its first year and half in business has far exceeded the expectations she and husband/co-owner Zack had.

Lamplighter, which is named after a type of double-decker bicycle, continues to deliver roasted coffee by bicycle to area residents and businesses. It also operates a mobile coffee cart called the Lightpost.

“We are finally at a point where it’s sustaining itself and operating really smoothly, so we can pull back and see what’s next,” Archibald said.

In addition to Kickstand, the next step includes leasing a commercial kitchen with Pizza Tonight, a company that sells homemade pizza ingredients, to help pick up catering gigs.

Archibald said they are also in the process of securing their next expansion location.

“In the next year, we are looking to open a location in Church Hill,” she said. “It’s in the works.”

That’s great! Lamplighter does a great job, and has attracted a lot of business. I’m glad to see their success is allowing them to expand to another location.

Very cool. Love Lamplighter, am pulling for Kickstand. Any bicycle-themed business has my vote!

Love Lamplighter – they’ve done wonders for our neighborhood!!! Best wishes with the expansion!

Great synergy with RCC. Best of luck in Scott’s addition.

I am going to hunt for this business on my bicycle!! Hope to see you in Scotts Addition too!

I love Lamplighter…I just hope they’re not trying to do too much at once. That’s a lot of expansion for such a short period of time…Has any consideration been given to serving beer and wine, too?

Lamplighter is great place to stop on your way home if you’re a bike commuter headed for the West End. That’s how I found it!

FWIW, Lamlighter is not located in the Fan. Near the Fan would be approriate, and accurate. It’s about as close to the Fan as, say, Belmont Pizza…but nobody with basic knowledge of City hoods would say that pizza joint is in the Fan rather than the Museum District. I know its minor, but it gives the impression of an innaccurate view. Folks that live in the suburbs and work at Innsbrook, for example, tend to think the Fan starts at Willow Lawn and Ends at Shockoe Slip. Thats fine, we all have misconceptions….but a published author should get these basic… Read more »

The Fan constitutes Belvidere to the Boulevard and Broad to I95. Lamplighter is clearly within that district. Even if you are using Cary St. as the southern border, what would you call the area between Cary and I95? If you can’t come up with something then I propose it be called the Lamplighter District.

It’s in the Fan. The other side of the Expressway is Byrd Park and Randolph. How is this not the Fan?

A better debate would be what is the western perimeter of the Museum District? I-295? But all the museums are east of Belmont. Is Carytown just either side of Cary Street, or does it include the side streets that feed into it, or the blocks north and south of it? What’s the neighborhood between Cary Street and the Expressway between Nansemond and Boulevard called?

Um, definitely not I-295 because that is like 5 miles away. I think you mean 195. The west boundary of the Museum district is 195, the other boundaries are the Boulevard, Broad St and Cary St., although some would probably argue the nature of the southern border being Cary. City mandate, Lamplighters in every neighborhood. Please come to Church Hill, we are sick of Captain Buzzy. Git R Done.

“What would you call the area between Cary and I95?”
*****
I have heard it called “SoFa” for “South of the Fan.” I think that’s a cool name and it should stick!

I agree with Michael Jones in saying that is not the Fan. The National Register entry for the Fan District shows the southern boundary being the alley between W Main and W Cary streets. The historic district south of that, where Lamplighter and the old trolley barns are, is called the Fan Extension. More info here: http://fanofthefan.com/2011/05/the-fan-area-historic-district-extension/

SoFa does sound cool, could be the next SoHo. Keep it going.

i’ve never seen a bunch of people argue about what is and what is not the fan. you really want people to use ‘fan extension’ when referring to that area? really? oh boy.

How about instead of arbitrarily dividing obviously geo/topographically contiguous areas we just call the fan the fan, Randolph Randolph, Scott’s Addition Scott’s Addition. I think considering the area surrounding lamplighter to be the fan is vastly more sensible then concocting a new name for an area 3 blocks wide. Or is everything south of main and north of the downtown expressway not white enough for you?

Awesome, Crossroads v2.0… Great idea, take something decent, get greedy and ruin it, and gentrify Richmond some more while you’re at it.

Gentrification is a good thing you know.