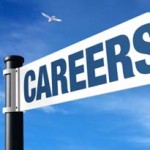 Virginia Bell Flynn joined Troutman Sanders as an associate to its financial services litigation practice group. Prior to joining the firm, Flynn served as a judicial law clerk to the Honorable R. Terrence Ney, 19th Judicial Circuit in Fairfax. Flynn attended law school at Washington and Lee University and The College of Charleston as an undergraduate.

Molly Gordon joined Baskervill as an interior designer for the corporate team. Gordon most recently worked at Evolve Architecture. She attended the University of Tennessee Knoxville.

Alan Todd joined Baskervill as building information modeling manager. He most recently worked for OTJ Architects. Todd had a master’s from Virginia Tech.

Chris Nadder has been promoted to field operations manager at Gumenick Properties. Nadder has been with the company for 11 years and was most recently a warranty service manager.

William J. O’ Flaherty was promoted to senior analyst at Matrix Capital Markets Group. He joined the firm in August as an analyst. O’Flaherty was previously an analyst at Wells Fargo in New York. He attended the University of Virginia.

Shane Tippett has been promoted to executive director of Lewis Ginter Botanical Garden. Tippett has served the Garden since 2004 as assistant director for finance and operations.

Grace Chapman will join Lewis Ginter Botanical Garden as director of horticulture effective Oct. 18. Most recently she was horticulture supervisor at the Ambler Arboretum of Temple University in Ambler, Pa.

Lesley Bruno joined the Greater Richmond Chamber as director of marketing. Bruno previously served as director of public relations and marketing at the Valentine Richmond History Center. She has a master’s from George Washington University.

Chrystal Neal joined the Greater Richmond Chamber as director of creativity, innovation and special projects. Neal was previously the executive director of C3: The Creative Change Center. She attended the University of Richmond.

The following have been appointed to the 2011-12 board of the Richmond District Council ofthe Urban Land Institute: