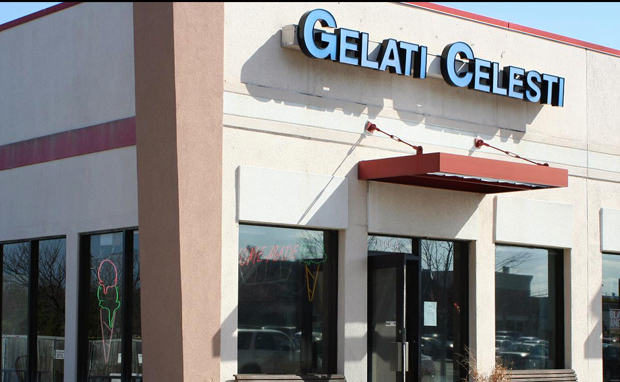 After serving sweet treats in the West End for 28 years, a local ice cream shop is finally crossing the James River and adding a second location.

Gelati Celesti is expanding to the Stony Point Shopping Center in April.

“We’re churning it out Monday through Friday, all day long, and this will give us the ability to make more,” owner Steve Rosser said. “We will be able to make about 45 percent more ice cream this year.”

Gelati Celesti is in an 800-square-foot shop in the Gold’s Gym Plaza shopping center on West Broad Street. All the ice cream is produced in a warehouse on Dabney Road.

Peter Edmonds, a longtime friend of Rosser’s, started the business. In 2010, Rosser, 55, purchased Gelati Celesti. Rosser said he started thinking about a second location in May.

“Peter built a wonderful business, but he wasn’t interested in growing it,” Rosser said. “We agreed it was a great opportunity to grow the business because of our reputation.” 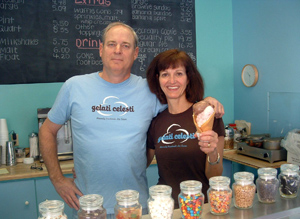 Rosser leased a 1,150-square-foot shop in the Stony Point shopping center across from the Martin’s off Huguenot Road. Divaris Real Estate handled the lease negotiations.

Rosser said the new spot should lure in a fresh crop of customers.

“We wanted to focus on the Midlothian/Bon Air area,” he said. “Many customers are coming from Chesterfield County, so the new location will be closer for them.”

Rosser said the new shop will have seating for 20 and a courtyard to accommodate the rush on hot summer nights.

Rosser said that despite the name, the business makes ice cream and not gelato.

And even with the booming frozen yogurt trend and ice cream chains such as Bruster’s, Cold Stone Creamery and Baskin-Robbins in the area, Rosser said business hasn’t softened.

“Frozen yogurt is different than ice cream. We appeal to the more adult crowd, so I don’t think we’ve been affected by it.”

“It’s basically our entire inventory,” Jones said. “It’s the main source of our shop’s income. It brings people back for sure.”

Rosser said his wholesale accounts have picked up in the past few months, and he hopes to snag 35 new restaurants by the end of the year.

Construction on the new shop will start in a few weeks, and fans can expect to smell the baking of waffle cones by late April.

regarding Geltai Celesti, I remember when the shop originally opened it was in Chesterfield on Midlothian Tpk. In fact the other day as my husband and I were leaving the store enjoying our ice cream we both comment on how happy we were that they relocated to a location near us in Glen Allen but wasn’t it a shame that they closed the shop in Chesterfield. So glad they are expanding ! It is a wonderful product.

Great to hear they are expanding, and I hope their choice of location proves to be a profitable one. A reasonable plan for growth, some attention to branding, an infusion of capital and this business could be prime for franchising. Based on my personal experience, their product is superior to anything out there in the marketplace.

What a great product and what a great team! Wishing you much success in your new location. I know I will do my part to make it happen!

What a great product and what a great team. Wishing you much success in your new location. I know I will do my part to make it happen!

It’s hard to believe Gelati Celessti has been around 28 years. This is my favorite ice cream shop. Good luck with the second location.

I have had the fortune of working with Steve on several occasions. It’s easy for me to say with Steve at the helm we can all expect wonderful things from Geltai Celesti. He has the passion, professionalism and business savvy to take his company to new heights.

Also my wife would agree the ice-cream is second to none!

Oh yea! I used to live near Boyers Ice Cream and I was there all the time for the Ice Cream…Moved but I still only go to Boyers or Gelati…
Great news for the economy as well.

The shop referred to in Chesterfield on Midlothian bought all their ice cream from Gelati Celesti but was not a Gelati Celesti shop. The owner of that shop wanted people to think it was a 2nd location but it was not.

Thanks to everyone for their amazing support over the years.

Great ice cream for more people! Congrats to Steve in rolling out a fantastic product. I know it will do well.

I live right down the street in WEManor and I love your ice cream…It is the BEST that I have ever had and recommend it to everyone all the time…Good Luck at your new location…Just don’t ever leave this one….:-)