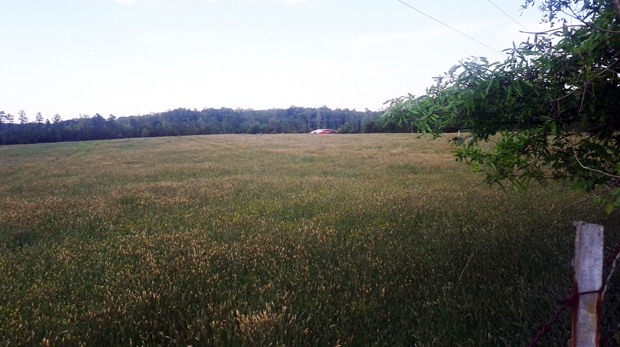 A Hampton Roads developer is getting ready to break ground on a 30-acre, 420-unit apartment complex in Short Pump.

The Breeden Company said it plans to start construction this summer on the first phase of a 17-building gated apartment development that will include one-, two- and three-bedroom apartments, a clubhouse, a pool and a fitness center.

Torrey Breeden, the company’s executive vice president, said Breeden would spend about $70 million on the development, which will be on the north side of Interstate 64 from Short Pump.

“There is a lot going on in Short Pump right now with the Gayton Road flyover going in, and this is one of the last big parcels in Western Henrico for apartments,” Breeden said.

Breeden said the first apartments should be ready by August 2013.

Breeden also owns a mixed-use development near Short Pump Town Center called Towne Center West that has apartments and a Hilton Hotel along with retailers such as Ethan Allan and Blue Ridge Mountain Sports.

According to a release on the company’s website, North Carolina-based Housing Studio is the architect for the housing project. Breeden said the contractor had not been chosen.

The Timmons Group is the site engineer.

The design will be similar to another Breeden project in Virginia Beach called Cambria at Cornerstone, a 456-unit deal. (You can see renderings here.)

The company is betting that, because financing isn’t easy to get for housing, the market is ripe for this kind of development.

Breeden said the complex was designed around outdoor social spaces such as courtyards so that people would get out of their apartments and mingle.

“You travel around to resorts, and you see all these amenities and you think ‘Why don’t we do this for apartments?” he said.

Longtime local developer Bob Atack said that the Breeden Company had picked a winner with the purchase.

“I think the decision on the property is an excellent one,” Atack said. “Will the market absorb all 420 units? Usually the market likes to do these deals 250 to 300 units at a time, so 420 is a lot of units. But it’s a superior location, and the apartment market is doing very well in that area. I think it will absorb it.”

Just what Short Pump needs, more traffic!! Henrico County only cares about tax revenue and not improving roads, ie; New N. Gayton Extension. This new road does nothing to improve traffic flow….ie; 1) NO I-64 exit to the new N. Gayton Road extension, dumping everyone onto W. Broad…..Pouncey Tract road still mostly only 2 lanes…East bound I-64 on-ramp another nightmare, with only 1 lane. NO pedestrian sidewalks under i-64 – people walking under there risk their lives walking along Broad St……Getting through the Broad St./Pouncey Tract intersection is a nightmare! Of course, Henrico County has thought about all of this… Read more »

How many more people are they gonna cram into this small area?!? I used to love going to Short Pump (4 years ago) but now I avoid it like the plague because it is a traffic nightmare. Wouldn’t it be nice if we left some tracts of land open or turned them into a park instead of trying to make sure we put apartments on every square inch of land in and around Short Pump?

Who in their right mind would want to live in short pump? I truly don’t get it

What I truly don’t get is how this is ‘resort’ living? How is this different from every other apartment development–pool, a club house and fitness center is nothing unique to this development. Also, the design is rather bleh. Yay Henrico–you’ve done nothing spectacular again.

You put an plastic oval tub in three story walk-up and it becomes a resort.

I had no idea it was that easy.

Breeden has full renderings, plot plans and floor plans on their website now.

I agree with Will and others… I don’t understand why anyone would want to either shop, or especially live, in or around Short Pump. It is ill planned, pedestrian unfriendly, corporate, hellish suburban sprawl at its absolute worst. I don’t get the attraction; though it would appear based traffic patterns that I may be in the minority on that point.

Why would anyone want to live in Short Pump?

The real question is, why would anyone want to live in Richmond? Bad crime, horrible schools, no shopping at all, no parking. Cars get broken into daily. And this is from someone who used to live downtown in lofts. Best decision I ever made was moving out of the city. It’s only good point is the restaurants.

Steve, everything you can buy in Short Pump you can also buy on lline. Short Pump could fall off the face of the earth and nobody would miss it.

You ever heard of Carytown?

I like Carytown. But to compare it to short pump shopping is insane. As a male, I couldn’t find one thing for a dude to buy there in terms of clothes. It’s the high and mighty smug attitude that is disgusting imo. It’s the same attitude of people who say they’ll never cross the river. Is there some plague on the other side? I love all the area’s in Richmond and will go to all for certain needs that I have.

Breeden is a first class company that already has retail exposure in short pump. This type of development only firms up there position in a great and still growing section of Henrico. Now if only the city could flag these guys down for a redevelopment of the Boulevard Real Estate.