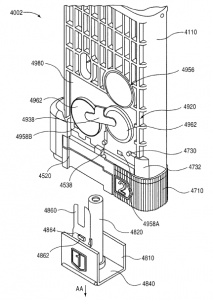 A method, technique and system is disclosed for the delivery of therapeutic agents and/or into the bulk brain tissues and other parts, tissues and organs of the body, including vasculature. A novel form of coaxial catheter provides a means for implanting an outer tube into the brain, then inserting an inner tube into the outer tube and aligning them such that port holes on both of the tubes will overlap and permit a flux of the therapeutic agent to flow into the brain in such a way as to minimize the effects of trapped air, virtually eliminate backflow of the agent, and avoid the potential for additional damage to the brain since only one surgical placement of the outer tube is needed. Similarly, the method, technique system may be utilized to remove fluids or other medium from the brain, tissues, and organs to minimize the effects of escaped air or negative pressure. 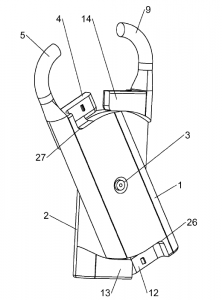 A crankcase lubricant, an additive concentrate and a method for improving water tolerance of a lubricant. The lubricant includes a) a major amount of a base oil; b) an alkali or alkaline earth metal-containing detergent; c) a phosphorus-based wear preventative; and d) a surfactant agent other than (b). The lubricant has a weight ratio of alkali or alkaline earth metal content to phosphorus content, based on a total mass of lubricant, ranging from about 1.6 to about 5.0.

Claims the ornamental design for an iron.

Claims the ornamental design for a beverage maker.

A non-fibrous, high tenacity, highly oriented UHMWPE tape or sheet of high molecular weight having a substantially large aspect ratio, a high tenacity, and a substantially higher tensile modulus. The UHMWPE tape includes an average molecular weight of 2,000,000 or greater, a width of 1/2-inch or greater, a thickness of between 0.0008 and 0.004 inch, and a modulus of between 1600 and 2500 grams per denier.

A process for the production of a non-fibrous ultra high molecular weight polyethylene tape having a width of 1-inch or greater and a modulus of 1,400 grams per denier or greater. The non-fibrous UHMWPE tape is obtained by compression molding ultrahigh molecular weight polyethylene powder at a temperature below its melting point and then drawing and stretching the entire resultant compression molded UHMWPE sheet, with no slitting or splitting of the sheet, at a draw ratio of at least 100:1. The UHMWPE tape can be produced in weights of 6,000 to 90,000 denier or greater. The UHMWPE tape of the present invention minimizes the effect of stress concentrators that are prevalent with fibers and thereby enables the tape to be drawn at much higher draw ratios than is possible with fibrous UHMWPE. When used in ballistics panels, the high modulus high molecular weight polyethylene tape of the present invention improves ballistic performance by providing enhanced dissipation of the impact energy of a projectile.

A prepreg composite material that includes a fiber layer and a resin comprising a thermoset resin component, a curing agent and a fibrous micropulp. The micropulp component is an aramid fiber having a volume average length of from 0.01 to 100 micrometers. The prepreg is useful in composite panel construction for minimizing fluid permeation into the cured structure. This prepreg is particularly suitable for making honeycomb sandwich panels. Film adhesives, liquid and paste resins containing aramid fiber micropulp are also disclosed.

The present invention relates to para-aramid pulp including meta-aramid fibrids for use as reinforcement material in products including for example friction materials, fluid sealing materials, and papers. The invention further relates to processes for making such pulp.