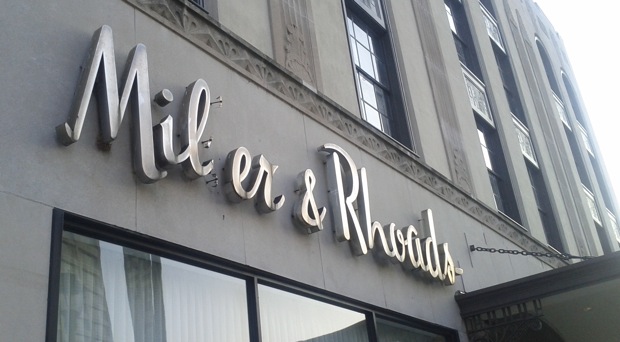 The former downtown department store got caught in a bad condo market. (Photos by David Larter)

The owners of the Miller & Rhoads residential and hotel project downtown are suing the City of Richmond over what they claim are erroneous assessments of the property’s value.

Two entities tied to New Orleans-based HRI Properties — which along with investment partners spent $110 million during the real estate boom to transform the former downtown department store into a Hilton Garden Inn hotel, condos and retail space — want the city to reassess the values of the high-profile project.

Miller & Rhoads Building LLC and Miller & Rhoads Residential Condominium LLC, which respectively own the residential and hotel portions of the property at Broad and Sixth streets, each filed separate suits in Richmond Circuit Court on July 9. 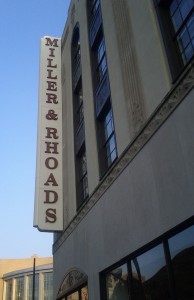 At issue are the tax abatements the developers received for rehabbing the property. The abatements are determined by calculating the difference between the assessment values before and after the property was redeveloped. In most cases, the value of the improvements a developer makes to a building is exempt from real estate taxes for a certain amount of time.

The developers allege in the suit that the assessment on the residential portion doesn’t reflect fair market values and are seeking to have the taxes reassessed for 2010, 2011 and 2012. HRI is also seeking to be repaid the difference it claims to have been overcharged. The project was initially developed as condos but came to market at the height of the real estate bubble.

Rick Jarvis, a principal at One South Realty, said that condo values have dropped by about 30 percent since the market collapsed during the recession.

In the case of the hotel assessment, the LLC alleges that the city’s assessment doesn’t accurately reflect the value of the improvements to the structure, meaning that the developer is paying more in taxes than it would if the improvements had been assessed at the higher value the lawsuit suggests.

Chris Connolly, vice president of finance of for HRI, would not comment on why the company was seeking the assessment adjustments, saying it was the company’s policy not to comment on pending litigation.

HRI and its partners are being represented by LeClairRyan lawyers Jack Robb and Penn Rogers. Katja Hill, a commercial real estate lawyer also with LeClairRyan, said no one at the firm was authorized by its client to comment on the lawsuits.

Richmond City Attorney Allen Jackson said he was aware of the complaints but wouldn’t comment because he had yet to be served the suits. 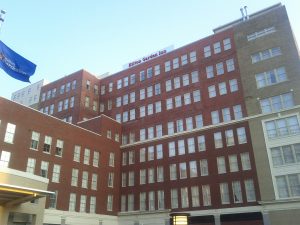 Miller & Rhoads consists of a 250-room hotel and a 133-unit condominium project that launched in early 2009 in the throes of a bear condo market, when financing was difficult for all but very wealthy buyers.

Taylor Steele of Virginia Realty, who for a time sold condos at Miller & Rhoads, said that during the first year of the building’s operations, the owners sold three condos. Steele said his company came on later and managed to sell an additional 18 units but, by December 2010, the company began testing the rental market.

“They tried to rent a few, and they were snatched up so quickly that they decided to rent whatever they could,” Steele said. “It got to the point that we couldn’t sell them because they were renting so many, and a few months later we went our separate ways.”

HRI’s Connolly said that all the residential units are either owned or leased. City records show that about 20 of the 133 original units are owned. Rents run from $900 to $2,050 for the one- and two-bedroom apartments, and cash flow on the building has been good, Connolly said, although he did not give any specifics.

None of the approximately 20,000 square feet of street-level retail space in the building has been leased. Susan Jones, a broker with Grubb & Ellis | Harrison & Bates who represents the space, said that activity for the spaces has been picking up but that the recession took its toll on downtown leasing.

“We’ve been targeting restaurants,” Jones said. “But when the spaces were ready, we were in the middle of the recession, and restaurants were some of the hardest hit.”

Jones said she was working on several requests for proposals for the spaces but that there were no announcements to make on tenants yet.

I have lived in Richmond for 12 years and in the last few years restaurants have been opening at an astonishing rate. There are probably five just in the city that will open in the next few months and there are two large scale establishments in this area alone that have opened in the last year with more on the way. If they are still unable to rent to them, then there is something else wrong besides the economy.

The City assessor’s office has been extemely aggressive with business properties resulting in numerous lawsuits. Perhaps this would make a good overall story for RBS…