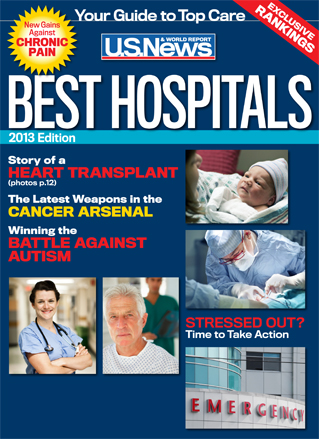 VCU also was in the top 50 hospitals nationally in four specialties, landing as high as 28th in nephrology. The hospital placed 39th in orthopedics, 36th in pulmonology and 45th in urology.

VCU Medical Center also ranked in the top 25 percent of all U.S. hospitals in eight other categories. Bon Secours made that list in eight total specialties, and Memorial was highly touted in five.

U.S. News also named the VCU Medical Center one of only nine highly-performing rehabilitation hospitals, as determined by an additional survey of medical specialists.

A total of 24 Virginia hospitals made the rankings. The survey included 4,800 hospitals nationwide and ranked 732 as top regional hospitals.