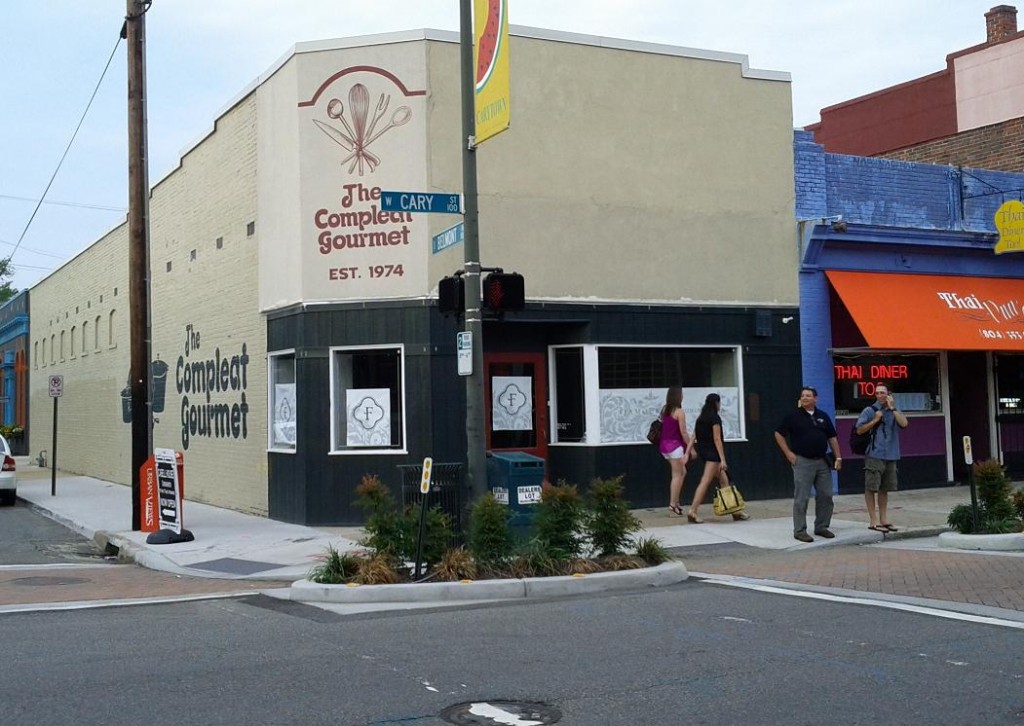 Carytown is getting a little more intimate.

Sheri Harabedian and Danyelle Evans are opening Fiamour, an intimate-apparel store, in the recently vacated retail space that for almost 40 years housed the Compleat Gourmet.

They’re leasing the 2,600-square-footspace from Leslie Fellows, the former owner of Compleat Gourmet, who still owns the building at 3030 W. Cary St.

The two hope to have the store open by the end of September and will then focus on building out the website to sell their products online.

Evans said she and Harabedian saw a need for a lingerie store that didn’t cater only to younger women.

“We’re both moms, and we’re older,” she said. “There’s just not a lot out there for us. If you look at what’s commercially available, like Victoria’s Secret, they cater to teenagers. We wanted something for real, average women, in addition to things for 20-year-olds with perfect figures.”

Fiamour will offer bras sizes from AA to K, as well as bras and fittings for women who have had mastectomies.

Fiamour will carry higher-end products from Europe and Canada but will also have items with a lower price point.

“We’re going to focus on more luxury products, but we also know that not everyone can afford, you know, hand-woven lace,” Evans said.

Evans said she and Harabedian wanted to offer lines and products that were not available locally.

The two women have been friends and neighbors for a decade, Evans said. It was Harabedian’s idea to open a lingerie store and she asked Evans to be a part of it, Evans said.

Harabedian and Evans hired a marketing firm which is how the name Fiamour – a contraction of the Italian words for “flame” and “love” – came to be.

Evans declined to comment on how much money has gone into getting the store up and running. She said it is being financed with a combination of personal savings and a bank loan.

The space will have room for Fiamour to host after-hours private events such as bridal showers and lingerie parties (think Tupperware parties, with bras and panties). They will also host charity events in the space, she said.

I think this is absolutely WONDERFUL! I can’t wait to go visit it. I am a 30 year old woman who like many other women after having children has left me feeling really un-sexy. I absolutely refuse to go into Victoria Secret. That place makes me feel very very uncomfortable. I do not look anything like the models that are in the store. I’m really excited that there’s going to be a place for real women! Way to go!!!!

Congrats to Sheri Harabedian and Danyelle Evans – I had the opportunity to work with Sheri a bit on Fiamour through her involvement in the GATE program & this is going to be a huge success. I’m certainly going to do my share in purchasing items for my wife (really for both of us ;-). Also, thanks for covering this story RBS.

Fiamour is an amazing store and the owner’s have really done their homework to know what will work in Richmond! In addition to that, they are super nice and helpful. I took offense to the title, “Will sex sell in Carytown” by Scott Wise, b/c he obviously doesn’t know what this store is all about. Fine lingerie is about a whole lot more than sex, it’s about how a woman feels about herself and I think that the main goal of these two owner’s is to make women feel fantastic and also provide a service that has not been offered… Read more »

I have been a customer at Blythe in Short Pump for many years now, and it seems like Fiamour will be very similar. What brands are they carrying? I live closer to the Carytown area and am really interested to know more about the store. Thanks!