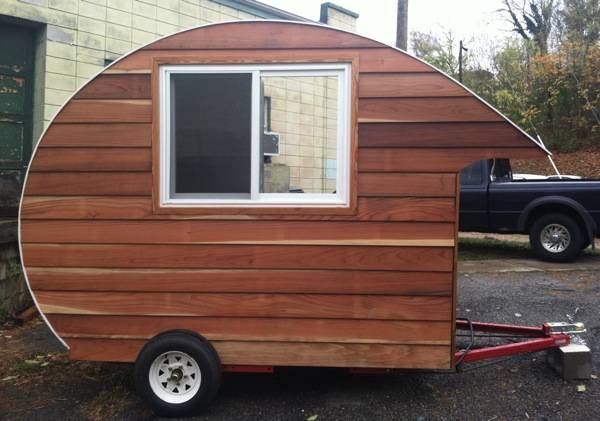 Richmond is in for a taste of West Coast coffee culture.

Alchemy Coffee, a mobile coffee shop modeled after sidewalk cafes in Portland and Seattle, is set to open in Richmond this month. Owner Eric Spivack said he started his business to fill what he sees as a void in the local coffee market.

“I’m targeting the morning commuters who don’t have time to brew fresh coffee at home but might not be happy about the quality they’re getting at Starbucks,” said Spivack, 34, who quit his job at Altria and committed to Alchemy full time in the spring.

Alchemy will park its small wood-sided trailer on East Cary Street between 9th and 10th streets on weekdays. Spivack said he plans to open at 7 a.m. and brew though the afternoon.

A self-described “coffee traditionalist,” Spivack said Alchemy would offer hot and iced espresso drinks along with drip coffee. He said he wants to keep the recipes simple so he doesn’t overshadow the natural flavor of the beans.

“I’m not messing around with all these mint, pumpkin spice type of flavors,” Spivack said. “I really want people to focus on the taste profiles of the coffee, which you lose if you add too much to it.”

Local roaster Blanchard’s will provide the beans for Alchemy’s espresso drinks, and Spivack will get the rest of his supplies from North Carolina-based Counter Culture Coffee.

Including equipment costs, building the trailer and installing plumbing and electricity, Spivack said it took about $35,000 to get Alchemy up and running.

He financed part of the startup costs with personal savings and said he hopes to expand soon.

“Six months from now, I hope I’ll be able to walk into a bank and say, ‘Hey, I have a model here that really works,” Spivack said.

Eric,
Way to step out on a limb and go for it!

Excellent. I like everything this guy says. I’m on my way to purchase a cup in a few short minutes.

The next time I drive downtown you can be assured that I’ll stop to buy a cup!

My office is so excited to have Alchemy Coffee right out front of our building. Best of luck to Eric!

Eric – this is the cutest coffee vehicle I’ve ever seen! Now I need to come down to Richmond and try some traditional brew! Good luck!!!!!!!

How cute is that!

Espresso was awesome. Best of luck!