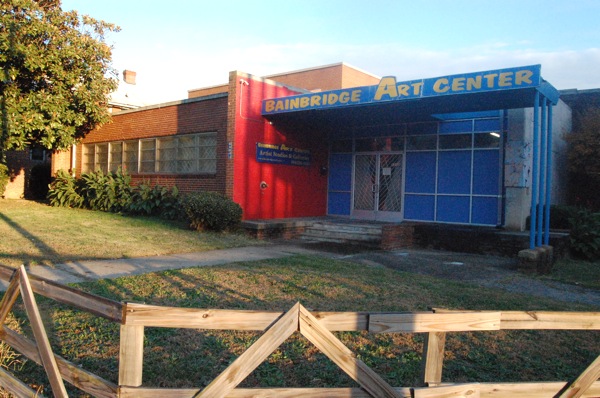 The Daily Planet, a local nonprofit clinic that offers medical, dental and vision care to Richmond’s homeless population, is once again searching for a location to open a satellite facility.

In September, the clinic filed plans with the city to convert a 9,400-square-foot former art gallery at 1312 Bainbridge St. in Manchester into the new medical respite facility. But the city planning commission declined to support the project.

“It feels like we’re back to the drawing board,” executive director Peter Prizzio said. “We serve a population that is not always understood by the community, but we provide a very important service.”

Prizzio said the new space would eventually house the Daily Planet’s medical respite program, which supports patients who are healthy enough to be discharged from a hospital but don’t have a secure place to continue their recovery.

“It was designed to prevent these people from ending up back in the hospital,” Prizzio said. “We keep recuperating patients in a safe, stable environment.”

According to a letter from the planning commission to clinic, the proposed use of the building was not in line with the overall development plan for the surrounding neighborhood.

“The proposed facility would not be limited to serving the everyday convenience needs of the residents in the neighborhood, but would likely result in traffic, noise and other impacts that result when patients are drawn from outside the neighborhood,” the letter said.

The project also drew opposition from the Manchester Alliance neighborhood association. Alliance president David Bass said the proposed use conflicts with goals the alliance has for the neighborhood’s development.

“We support the mission of the Daily Planet, but we don’t think it’s compatible with our neighborhood,” Bass said. “The current zoning plan doesn’t allow the type of social service program they’re proposing, and the building is surrounded by single family homes.”

Daily Planet’s medical respite program launched in 2008 and currently operates out of the Rubicon building at 1700 Front St. Prizzio said the space was never meant to house the program permanently, and the clinic is looking to upgrade to a more state-of-the-art facility.

The Daily Planet can continue to petition the city council to use the space, but Prizzio said he’s unsure how the organization is going to proceed.

Wow, a modern day God’s Hotel, a book by Victoria Sweet,which chronicles a California almshouse in the 1980’s and its struggles to stay alive despite government “involvement”. Thanks to the Daily Planet for trying to provide a great service to this vulnerable medically indigent population.

NIMBY! at its finest

NIMBY at its finest. If Daily Planet wasn’t taking care of these folks, they’d be literally in the street. How would THAT fit into the Manchester Alliance’s “goals for the neighborhood’s development”?

I’ve worked for years, as a non-profit BoD member and volunteer, with the homeless people of RVA, and as a group they’re pretty amazing. As individuals, they’re even more amazing. If the Manchester Alliance truly wants to build a community, it should embrace ALL the members of that community. Not just the yuppies…

But the yuppies pay taxes, vote, and likely know the politicians on a personal level. Having that said, this really is a important mission that Daily Planet executes. If not Manchester, what about the area by the CVFB?

Wow that is all I can say! So many people think that if you are homeless you are a criminal and a druggie. These people have just had rough times and need all the help they can get. Mr. Bass and the rest of his association need a wake-up call.

The irony is that BEFORE it was an “Arts Center” (ie before 2002) it was the closed Bainbridge MEDICAL clinic for the City Health Department. It was built as a clinic in the late 1960s. It was an Arts Center for about 7 years before it closed. Now it is not a good location for a city-wide clinic. WOW!