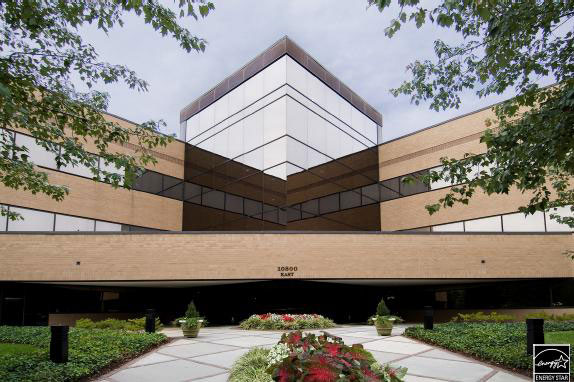 Sweet Frog is moving to the Winchester Building. (Courtesy of Cushman & Wakefield | Thalhimer)

Sweet Frog is moving its corporate headquarters from a storefront near Chesterfield Towne Center to a 7,400-square-foot space in the Winchester Building at 10800 Midlothian Turnpike.

“We’ve been in here for about a year and a half, and we’re packed in like sardines in a can,” said Taylor Carwile, Sweet Frog’s office manager. “We’re doubling our current space, which is a reflection of our growth as a company.” 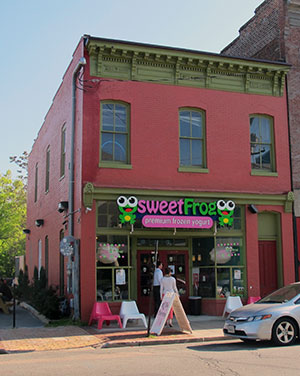 The chain plans to move its 35 corporate employees to the Winchester office building in the next two weeks, Carwile said.

Carwile said the growth of franchise sales, support teams and the accounting department created the need for new space.

The company has opened a store in England and is eyeing expansion into South America.

Hertz bought the Winchester Building as part of a $25 million deal last year when Parkway Properties sold off its office holdings in the Richmond market.

Rent at Winchester is listed at $16.75 per square foot per year, according to a Thalhimer flier.

Dang! Are they hiring??

Yes we are! Our open positions can be found on the careers link of our website!

30 Gs for a franchise? Plus a portion of sales? That seems too low.

John — $30,000 plus a monthly royalty (and, usually, a monthly advertising fee) is fairly typical in franchising. Fees vary based on industry.

Sweet! Looking forward to welcoming Sweet Frog to the building!

Obviously frozen yogurt allows for a much smaller starting cost. Good for those who can’t jump into something bigger.

Interested in information about opening a Sweet Frog Franchise in Tulum, Mexico or in Brazil. Please send. Thank you.

Would really like to see someone open a shop in winter haven fl. With our winter visitors and year round hot temps you would be a great hit.PLEASE open a shop in our city.