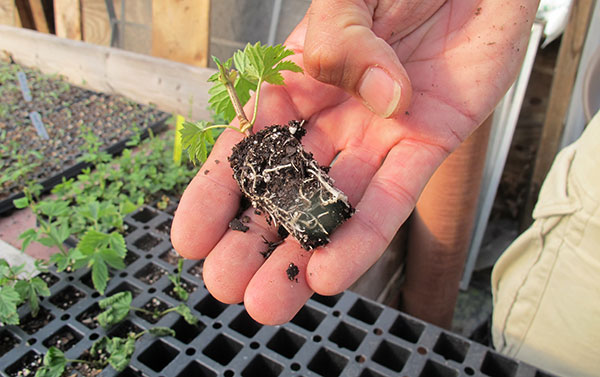 A startup is taking root on a century-old blueberry farm in southern Chesterfield to help supply the growing craft beer industry.

Piedmont Hops, a year-old company that grows and sells the ingredient that gives beer its distinct flavor and bitterness, aims to get locally grown hops into homemade and craft brews in Virginia and North Carolina.

“We won’t be able to grow enough hops to supply a brewery with what they need for a house brew,” said co-founder David Goode. “We’re going after the seasonal, niche brews. We’re committed to making this as successful as we can on a small scale.”

Goode oversees the company’s quarter-acre hops plot on a farm south of Chesterfield, and his partner Steve Brown runs a smaller operation in Chapel Hill, N.C. 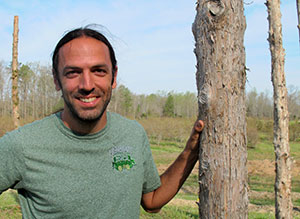 Goode and Brown started planting hops about two years ago. They just wanted enough to use in their own home brews, Goode said.

Last season, they expanded the operation to 70 plants and decided to turn their hobby into a business. Now they have about 250 plants.

“With hops farming, you don’t get much out of the first year,” Goode said. “It’s all about Year 2, Year 3. We’re building it up gradually.”

Hop plants are natural climbers, and they can reach heights of 20 feet. During the peak season, Goode said, the plants can grow up to eight inches in 24 hours. Piedmont Hops’ crop is harvested by hand.

To cut down on startup costs, Goode said, they built an adjustable trellis out of downed cedar trees and cables.

“Whatever materials we have, we’ll use,” Goode said. “It can take thousands and thousand of dollars to set up a hops farm. I think we came in around $500.” 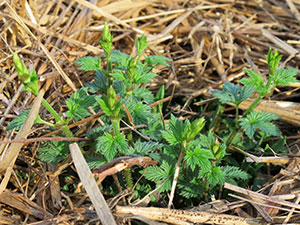 There are about six small-scale hops growers in central Virginia and less than 10 acres dedicated to hops farming across the state, said Jonathan Scott, owner of Homegrown Hopyards. Most hops farms are based in the Midwest or on the West Coast, he said.

But demand is at an all-time high, largely due to the rise in craft breweries across the country. More than 2,300 craft breweries operated in the United States in 2012, according to the most recent data from the Brewers Association. That’s up from about 540 in 1994.

Scott, whose business is an advocacy group for area hops growers, worries that there could be a hops shortage in the next several years.

“When I hear about all these new breweries coming online, the first thing I think is ‘Where do they get their hops?’” Scott said.

Trae Cairns, owner of Goochland’s startup Midnight Brewery, said he sources most of his stock from Hopunion, a network of growers in Washington and Oregon. He uses between eight and nine pounds of hops per month.

“We don’t go through too many hops because of the size of our operation,” Cairns said. “But we’d love to buy locally as long as they’re competitively priced.”

“When [Piedmont Hops] gets to the point where we can start buying direct from them, we’ll take everything they can give us,” Henderson said.

Brown and Goode met as students at Western Carolina University, near the craft beer mecca of Ashville, N.C.

They both have full-time jobs outside Piedmont Hops: Goode helps run Swift Creek Berry Farm on property that has been in his family for more than 100 years, and Brown works for an electric company and has a background in sales.

“The industry I’m in, you work inside a lot, and you don’t always see the fruits of your labor,” Brown said. “Being able to go down and work on the hops is a great feeling.” 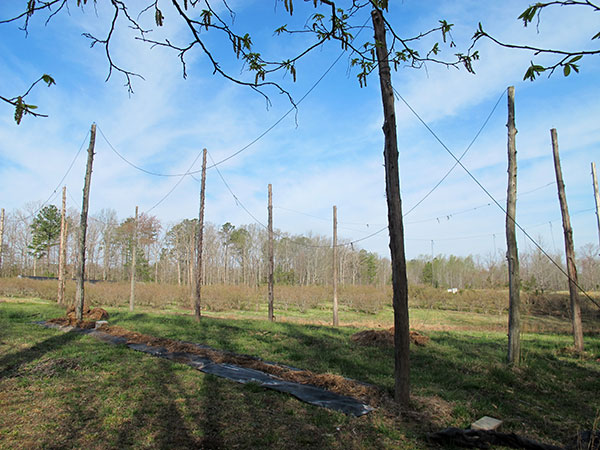