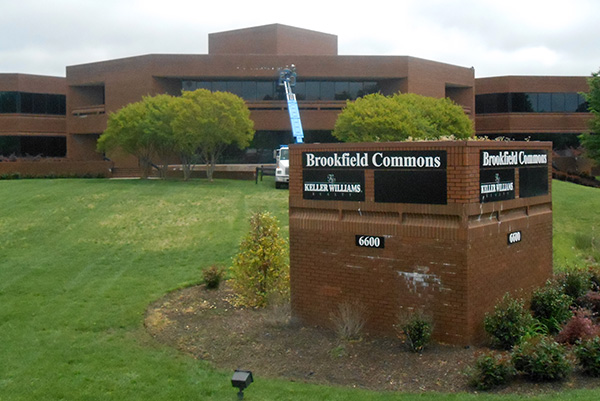 Correction/Clarification: The original story on Brookfield Commons contained a number of inaccuracies derived from a report from the commercial real estate tracking firm Trepp. The special servicer on the property is now C-III Asset Management, not LNR. The loan is not in default. Thalhimer Realty Partners is now managing the property and is working on a loan modification to prevent foreclosure. The original story incorrectly stated the building had only one tenant. It has two remaining tenants: Gumenick Properties and Keller Williams Realty, which take up 30 percent of its space. The building lost its two main tenants, University of Phoenix and Virginia Department of Transportation, on April 30.

The owners of a 92,000-square-foot office building on West Broad Street are in trouble with their lender.

Brookfield Commons at 6600 W. Broad St. in Henrico is headed to foreclosure, according to Trepp, a commercial real estate tracking firm.

The building, which fronts the Genworth Financial campus, is owned in part by Boston-based real estate investment firm Direct Invest. The 6.8-acre property lost two of its largest tenants in the last year.

Its ownership structure allows for up to 35 smaller investors to own a piece of the building property. Thalhimer Realty Partners now manages the property for so-called “tenant in common” group.

The ownership group is working to modify the loan and avoid foreclosure, according to the report.

According to Trepp, the ownership group owes $7.87 million on an $8.55 million loan originated by Citigroup.

Brookfield Commons until recently was anchored by the University of Phoenix, which leased about 32,000 square feet. The for-profit school relocated recently to 25,000 square feet at the old Borders location at 9750 W. Broad St.

The property was most recently assessed at $6.6 million, according to Henrico County records. That assessment is down from $9.2 million in 2012.

The Virginia Department of Transportation also moved out of about 28,000 square feet at Brookfield, leaving the building about two-thirds vacant.

The University of Phoenix’s and VDOT’s leases expired April 30.

C-III Asset Management is the special servicer, which means it is representing the lenders. On commercial mortgage-backed loans, the original mortgage is chopped up and sold to various entities, and servicers are hired to mange the loan when it gets into trouble.

But under the tenant-in-common structure, any modifications or new leases have to be approved by all the owners, said Louis Rogers, head of Rogers Realty Advisors.

“It’s an awkward structure,” he said. “Anything of note has to be given 100 percent unanimous approval. That can be anything from leasing, refinancing, improvements, etc. And if you are trying to find a new tenant, it means making concessions and improvements that might require capital from the investors. Some of them may not have or may not be willing to put more money into an old investment.

“In these deals, if you have an investor who is either dead or irrational, they can hold up any sort of loan modification.”

Rogers said that commercially backed loans are even more difficult to deal with because the special servicers are “notoriously difficult” to get concessions from.

“It’s different than if you have a community bank or lender,” he said. “If it’s someone like, say, Union First [Market Bank], I can either call or walk down the street and talk to the banker with whom I have a relationship,” he said. “With special servicers, you have to give a concession to get a concession.”