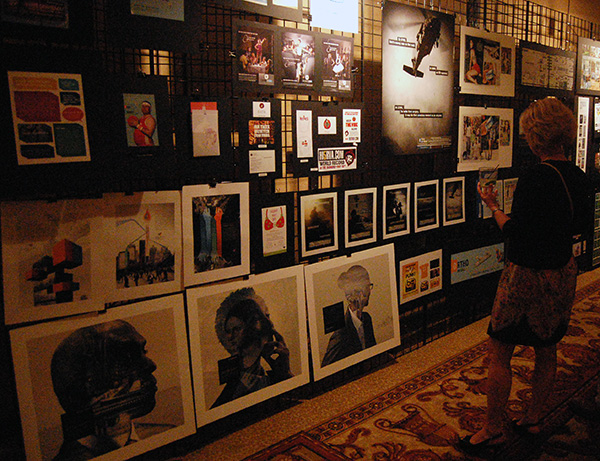 Attendees were able to view some of the winning campaigns. (Photos by Lena Price)

The Richmond Ad Club on Friday handed out 79 trophies to honor the best advertisements created by local ad firms. The Martin Agency, which invented the gecko character, took home three best in show awards: Two for its work with Morgan Stanley and one for an interactive campaign with the Geico Gecko. 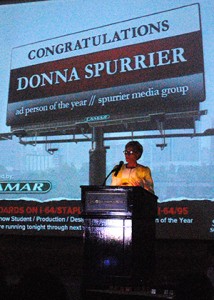 Some of Spurrier’s clients include MeadWestvaco, Union First Market and the Virginia Museum of Fine Arts.

“This is exciting and humbling,” Spurrier said. “It shows me that the Richmond advertising community is as progressive as the New York and L.A. markets when it comes to understanding how important media is.”

This is the first time in the 53-year history of the organization that a media buyer won ad person of the year.

The VCU Brandcenter and School of Mass Communication swept the student division, picking up 13 awards. Brandcenter student Amanda Younger left with a $5,000 scholarship for her work with Diamond Matches.

A panel of five judges, all from out-of-state agencies, selected this year’s winners. About 300 people attended the show at the Downtown Omni Hotel.

For a full list of the winners, click here. You can watch the aforementioned Geico ad below.