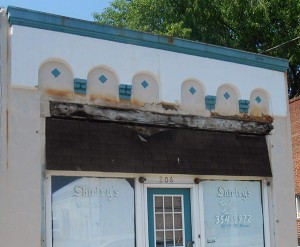 Cask Cafe and Market is opening in a former salon on Robinson Street. (Photo by David Larter)

The owners of a Fan brewhouse are heading south to open a second restaurant.

Five blocks south, that is.

James Talley and Shawn O’Hern, of Commercial Taphouse on Robinson Street, are joining David Garrett and Jason McClellan to open the Cask Cafe and Market at 206-208 S. Robinson St.

Talley said renovations on the former beauty shop would run about $100,000. The Cask is aiming for a July 1 opening.

Garrett, most recently with River City Cellars, is in charge of the wine and beer side of the business, he said. 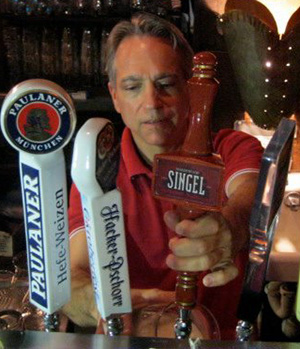 The restaurant will have garage doors that will open to the outside. Talley said he’s going for a Belgian cafe look – that is, lighter and airier than a British pub.

The location is across the street from the GRTC bus depot, a few blocks off the beaten path for Robinson Street restaurants. But Talley, 57, said he thinks the cafe will appeal to the neighborhood.

“It’s funny, I really don’t think of us as pioneers,” he said. “Lamplighter [Roasting Company] was the first to really go over there, and they’ve done really well. There is neighborhood all around there, and it’s still Robinson Street – it’s still the Fan. I think it will do well.”

Talley said the Cask will have between nine and 15 beers on tap and will have a growler program so people can take beer out. The restaurant will also have a deli case with Sausage Craft meats.

“We’re really excited about that aspect of it,” he said. “You’ll be able to buy it either raw or cooked, and they are going to have a few products that will be exclusive for us.”

Brad Hemp, one of the owners of Sausage Craft, said the Cask would be among the first places to feature some products the company is getting ready to launch.

“We are still working out the details, but, in practice, what’s going to happen is we are going to launch a slew of new products that will be featured in sandwiches and entrees,” Hemp said. “We’re going to be able to offer both smoked and cooked meats, which is something new for us.”

Meats and beers sound like a great idea anywhere

James, can you elaborate on the growler part? For example, I enjoy much of what Midnight Brewery has to offer but I am a southsider that works downtown, so Rockville is just not a destination for me. But if I could swing over to Robinson? That I would like….

Who the general contractor for construction on this renovation?

Congratulations and wishing you all the best, James!

Looking forward to checking out another great restaurant by Commercial Taphouse owner’s David Garrett and Jason McClellan. A unique location, beer, and garage doors that open to the outside? The Cask Café sounds like a success already!!