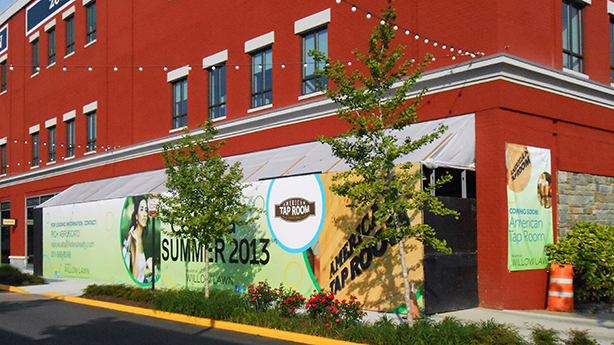 The American Tap Room location at the Shops at Willow Lawn. (Photos by David Larter)

Hiccups have pushed back the opening date for a Willow Lawn restaurant.

The American Tap Room at the Shops at Willow Lawn, originally slated for a spring opening, has been pushed to late summer because of some problems with the building, according to Shawn O’Quinn, head of business development at the restaurant’s parent company, Thompson Hospitality.

O’Quinn wouldn’t get into specifics, but he said the company should be able to get through the demolition work soon.

“I think we are looking at a late July, early August timeframe,” O’Quinn said.

American Tap Room is a small chain of pubs that features more than 50 beers on its menu. The restaurant lists four locations on its website, all in the Washington area, with two in Northern Virginia.

The menu varies among locations, but entrees include strip steaks, grilled salmon, fried chicken and waffles, and barbecue ribs. 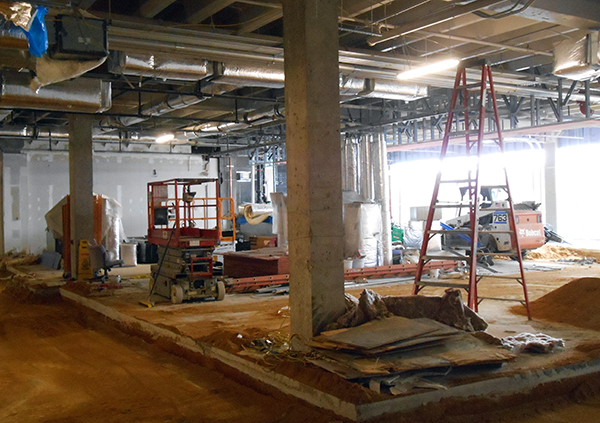 Work inside the location is ongoing.

Damn, I guess we’ll have to go the 15 other locally-owned gastropubs in the meantime…