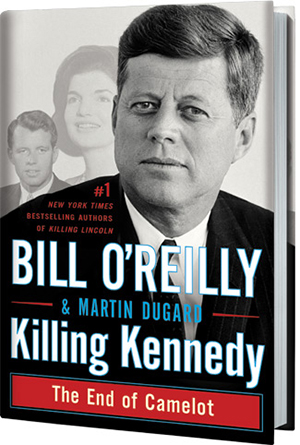 National Geographic’s film is based on a book by Bill O’Reilly.

Another presidential flick is expected to pump money into Richmond’s economy.

“Killing Kennedy,” a National Geographic made-for-TV movie staring Rob Lowe, will begin filming in Richmond on June 11. The crew of more than 100 people will be in the city through July 3, according to the Virginia Film Office.

They’re expected to do business with more than 100 local vendors, according to Andy Edmunds, director of the Virginia Film Office. That includes hotels, rental car companies, caterers, restaurants, bars and building supply companies.

“Basically, they come in like super tourists with a payroll,” Edmunds said. “We’re talking everything from buying paper clips to renting helicopters.”

Edmunds would not comment on the film’s production budget, but said he expects the movie to “leave several million dollars in the regional economy.”

“Killing Kennedy,” which is based on a book by Bill O’Reilly about the life and death of John F. Kennedy, is the latest in a string of movies and television shows to shoot in Virginia.

In 2008, HBO’s “John Adams,” co-produced by Tom Hanks, brought a $200 million budget to the region. Stephen Spielberg’s “Lincoln” spent $32.4 million in Richmond and Petersburg in 2011, according to Gov. Bob McDonnell’s office. And in 2012, “Killing Lincoln,” also based on a book by Bill O’Reilly, filmed in Richmond.

About 1,500 Virginians worked on Spielberg’s film as actors, extras or crew members.

Charlottesville-based Erica Arvold Casting is looking for extras for the Kennedy film.

Extras of “all shapes and sizes, including many Caucasian males as well as Hispanic males and females” are needed, according to the release. Arvold is also seeking toddlers who resemble the Kennedys.

Non-union actors will be paid $75 per day as extra, Arvold said.