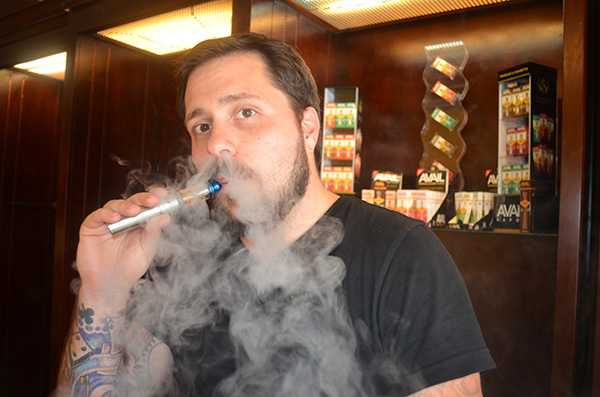 Two local entrepreneurs are breathing life into a Carytown storefront and looking to get a piece of a growing industry.

Avail Vapor, an electronic cigarette startup, in June leased 3,300 square feet at 3224 W. Cary St. The business is the brainchild of Donovan Phillips and Cole Smith, both 28, who want to convert cigarette smokers to e-cigarette smokers – or “vapers,” as they’re known.

“Not many people, if you asked them, like the burning cigarette taste. So if you can give them the nicotine now with a better flavor, then they can still feed their need without the tar and smoke,” said Phillips, a Richmond native and VCU graduate. 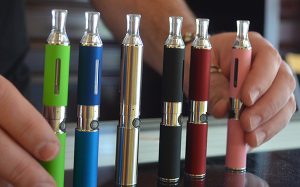 Some of the store’s e-cigarette models.

Unlike traditional cigarettes, e-cigarettes have a battery and a switch. Depending on the model, the switch is activated by a pushing a button or simply inhaling through the device. The switch connects to a coil that turns a nicotine-infused liquid into a vapor, which the user inhales.

There’s no tar or smoke, and users don’t need a lighter or an ashtray. Some businesses allow vapers to use e-cigarettes inside, because the vapor doesn’t smell bad or produce secondhand smoke.

“It’s like smoking, but without the smoke,” Phillips said.

Richmond-based Altria Group is releasing its MarkTen e-cigarette in Indiana in August, according to a product guide.

“Based on our research, we believe that approximately 50 percent of adult cigarette smokers are interested in innovative types of tobacco products,” Altria spokesperson Brian May said in an email.

E-cigarettes are projected to be a $10 billion industry by 2017, according to a Buisnessweek report. Phillips and Smith are looking to capitalize on the growing trend.

The Carytown storefront is the duo’s first. Before venturing into the e-cigarette market, both Smith and Phillips worked for Richmond-based home and garden décor company Evergreen Enterprises.

The pair spent $20,000 to put in new flooring, paint and wooden fixtures to display their products. The front half of the storefront is a retail space; a portion of the back is a designated smoking lounge, and the rest is used for storage and shipment for online orders. 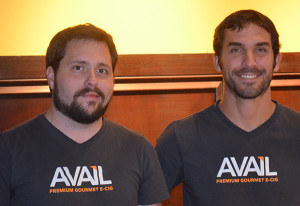 Phillips, who said he started smoking at a young age, first smoked an e-cigarette in 2008. From that point, he began researching the technology. On business trips abroad, he made contacts with manufacturers in China, where most e-cigarettes are made and where the technology was invented.

Although Avail Vapor’s hardware is produced abroad, Phillips said the company’s nicotine-infused liquid – or e-liquid – is made at a facility in Richmond’s West End. Smith would not disclose the exact location of the facility, but production of the e-liquid is supervised by Baylor Rice of South River Compounding Pharmacy.

The e-liquid contains no carcinogens, no preservatives and no additives, he said.

The e-liquid comes in a variety of flavors, including peach, hazelnut and pineapple. Avail Vapor’s store will carry about 25 flavors, Phillips said.

The e-liquid is made with varying levels of nicotine, Phillips said, so users can increase or decrease their intake.

At $4.99, one of the company’s disposable e-cigarettes is good for 160 puffs, or the equivalent of a pack of traditional smokes, he said.

A larger rechargeable model can be plugged into the wall or a USB port and costs $29.99. Each liquid cartridge costs $6.99. The company also carries smaller, colored refillable models and pipes.

E-cigarettes are not regulated by the U.S. Food and Drug Administration, but the business includes health warnings on its packaging. By law, the company isn’t allowed to claim that its products help smokers quit.

Avail Vapor is expected to open this month, Smith said. The company is already considering expanding to another location in the city.

The pair is marketing their product at vaper conventions across the country in hopes of landing distribution deals, Phillips said. 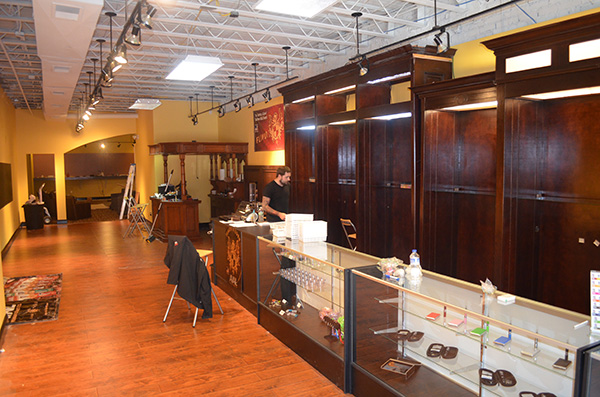 Maybe just me, but has anyone else been fortunate enough to witness this amazing invention first hand? Well I had the good luck of sitting next to someone who obviously couldnt get too far from his nicotine toy, because it was hanging around his neck… and he proceeded to create plumes of vapor (nicotine laced spit) that gloriously surrounded his face and engulfed his entire torso in billowing clouds of expectorate… Dude if you want to do this in your car or own home, have at it… but please not something I want to see while eating or any other… Read more »

Mary, I suppose you would be equally annoyed to see plumes of vapor (or spit as you so eloquently called it) coming from peoples noses on a cold winter day. Your vitrol for anything that remotely mimics the practice of smoking is annoying to me a vapor who has successfully kicked a 30 year analog habit.
Perhaps instead of being in the habit of treating vapors as smokers – which we are not – why not support us as we switch from a proven harmful habit to one that does no harm?

Mark, great article! You summed up some complicated facts about the devices very clearly. Avail fellows, sooo glad you opened the shop, congratulations and cheers! I spotted it yesterday but was in a hurry and can’t wait to come in and visit. I send away for products now, and would be thrilled to turn my business local if it works out. Mary, point taken! A little harshly written but I think many vapers would rather be a bit more inconspicuous than that guy you saw. Cheryl, be patient, this is still freaking some people out! It really is a godsend…… Read more »